So-called “Red Flag” orders, or Emergency Risk Protection Orders, are designed to empower the government to confiscate Americans’ firearms without due process of law. Aside from allowing run-of-the-mill malicious actors to indulge personal grudges against law-abiding gun owners, in the current politically-charged environment these laws enable the government to target those with First Amendment-protected political views the government disfavors.

Gun owners can be certain Red Flag laws will be abused in this manner, because a prominent gun control advocate has made clear his desire to do so.

On October 11, 2019, a person tweeted out a video of Daily Wire founder Ben Shapiro in which the conservative political commentator expressed his willingness to defend his family in his own home with a firearm.

Failed Democratic presidential candidate Rep. Eric Swalwell (D-Calif.) retweeted the video, along with the statement, “Please tell me this lunatic does not own a gun. Reason 1,578 America needs red flag laws.” This was not the first time Swalwell expressed a desire to abuse government power to attack his political enemies. In 2018, the congressman suggested using nuclear weapons on Americans who resist firearm confiscation.

I am not in principle opposed to red flag laws. But when sitting congresspeople who screw Chinese spies suggest your right to self-defense should be removed because you oppose his political agenda, that undermines the trust necessary to support such laws.

The Senate Republicans need to back away from this dangerous dance with these gun grabbing Democrats. That’s the first thing that needs to happen because this is a very dangerous road to go down and you’d be eviscerating two fundamental rights. A Second Amendment right and the right to due process along the way.

Why wouldn’t we believe that these folks are going to weaponize Red Flag laws to punish their political opponents?

NRA has repeatedly made this point about Red Flag laws’ potential to be weaponized against political foes.

Gun owners need look no further than the overheated rhetoric heaped on them and their advocates whenever a deranged individual commits an atrocious crime with a gun. The NRA, for example, has been labeled a “terrorist organization” by (among others) the San Francisco board of supervisors and the current New York attorney general. Editorialists frequently accuse the NRA of having “blood on its hands.” And members of Congress, sworn to uphold the Constitution, even attack their colleagues for standing by the Second Amendment, with one recently publicly attacking another for supporting the right to keep and bear arms. Given these inclinations, and the increasingly divisive and corrosive tone of politics and public debates, these laws are ripe for abuse.

Provided the hostile intentions of those pushing Red Flag laws, these measures pose a mortal danger to the right to free speech, the right to keep and bear arms, and the right to due process under the law. 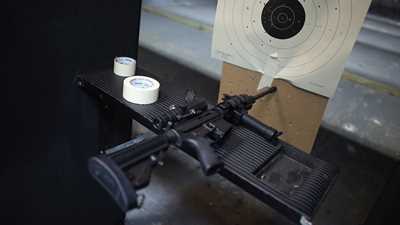