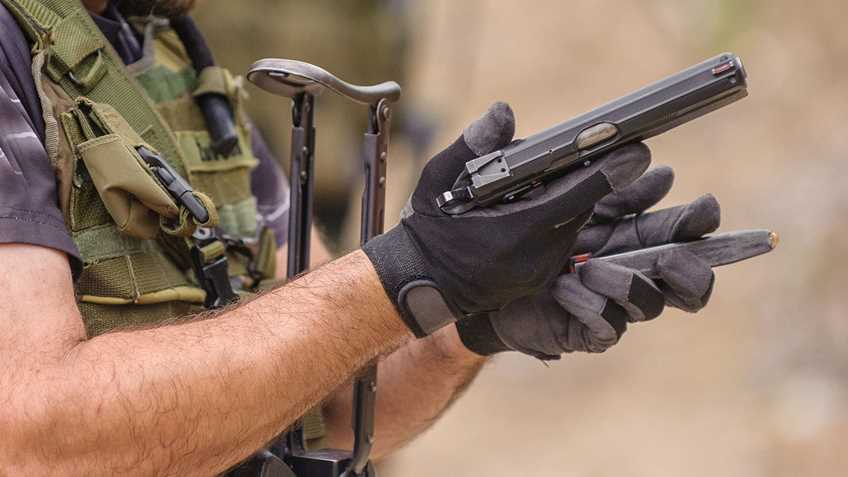 Eastern Europeans are increasingly exercising their natural right to keep and bear arms. In late February NRA-ILA noted the Ukrainian government’s plans to arm ordinary citizens as part of the national defense against the Russian invasion. This week came news of soaring guns sales in the nearby Baltic state of Lithuania.

According to a report from Euronews, “Gun buyers have been flocking to Lithuania's stores since the start of the war in Ukraine, with sales increasing up to eight times and applications for gun licences doubling.” A Lithuania gun store noted that they had sold as many handguns in a week as they sold in the previous year.

Of particular interest appears to be firearms suitable for home and national defense. Gun store manager Gytis Misiukevicius told the news outlet, “Many more clients are coming. they buy semi-automatic rifles - unfortunately, I have no more to show them, I sold them out - and handguns.”

The concern in Lithuania is understandable. The country shares a border with Belarus, whose territory was used as a staging area for part of Russia’s Ukraine offensive. Moreover, the former Soviet republic has plenty of experience with Russian aggression – some involving firearm ownership.

3. The federal Government's Resolution No. 646 of July 23, 1975, on the acquisition, accounting and keeping of hunting rifles is to be temporarily suspended, and the sale of hunting weapons is to be banned for the same period in the republic. Citizens living in the Lithuanian S.S.R. are within the next seven days to hand in all their weapons to the law-enforcement bodies for temporary keeping. The U.S.S.R. Interior Ministry is to seize such weapons in cases of refusal to turn them in. The Defense Ministry is to receive from law-enforcement organs the weapons seized from citizens and insure their safekeeping.

The move purported to halt firearm sales in the breakaway republic and provided for the confiscation of private firearms.

Lithuanian President Vytautas Landsbergis held firm against the gun control effort, responding, “This order, like any other adopted by a foreign state that pretends to claim sovereignty over Lithuania, has no legal power.”

The lessons of a communist government’s attempts to disarm a people yearning for freedom were not lost on U.S. gun rights supporters. The move made clear that civilian disarmament is a necessary component of subjugating free people and one of the first tools authoritarians reach for when their power is challenged.

Explaining its relevance to U.S. gun owners, the Richmond Times-Dispatch Editorial board noted,

Mr. Gorbachev’s decree demonstrates exactly why many Americans consider gun control to be a dangerous thing. It requires only a small step for a state to compel the surrender of weapons when it has a complete list of those who own weapons.

NRA ran full-page newspaper ad highlighting the Gorbachev gun grab and the threats facing U.S. gun owners at home. NRA Executive Vice President J. Warren Cassidy cited Lithuania’s struggle in the May 1990 edition of America Rifleman, asking, “Has there ever been clearer testimony to the genius of our Founding Fathers in their determination to thwart the natural political instinct to render one’s opposition defenseless?”

As Eastern Europe comes to understand the importance of an armed citizenry in confronting aggression, Americans should come to further appreciate our right to keep and bear arms and the U.S. Constitution that protects it.