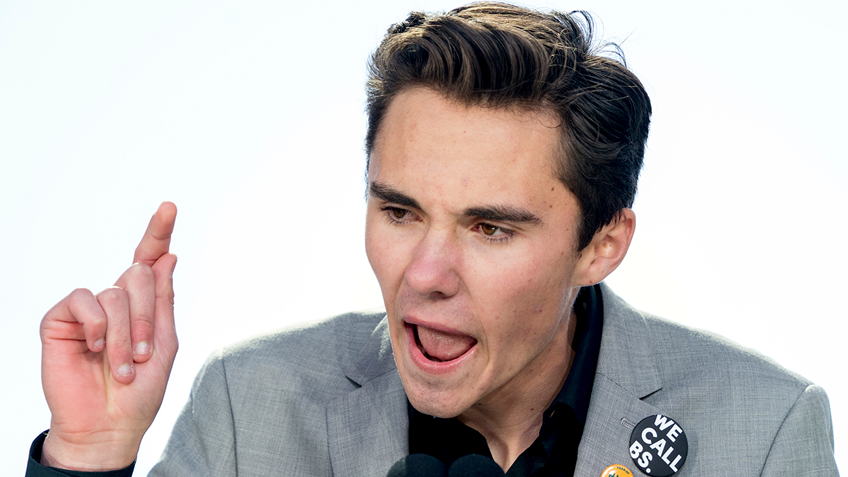 The Russian invasion of and resulting war in Ukraine has placed America’s gun control activists in a terrible position – trying to reconcile support for Ukrainian resistance and defense with an uncompromising stance of banning semi-automatic firearms, standard capacity magazines and other measures to disarm a civilian population at home.

David Hogg, who has made a career out of his anti-gun movement, is one example of this cognitive conundrum. In between tweets on the need to “stop[] Putin in Ukraine before he goes through Poland and beyond,” and urging the Russian people “[r]ise up against your dictator, stop killing innocent people!,” he’s been posting demands that the Biden Administration live up to its campaign promises on guns and “put in action a comprehensive plan like the one [Biden] proposed.”

Joe Biden campaigned on an extreme gun control platform that included, besides bans on “assault weapons” and so-called “large capacity magazines,” incentivizing states to create “gun licensing programs,” “reducing the stockpiling of weapons,” and measures to eventually “ensur[e] that 100% of firearms sold in America are smart guns.”

March for Our Lives, the activist group founded by Hogg, likewise calls for “a ban on assault weapons, high-capacity magazines, and other weapons of war,” along with a reexamination of “the dangerous District of Columbia v. Heller interpretation of the Second Amendment”– the Supreme Court’s unequivocal statement that the Second Amendment protects an individual right to possess firearms for lawful use. March for Our Lives goes even more full-auto progressive and condemns firearms as racist, sexist tools of political oppression: “Armed supremacy is the use of guns and the threat of gun violence to reinforce power structures, hierarchies, and status. It is how individuals or groups of people reinforce their perceived value relative to those with less power. It is how white supremacy and patriarchy survive.”

Ukrainians – who are literally fighting, not marching, for their lives – are resorting to more reliable means. One source indicates boys and girls are taught at school about shooting and firearm use, and the country has over 700,000 legal gun owners, with gun shops reporting long queues and brisk sales. On March 03, the law enforcement committee of the Ukrainian parliament unanimously voted to lift all restrictions on the use of firearms by civilians in resisting the invasion.

On February 24, President Zelensky (“I need ammunition, not a ride”) advised Ukrainians that “[w]e will give weapons to anyone who wants to defend the country. Be ready to support Ukraine in the squares of our cities.” Two days later, more than 25,000 rifles and 10 million rounds of ammunition had been distributed in Kyiv alone.

A poll posted on the twitter account of the country’s national guard on March 2 showed that 80% of citizens were ready to personally take up arms to defend Ukraine.

The civilian defender volunteers come from all backgrounds – an economist for an online retailing company (“I never served in the army or with the police or anything”), a nightclub manager (“Everybody in our country needs to defend – women, girls, everybody”), a performer from the same club (“There wasn’t even anything to think about. We will defend the country however we can”), and a business manager (“I am [an] adult woman, I am healthy, and it’s my responsibility”). One had never handled a gun before; and another, a mechanic, admitted he had no previous military experience, “[b]ut it’s my country – my country, you understand.” All were united by the shared belief in their duty to defend their families, their city, and their home.

These were the people that President Biden described in his State of the Union address as “[e]veryone from students to retirees to teachers turned [into] soldiers defending their homeland.” Yet, between Joe Biden’s comprehensive gun control agenda and David Hogg’s demands that it be implemented without delay, none of these civilian defenders – in Ukraine or America – would have access to full capacity magazines, AR-15s, and other semiautomatic “assault weapons” of any kind.

In almost the same breath that Joe Biden praised the courage of the Ukrainian people and proclaimed that “freedom will always triumph over tyranny,” he ignored the actual means by which such courage prevails and what keeps “lit the torch of liberty.” Incredibly and obliviously, he repeated demands that Congress pass his “proven” gun control measures: “And folks, ban assault weapons with high-capacity magazines that hold up to a hundred rounds. You think the deer are wearing Kevlar vests?”

In much the same spirit, David Hogg, when directly asked, “Could you possibly agree that owning and training as a civilian with the type of firearms/weapons the Ukraine civilians have been given by their government isn’t a bad thing?,” responded with a yes-but-no (“Yes. I see it as a well regulated militia unlike our (in my opinion) under regulated militia. Many countries have guns but don’t have school shootings or the amount of gun violence we have.”). It’s apparently impossible to admit that Ukraine’s “well regulated militia” is simply every willing man and woman.

As Biden cracks stale jokes about deer in Kevlar, and Hogg and his compatriots troll social media and decry “gun glorification” (“the belief embedded in our culture that power and safety are derived from guns”), “armed supremacists” halfway across the world are fighting for their rights, their lives and the security of their free state. 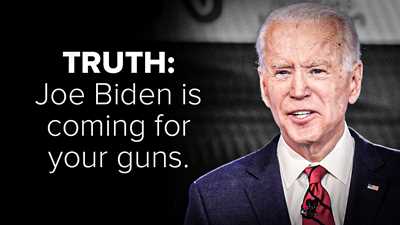