David Chipman, the Biden administration’s pick to head the Bureau of Alcohol, Tobacco, Firearms and Explosives (ATF) is well known for his employment as a “senior policy advisor” with major gun control organizations, notably Everytown’s “Mayors Against Illegal Guns” and currently, Giffords.

Sandwiched between these two jobs, however, was a stint with ShotSpotter as its “Senior Vice President North American Sales,” from 2013 to 2016. ShotSpotter is a private company that markets audio recording and notification technology – hidden microphones that pinpoint loud noises and screen these for the sound of gunshots. This “precision policing platform” claims to give law enforcement agencies “access to timely and accurate intelligence” so they may “more rapidly and precisely deploy resources to respond to crime, as well as proactively prevent it.” The company maintains that the “platform is highly data-driven and includes community protections and engagement opportunities to help improve police-community relations.”

Announcing Chipman’s hiring in 2013, the President and CEO noted that “David brings his unique consultative perspective from the field to client facing engagements. This is critical to our continued growth and our growing customer successes in addressing gun crime.”

Chipman’s resume describes his accomplishments while with ShotSpotter in glowing terms: he “[l]ed North American sales team providing outdoor gunshot detection service to cities during 2-year period of explosive growth. Drove bookings growth by over 200% as compared to the previous 2 years… Responsible for complex forecasts involving a sales pipeline in excess of $30 million.” Other accomplishments while with ShotSpotter include training programs and testimony before city councils, police command officers and mayors.

A 2016 Forbes article confirms that “bookings spiked under Chipman” – the technology had been deployed in more than 90 cities, including Chicago, New York and Los Angeles, with ShotSpotter typically charging between $65,000 and $90,000 per square mile per year for the product. Quoted in the article, Chipman highlighted his role in plugging the validity of the product and generating buy-in: “I felt like I contributed what I could, which was [to] help bring the technology to a level of legitimacy within law enforcement.”

Since then, questions have surfaced about the “legitimacy” and effectiveness of ShotSpotter as a crime-reduction and crime-deterrence tool. An article that assessed the impact of the technology during the time Chipman was a senior company official (“ShotSpotter Alerts Police To Lots Of Gunfire, But Produces Few Tangible Results”) reviewed information provided by law enforcement in seven cities and concluded that police responding to gunshot notifications “were unable to find evidence of gunshots between 30%-70% of the time.” In Milwaukee, WI, for example, out of 10,285 alerts received between January 2013 and September 2015, just over 70% (7,201) were classified as “unfounded/unable to locate.”

The MacArthur Justice Center at Northwestern University School of Law determined that the “false alert” rates for Chicago were even higher, after analyzing ShotSpotter-initiated police deployments between July 1, 2019 and April 14, 2021. Although ShotSpotter markets its system with a “97% aggregate accuracy rate,” according to the study, the rate is not only “unsupported by actual evidence” but the “overwhelming majority of ShotSpotter alerts turn up nothing,” resulting in wasted police resources and what the study calls “dead-end police deployments.”

That study highlighted (as did a recent news article) the disproportionate use in largely minority neighborhoods. The districts in Chicago where ShotSpotter has been used are marginalized communities, which means minority and low-income residents bear the brunt of this surveillance and “massive additional burden of unfounded and unnecessary police deployments.” Further, because ShotSpotter “primes police to believe that they are heading to a dangerous location where a person has just fired a gun,” any “resident who happens to be in the vicinity of a ShotSpotter alert will be a target of police suspicion or worse,” even where an innocent noise (a car backfiring or a firework going off) has been incorrectly identified by the alert as a gunshot.

At least as disturbing is the allegation that ShotSpotter data is susceptible to deliberate, after-the-fact manipulation, given that ShotSpotter-generated evidence has featured in criminal prosecutions for murder and other serious crimes.

Earlier this year, Cook County public defenders representing Michael Williams filed a motion to have the court exclude ShotSpotter evidence in their case, claiming that an anonymous ShotSpotter employee “secretly switched the determination of the ShotSpotter algorithm from firecracker to gunshot,” and months later, “a second ShotSpotter employee rejected the ShotSpotter algorithm’s location determination in favor of a different location one mile away that just happened to line up with the preferred police location of events.” Although the system is triggered by the sound-surveillance microphones, the initial information is screened using a computer algorithm meant to isolate gunshot noises and determine the time and location. The information is then reviewed by a ShotSpotter operator responsible for evaluating the information and alerting law enforcement. The operator overrides and reclassifications alleged to have occurred in this case transformed data “that did not support criminal charges of any kind” into data establishing that Michael Williams was present at a location where 25-year-old Safarain Herring was shot in the head. Williams was charged with the murder.

In their 41-page brief in support of the motion, Williams’ attorneys argued that ShotSpotter’s “secret algorithm” has not been independently tested and validated, with the company “instead relying on empty and misleading claims of accuracy contained in marketing material;” that operators lack appropriate training and “are uniquely unqualified to conduct forensic analyses;” and that in addition to the “mounting operational data showing a massive false alert problem,” the company’s filings with the Securities and Exchange Commission (SEC) apparently admit “it has experienced a range of ‘performance issues’ including software errors.”

Prosecutors in the Williams case reportedly responded to the motion by declining to defend the technology and the information it generates, and instead withdrew the ShotSpotter-based evidence in the case. For those inclined to dismiss this as an isolated or harmless error, there are suggestions elsewhere that the “company’s analysts frequently modify alerts at the request of police departments – some of which appear to be grasping for evidence that supports their narrative of events.”

Civil rights groups and residents are now pressing Chicago not to renew its contract with ShotSpotter, referring to the product as “useless, expensive, racist technology.” One op-ed cites, as an additional reason, that part of the funding for ShotSpotter in Chicago is derived from police asset forfeitures, which tend to disproportionately burden poor and minority communities.

It’s no surprise to America’s gun owners that Chipman has a demonstrated hostility to Second Amendment rights, but this is a stance he shares with President Joe Biden. However, Biden campaigned on a platform of “evidence-based criminal justice policies” and “confront[ing] racial and income-based disparities in our justice system.” In May, he used the occasion of Peace Officers Memorial Day to emphasize that in “many of our communities, especially Black and brown communities, there is a deep sense of distrust towards law enforcement,” and to rebuild that trust, the federal government and law enforcement agencies “must protect constitutional rights, ensure accountability for misconduct, and embrace policing that reflects community values and ensures community safety.”

ATF is one such federal law enforcement agency. David Chipman’s extreme anti-gun activism should be enough to rule him out to lead the ATF. In light of the foregoing, his legacy with ShotSpotter and self-professed role in ensuring the “explosive growth” in the use of that technology only add to the argument that his nomination does nothing to promote policing that “ensures community safety,” “reflects community values,” and safeguards constitutional rights. 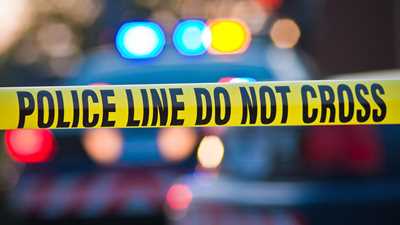