April may be the cruelest month, but August isn’t looking so great for David Chipman, President Biden’s nominee to head the Bureau of Alcohol, Tobacco, Firearms and Explosives (ATF).

Since then, reports have emerged that Chipman failed to disclose in his Senate questionnaire his interview with a Chinese state-run network, CCTV, and broadcast by CGTN (China Global Television Network) America – a network described as “an arm of China’s propaganda machine… controlled by the Communist Party.”

Among other things, the questionnaire requires the nominee to “[l]ist all interviews you have given to newspapers, magazines or other publications, or radio or television stations, providing the dates of these interviews and four (4) copies of the clips or transcripts of these interviews where they are available to you.” Chipman notes, at page 18, that the list represents his best efforts “to identify all interviews given, including through a review of my personal files, and searches of publicly available electronic databases” but that the list might fail to include material that he was “unable to identify, find, or remember.”

The December 15, 2012 interview, still posted on YouTube at the time of writing, is titled “David Chipman on Connecticut School Shooting: What Can Be Done Now?”

During the interview, Chipman discusses the Sandy Hook shootings and the need to “find meaning” in the killings by enacting gun control legislation. Chipman claims that “right now, in the U.S., 40 % of gun sales occur in this country without any background check,” a claim that has been thoroughly debunked – in fact, shortly after Chipman’s interview, the Washington Post’s fact-checker gave then-President Obama three “Pinocchios” for claiming that 40 percent of firearms are sold without a background check. Chipman follows up by ignoring the federal law that prohibits persons who have been adjudicated as mentally ill, asking, “shouldn’t we check to make sure someone doesn’t have a mental health history before acquiring a gun?”

There are several indications that the interview was not prepared by individuals familiar with American terminology. Chipman is introduced as a “special agent for the U.S. Bureau of Firearms and Explosives” (the captions read “U.S. Gun Enforcement Officer” and later, “U.S. Gun Control Officer”), although he later clarifies that he is now “retired and working for Mayors Against Illegal Guns.” That group appears in the interview as “Mayors Against Illegal Drugs.”

American news outlets assert that the Chipman interview was intended by the Chinese government to distract attention away from a mass-stabbing incident of 23 schoolchildren in China that occurred on the same day as Sandy Hook. It’s certainly interesting that at one point in the discussion, the interviewer points to legal guns as the problem, exclaiming that in many cases “guns were obtained legally, ah, it’s really something to think about because you have these guns laws that are already in place, and there’s a lot of frustration out there for people…”

Also this month, seven former ATF agents who knew Chipman during his time with the agency have written to the chairs of the Senate Judiciary Committee overseeing the confirmation process to raise serious concerns with his suitability and ability, calling him the “wrong man for the job.” The letter cites Chipman’s anti-gun advocacy since leaving the agency and lack of experience and management skills. The agents – each of whom had a career spanning at least 25 years with the ATF – write that “we are very familiar with his leadership style and his approach to leading the agency. While an agent, David did not exhibit the collaborative and respectful type of leadership required of an agency Director that must manage a diverse workforce with challenging issues.” Chipman’s extensive track record on gun control (confirmed by a look through his own questionnaire answers) and the resulting “suspicion and hostility his leadership will bring” would jeopardize the agency’s “partnerships with industry, stakeholders, and other law enforcement agencies” and create “serious and long-lasting problems for the Bureau and the effective execution of its law enforcement mission.” The letter concludes, bluntly, that a “nominee with a proven track record of leadership, fairness, and diplomacy is not only needed for the Director’s position, it is necessary to ensure that ATF can execute on its mission – David Chipman is not that nominee.”

Last (so far) but not least, at the August 5 executive business meeting of the Senate Committee on the Judiciary, Senator Ted Cruz (R-Texas) spoke about the Democrat-skewed partisan priorities of the committee “at the expense of fulfilling our responsibility to the American people,” and zeroed in on Biden’s nomination of David Chipman as a notable example. The nomination (see 1:05:10 of the recording) raises “very serious concerns” because Chipman’s “record is that of someone with an extreme gun control agenda.” Chipman, the senator observed, is entitled to his gun-banning views – ones that go far beyond what even the Senate Democrats propose – but his views are “out of step with the mainstream of America.”

Chipman’s documented, extreme anti-gun convictions alone should be enough to eliminate him from consideration. These new issues and allegations as to his suitability, character and abilities merit serious consideration and investigation. 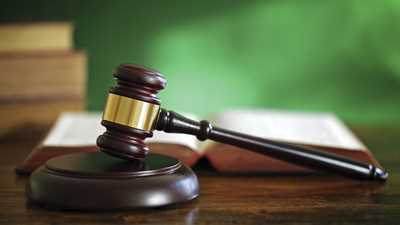