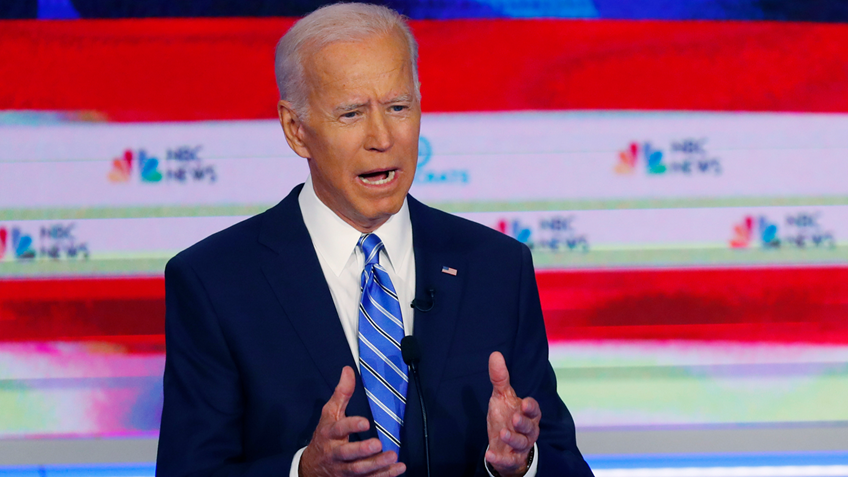 Joe Biden mentioned a number of the anti-gun goals he has set during his recent address to Congress, but for some reason, he did not mention his support for bankrupting the firearms industry through endless, meritless lawsuits. This is an odd oversight, considering he mentioned that, if he could be granted only one anti-gun accomplishment by God, this is what he would ask for. The comment was made during the Rose Garden ceremony earlier this month that was specifically designated for launching myriad anti-gun proposals, so it must be important to him, even if it was not brought up.

Not to drive a recurring Biden joke into the ground, but perhaps he just forgot.

Or maybe he just wanted to limit the amount of criticism he would get for his clear lack of understanding about guns and the Second Amendment. Even many members of the usually Biden-compliant legacy media that supports many of his anti-gun goals have had to point out his obvious deception and lies when it comes to guns.

The fact is, though, Biden still wants to give anti-gun extremists the tools they need to economically eviscerate lawful gun manufacturers and retailers.

We are talking, of course, about Biden’s desire to repeal the Protection of Lawful Commerce in Arms Act (PLCAA). The law was enacted in 2005, with broad bipartisan support, to protect the firearms industry from frivolous and politically-motivated lawsuits. To be fair to Biden, he voted against it back then while a US Senator, so his animosity towards this lawful industry is nothing new.

For those unfamiliar with the issue, in the mid-1990s, gun control advocates, big city politicians, and trial attorneys teamed up in an attempt to use the courts to bilk the gun industry for millions and force them to agree to gun control measures that gun control supporters were unable to enact in Congress. The suits sought to hold members of the industry liable for the criminal behavior of those who misused their products.

These suits, though they were of little merit, posed a grave threat to the industry - and in turn, America’s gun owners. In 1998, the executive director of the anti-gun U.S. Conference of Mayors was quoted by the New York Times as stating, “[t]he lawyers are seeing green on this issue… they think they can bring the gun industry to its knees.” One of those attorneys “seeing green,” John Coale, was quoted in a 2000 Washington Post article remarking, “[t]he legal fees alone are enough to bankrupt the industry.”

But just because the president didn’t mention repealing the PLCAA doesn’t mean it is no longer part of the anti-Second Amendment agenda. In fact, two weeks after Biden’s Rose Garden photo-op, anti-gun US Representative Adam Schiff (D-CA) introduced H.R. 2814, which calls for a repeal of the PLCAA.

Schiff takes the attack on the firearms industry even further with his legislation, seeking to allow the use of “gun trace information in civil proceedings.” The problem with this is, as Schiff knows, such trace information is relatively useless for legitimate civil actions, and would be used merely for inflammatory and political purposes.

H.R. 2814 only has 33 cosponsors at this time, so perhaps this obvious assault on an entire lawful industry is too much for a narrowly-divided House. But considering the rabid anti-gun views of the Majority Leadership, and Speaker Nancy Pelosi’s (D-CA) tendency to run her chamber with an iron fist, we would not be surprised to see enough arms twisted for this bill to pass the House.

Rest assured, we will keep you informed of any significant developments with H.R 2814.