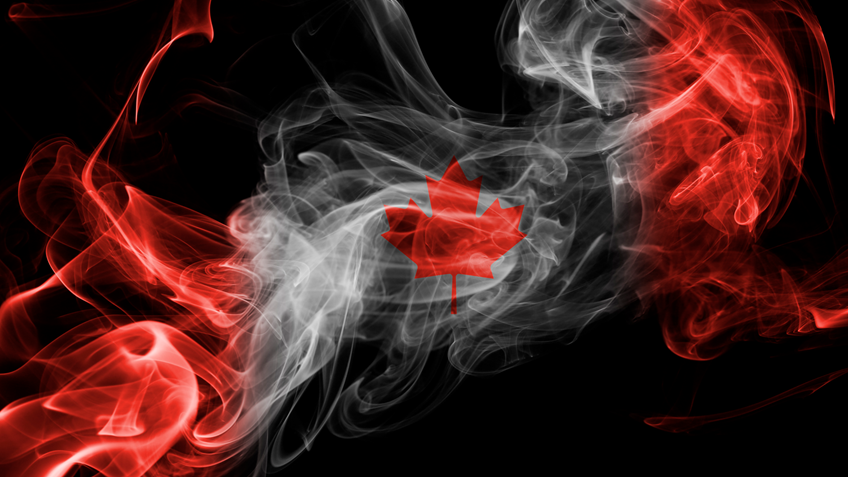 This month, a judge hearing a lawsuit in a Canadian court against U.S. gun maker Smith & Wesson issued a decision that could pave the way for mandatory “smart gun” technology on firearms marketed and sold in Canada.

The case arose from the acts of a criminal who used a stolen Smith & Wesson handgun in a 2018 attack in the Ontario district of Danforth.

It is a basic precept of law that a person or entity is not responsible for criminal acts of third parties, unless the person or entity has certain preexisting relationships with the crime’s perpetrator or victim.

Nevertheless, gun control advocates have longed for the day when courts will hold firearm manufacturers and dealers responsible for the acts of unaffiliated criminals. The reason is simple: no industry could survive if it were legally liable for the behavior of millions of people it could not control.

In the United States, most suits of this sort are explicitly prohibited by the Protection of Lawful Commerce in Arms Act (PLCAA). Joe Biden has pledged to repeal this law, most recently in statements made earlier this month.

Meanwhile, gun control advocates in Canada are hoping to succeed where their counterparts in the U.S. have failed by suing Smith & Wesson for the crimes of the Danforth killer.

The plaintiffs claim Smith & Wesson is responsible for the crimes because of “defects” in the design of the handgun the perpetrator used. Those defects, they claim, arose from its lack of “smart gun” technology that limits the firearm’s operation to an authorized user.

Needless to say, if Smith & Wesson is negligent for this supposed “defect,” so is virtually every other gun maker doing business in Canada. While firearms have occasionally been brought to market that claim to employ some sort of “authorized user technology,” none have captured the confidence or dollars of a critical mass of the gun-buying public to be commercially viable.

It’s easy to see why. First are the technical challenges. A firearm used for self-defense has to work in all weather and all conditions, including when the user’s hands are gloved, when the non-dominant hand is used, when the firearm is covered in blood or other foreign substances, etc. There is nothing more useless than a firearm that won’t operate in the midst of an unpredictable life-threatening emergency.

And it’s also easy to imagine wanting a friendly bystander to be able to help if the primary defender loses control of a firearm during a struggle.

There is additionally the fear, well-established with mobile phone technology, that whatever “smart gun” electronics were incorporated into the gun could also be used to gather and report more information accessible to third parties than its user might not appreciate or want. Some proposed “smart gun” designs even allow for remote disabling of the gun.

Cost is another factor, with “smart” features likely to add significantly to the price of a firearm.

For these and other reasons, “smart gun” technology remains mostly a theoretical concept.

But that hasn’t stopped gun control advocates – again, including Joe Biden -- from hoping to mandate its use. After all, what gun control advocate doesn’t favor a rule that would make firearms more expensive, more difficult to obtain, and less attractive to potential buyers?

Needless to say, the NRA is not against technological advances in firearms that would provide more choices for gun owners, including those who, for whatever reason, believe user-authorized technology would be the right option for them. We do, however, vigorously oppose the government creating mandatory “safety standards” for gun design that are of disputable utility and only limit what kinds of firearms consumers could own.

Canadian law does not require firearms to have “smart” features. Nevertheless, because the technology is at least theoretically available, the judge in the Danforth case said it’s at least arguable that Smith & Wesson had a legal duty to incorporate it into the firearms it sells. “A manufacturer has a duty to make reasonable efforts to reduce any risk to life and limb that may be inherent in its design,” he wrote.

It’s hard to see how it is “reasonable” to claim a manufacturer is culpable for rejecting technology that has failed to gain any appreciable presence or demand in the marketplace. To cite another example, electric cars are far more common than “smart guns,” and they supposedly reduce damaging emissions. But is the maker of a gasoline-powered vehicle therefore legally liable to anybody claiming harm from the C02 it discharges into the atmosphere? The “logic” of this decision would suggest so.

Judicial activism, it seems, is not limited to the United States.

The case is still in an early stage of litigation, and the plaintiffs will have to make challenging showings of fact if the matter ever goes to trial. Nevertheless, the mere expense of defending against litigation can inflict mortal damage to a company or force it to alter its otherwise legal activities.

You therefore can be sure that gun control advocates in the U.S. are closely watching this case, hoping to gain insights that might provide advantages in their own efforts.

Proponents of the Second Amendments should be watching it, too.