On November 12, Justice Samuel Alito of the United States Supreme Court released a keynote address for a Federalist Society event. Speaking on “The Declination of Individual Liberty,” he discussed the alarming erosion of our fundamental constitutional rights – notably, the right to religious freedom, the right to freedom of speech, and Second Amendment rights.

Certainly, the COVID-19 pandemic has given rise to “never before seen restrictions” on individual liberties.  Justice Alito observed that more generally, the health crisis has also “highlighted disturbing trends that were already present before the virus struck.” These include a diminishing tolerance for religious beliefs protected by the Free Exercise Clause of the First Amendment. Another “once-cherished freedom that is falling in the estimation of some segments of the population” is freedom of speech, with “growing hostility to the expression of unfashionable views.”

The U.S. Supreme Court did not even rule on the contours of the Second Amendment until this century, in the landmark cases of District of Columbia v. Heller (2008) and McDonald v. City of Chicago two years later.  Since then, with one exception, the Court has denied every petition seeking review of a court decision focusing on the Second Amendment. The lone case was New York State Rifle & Pistol Association, Inc. v. City of New York, a challenge to that city’s gun ownership and transport laws under the Second Amendment, Commerce Clause, and the right to travel.

Many interesting things happened after the Supreme Court agreed to hear the case, all aimed at preventing a consideration of the case on the merits and a ruling that could potentially invalidate gun control laws across the nation. After arguing for years that its restrictions were necessary to protect the public, New York City admitted that the laws had no bearing on public safety, and replaced the challenged restrictions with less onerous provisions (the State of New York enacted its own version of a legislative fix). Relying on these late-breaking changes to the facts of the case, the city asked the Court to throw the case out as moot, without briefing or argument.

When the Court then refused to jettison the case, five United States’ senators, all Democrats, filed an amicus brief insisting that the case be dismissed, signed by Sen. Sheldon Whitehouse (D-RI) as counsel of record. This bizarre document attacked the NRA, the Federalist Society, and the conservative justices of the Court before concluding with an “or else” warning of political retribution: “The Supreme Court is not well. And the people know it. Perhaps the Court can heal itself before the public demands it be ‘restructured in order to reduce the influence of politics.’”

Justice Alito describes what happened next: “After receiving this warning, the Court did exactly what the city and the senators wanted. It held that the case was moot. And it said nothing about the Second Amendment.” While being clear that the Court’s decision was not influenced by the “senators’ threat,” he notes the danger that the “outcome might be viewed that way by the senators and others with thoughts of bullying the Court … [and] may provide a foretaste of what the Supreme Court will face in the future.”

A Washington Post opinion piece (Why so sour, Justice Alito? Your side in the Supreme Court is winning) scoffed at these concerns as “inconsistent with reality” and nothing more than “a distillation of conservative victimhood.”

To date, though, neither Joe Biden nor Kamala Harris has ruled out “restructuring” the judiciary by adding seats to the Supreme Court. Days ago, the largest labor union in the United States, the National Education Association, which had endorsed Joe Biden, released its playbook for a Biden-Harris administration and called for adding new judgeships to the federal district and circuit courts.

“Court-packing” was raised in the senators’ brief, on the campaign trail, and in the priorities for the incoming administration not because the “Court has influenced sensitive areas like voting rights, partisan gerrymandering” and others, but because the “pattern of outcomes” is seen as insufficiently aligned with the radical agenda increasingly being favored by Senator Whitehouse and his colleagues. To borrow the language of the Washington Post, the underlying assumption is that the wrong “side” on the Court is “winning.”

The opinion piece misses the critical point made by Justice Alito on partisanship and the courts. An independent judiciary is inexplicably tied to the rule of law and the protection of constitutional rights against incursions motivated by what is politically popular or preferred by a majority of legislators. “Our obligation is to decide cases based on the law. Period… Judges dedicated to the rule of law … cannot compromise principle or rationalize any departure from what they are obligated to do.”  Whenever fundamental rights are imperiled, “the Supreme Court and other courts cannot close their eyes.”

Court “restructuring” will threaten more than just the individual right to keep and bear arms. Freedoms of religion, speech and assembly are also under attack. Now, as ever, independent federal courts are essential to protect the constitutional rights of Americans from the whims of bullying politicians and repressive governments of the day. 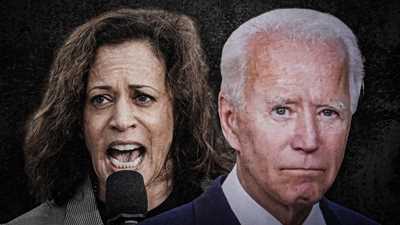