Despite making a commitment to working on COVID-19 related legislation and budget issues, anti-gun legislation continues to move forward in the Hawaii legislature. HB 1902 and HB 2744 were passed by the Senate Judiciary Committee and are now eligible for floor votes. SB 2635 and SB 3054 passed in a joint meeting of the House Judiciary and Public Safety Committees. SB 3054 will be eligible for a vote on the House floor and SB 2635 has been sent to the Finance Committee for further consideration. Contact members of the Senate to oppose HB 1902 and HB 2744 and members of the House to oppose SB 3054.

Eligible for Votes on the Senate Floor:

House Bill 1902  prohibits the manufacture, possession, sale, barter, trade, gift, transfer, or acquisition of magazines capable of holding more than ten rounds. Possession of magazines acquired prior to the ban will remain legal, but will be prohibited from any transfer other than inheritance.  HB 1902 was passed with amendments by the Senate Judiciary Committee on June 30 and will soon be eligible for a vote on the Senate floor.

House Bill 2744 places severe restrictions on certain firearm parts in an effort to ban home built firearms.  The language is vague and overly broad as to what can subject a person to felony penalties. It fails to recognize that prohibited persons cannot lawfully possess any firearm, whether home built or produced by a licensed manufacturer. Additionally, the bill uses your tax dollars to create a commission to research “gun violence.” While the NRA does not oppose objective research, this is likely to produce biased advocacy instead of sound science.  HB 2744 was passed with amendments by the Senate Judiciary Committee on June 25 and will soon be eligible for a vote on the Senate floor.

Eligible for a Vote on the House Floor:

Senate Bill 3054 SD 2 requires individuals to provide notice of permanent removal of a firearm outside the state with the registering county within five days. A penalty of $100 per firearm will be assessed for non-compliance.  SB 3054 was passed with amendments by the House Public Safety and Judiciary Committees on June 24 and will soon be eligible for a vote on the Senate floor.

Referred to Finance for further consideration:

Senate Bill 2635 SD 2 requires anyone wishing to buy ammunition to provide proof of firearm registration for the particular caliber of purchase. The owner of a firearm may also designate an alternate person who, after fingerprinting and a background check, will be issued a permit to purchase ammunition for that firearm. In the case of firearms capable of firing multiple calibers, the bill leaves the decision to include any additional calibers on the permit up to the discretion of the police, with no outlined process for appeal. SB 2744 was passed with amendments by the House Public Safety and Judiciary Committees on June 24 and has been referred to the Finance Committee for further consideration.

Continue to check your inbox and NRA-ILA for updates concerning your Second Amendment Rights and hunting heritage. ​ 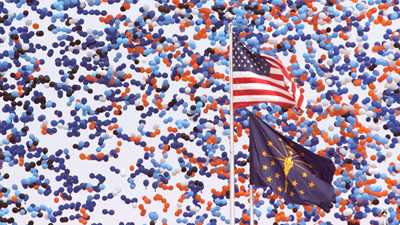