As we saw last week with Twitter presuming to fact-check an opinion expressed by President Trump, the legacy media – now in collaboration with tech platforms that constitute the modern public square – still pathetically cling to the idea that they are perceived as a source of “truth” by America at large. Polls, however, show that a majority of Americans do not trust the media to report the news accurately.

And they shouldn’t, particularly when it comes to politically-loaded topics like firearm policy. Two recent items from national news sources – a purported “fact check” and an editorial – illustrate the point, with gross inaccuracies underlying the analyses presented.

Fact-checking is a particularly insidious enterprise in the modern media landscape. Not only does it lead ill-informed Americans into thinking they “know” a lot less than actually do, it stifles open debate by purporting to authoritatively “resolve” still active controversies.

The way it usually works is that a reporter purports to examine two sides of a debate and then render a verdict on which side has the better evidence. Of course, the reporters themselves have no subject matter expertise in the underlying issues, and in most cases they simply parrot talking points they may not even understand. Almost invariably, they then render their verdict in favor of the side to which they were already more reflexively sympathetic.

Where this gets particularly ridiculous is when the piece isn’t even checking a “fact” at all but a supposition or opinion that, however debatable, is still a fair assessment of known evidence. Twitter’s “fact check” of the president statements on mail-in voter fraud is a perfect example. When the president opined that mail-in voting would lead to fraud (which has in fact repeatedly happened, particularly with absentee ballots), Twitter pretended to prove that it wouldn’t with references to “expert” media sources known to oppose the president. Yet neither the president nor Twitter can see into the future. Each was merely presenting an opinion on what might happen, based on what has happened in the past.

Most critical thinkers, of course, can see the charade for what it is: political activism parading as truth-seeking. But more and more often, particularly on social media platforms, “fact checks” are being used to determine what sort of information Americans have access to at all. If a post doesn’t pass a “fact check,” it may be deleted or flagged or suppressed by an algorithm. In this way, the principals of the media and tech sectors put their thumbs on the scale of their own side in the public debate.

Reuters recently purported to “fact check” what is in fact an open legal question on which courts and public officials have come to very different conclusions. Specifically, it concluded that it is not unconstitutional “to shut churches, businesses, halt gun sales and ban assembly” as a result of the coronavirus outbreak.

Incredibly, in “resolving” the issue as it pertains to the “right to bear arms,” the Reuters “fact checker” managed to dig up and link to a summary published by the National Constitution Center that is at least 12 years out of date and to present it as “current.”  According to Reuters:

Laying out the current U.S. gun control debate here , the National Constitution Center explains that those in support of gun control see the Second Amendment as protecting “only the collective right of the states to maintain militias, and not an individual’s right to own guns” while those against it view the Second Amendment as guaranteeing “an individual’s right to keep and bear arms.”

That document, however, obviously predated the U.S. Supreme Court’s landmark 2008 decision in District of Columbia v. Heller, which squarely put that supposed debate to rest in favor of the individual rights view. The U.S. Supreme Court has since affirmed that decision twice, in McDonald v. City of Chicago (2010) and Caetano v. Massachusetts (2016).

So no matter how much Reuters and other gun control activists wish it were otherwise, the U.S. Supreme Court has in fact declared and reiterated that Americans have an individual right to keep and bear arms under the Second Amendment. There is no “debate” on the “current” state of the law in that regard.

Nor is there any excuse for Reuters to attempt to shade this fact as it did. Had its “fact checker” done a search of the current information on the Second Amendment published by the National Constitutional Center, he or she would have read this sentence: “A 5–4 majority [of the U.S. Supreme Court] ruled that the language and history of the Second Amendment showed that it protects a private right of individuals to have arms for their own defense, not a right of the states to maintain a militia.” Whatever else can be said of the Center’s analysis, it is clear and accurate on that point.

The Washington Post article, on the other hand, was published as an editorial, not a fact check. Titled, “On guns, the Supreme Court would be wise to do no more damage,” it is meant to be read as opinion, not news. But even the Post’s opinion is based on misinformation and is internally inconsistent on its face.

According to the editors:

[S]everal justices appear eager to eliminate even the small amount of leeway the court has left lawmakers to enact mild restrictions on deadly weapons.  In the absence of any substantial disagreement in lower courts, this would represent a raw and indefensible display of judicial activism.

At least two false premises immediately emerge from this opening paragraph. One is that lawmakers are behaving as if they have a “small amount of leeway” to “enact mild restrictions.” The other is that there is no “substantial disagreement” in lower courts on the scope of the Second Amendment’s protection.

In fact, emboldened by a well-funded firearm prohibition lobby, anti-gun lawmakers have since Heller been enacting and proposing some of the most sweeping forms of gun control in American history. Some are mentioned in the Post editorial itself, although one is comically mischaracterized as “a California law that requires guns sold in the state to come with safety features.”

Those “safety features” include a micro-stamping requirement so far-fetched and unfeasible that not a single manufacturer is currently able to sell new model handguns in California. The result, ironically, is that handgun buyers in California are left with increasingly dated technology that in some cases excludes design improvements available to buyers in other states.  The point and effect of the California law is not safety but to strangle off the supply of new handguns for sale in California.

In other states or localities, legislatures or officials have banned America’s most popular rifles, effectively banned the carrying of firearms in public for self-defense, required handgun owners to pay hundreds of dollars in fees for temporary licenses, and even banned sales of firearms indefinitely. There is nothing “mild,” “modest,” or “carefully tailored” about any of these restrictions, notwithstanding the Post’s descriptions.

Nor is there universal agreement in the lower courts on the Second Amendment’s scope. On the fundamental issue of “bearing” firearms in public for self-defense, for example, the Seventh and D.C. Circuits have clearly held it is constitutionally protected, while other circuits have ruled it can be left to the discretion of licensing officials, even when that effectively results in a presumptive ban. State supreme courts have also differed on this and other important Second Amendment questions.

And while the post insists these laws “respect the Second Amendment as the court interpreted it a decade ago,” Antonin Scalia – the author of the Heller opinion – signaled he disagreed by joiningdissents from the Supreme Court’s refusal to hear more Second Amendment cases. One of those dissents, written by Justice Thomas, said that a Seventh Circuit decision upholding an “assault weapons” ban “eviscerates many of the protections recognized in Heller and McDonald” and “flouts two of our Second Amendment precedents.“  Scalia obviously agreed, but leave it to the Washington Post editorial board to pretend they know more about the Heller opinion than the man who wrote it.

But even the editorial itself can’t seem to decide how much leeway is available under the Second Amendment, admitting in latter paragraphs that the Heller opinion itself actually characterized a number of common restrictions with a long historical pedigree as “presumptively lawful.”

Indeed, the sad fact is that courts have overwhelmingly upheld gun control laws that were enacted during the period when many courts denied there was any individual right under the Second Amendment whatsoever.  No wonder several members of the current high court have been skeptical as to whether these decisions have been faithful to the analysis and meaning of the Heller decision. An individual right that has no more restraining effect after than before it was authoritatively confirmed obviously isn’t being strongly respected or enforced.

The media’s coverage of politically-loaded topics has become so tainted that one pundit recently opined Americans are safest believing the opposite of what the media reports, and offered several high-profile examples to illustrate the point.

Whether or not that’s true, critical thinkers would in particular be foolhardy to accept fact-checking or editorializing on firearm-related topics at face value. 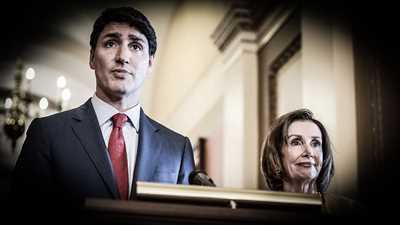