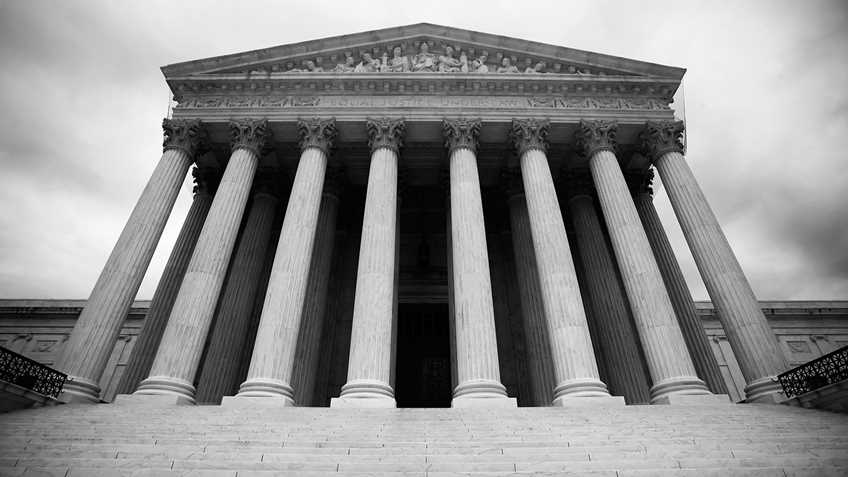 On Monday, the U.S. Supreme Court declined a petition to either summarily reverse or hear an appeal of the decision in Jackson v. City and County of San Francisco, issued by the U.S. Court of Appeals for the Ninth Circuit on March 25, 2014. The Ninth Circuit decision upheld San Francisco ordinances requiring any firearm within the home not actually carried on the person to be in a locked container or disabled by a state-approved trigger lock and banning the sale of hollow point ammunition.  In each case, the Ninth Circuit wrongly determined that while the ordinance "burdens" the "core" Second Amendment right of self-defense within the home, it does not entirely "destroy" it. The court then wrongly applied a deferential form of "intermediate" scrutiny to the regulations and found they satisfied that test. Justice Clarence Thomas, joined by Justice Antonin Scalia (who wrote the landmark District of Columbia v. Heller opinion) penned a sharply critical dissent (see p. 11 at link) of the Supreme Court's refusal to hear the appeal.

The dissent noted, "Because it is impossible to 'carry' a firearm on one's person while sleeping, for example, petitioners contended that the law effectively denies them their right to self-defense at times when their potential need for that defense is most acute." Justice Thomas emphasized that the Ninth Circuit decision was in "serious tension with Heller" and noted that the District of Columbia's very similar firearm storage law had been held by that case to violate the Second Amendment. Criticizing the Ninth's Circuit analysis of the burden, the dissent noted that a person suddenly awakened from sleep by an intruder faced a significant impairment to the right of self-defense by the necessity of having to negotiate the locks on the firearm or safe. "That delay," Justice Thomas wrote, "could easily be the difference between life and death."

The dissent also gave a rare glimpse into how two members of the five-justice majority in Heller view development of Second Amendment jurisprudence in the wake of that case. According to Justice Thomas: "[N]othing in our decision in Heller suggested that a law must rise to the level of the absolute prohibition at issue in that case to constitute a 'substantial burden' on the core of the Second Amendment right. And when a law burdens a constitutionally protected right, we have generally required a higher showing than the Court of Appeals demanded here." The petition should have been granted, he stated, "to review this questionable decision" and "to reiterate that courts may not engage in this sort of judicial assessment as to the severity of a burden imposed on core Second Amendment rights."

The petition should have been granted, Justice Thomas stated, "to review this questionable decision" and "to reiterate that courts may not engage in this sort of judicial assessment as to the severity of a burden imposed on core Second Amendment rights."

To be sure, the most anti-gun jurisdictions in America remain willing to push the envelope, even with the considerable latitude they have been given by the courts.  As a result, cases concerning a total ban on "bearing" arms for self-defense in public (for example, Peruta v. County of San Diego or Wrenn v. District of Columbia) may yet prove unavoidable, even for the increasingly gun-shy Supreme Court.

In the meantime, however, Thomas and Scalia's reproof to the Court provides rather cold comfort to liberty-loving Americans who are weary of the Second Amendment being treated as a second class right by the same imperious, activist judges who used to deny it provided any individual protection. In the concluding paragraph of the dissent, Justice Thomas offered a final admonition: "We warned in Heller that "[a] constitutional guarantee subject to future judges' assessments of its usefulness is no constitutional guarantee at all." That is how the anti-gun legal establishment once had it, and anti-gun lawyers and jurists are clearly working to restore that dismal state of affairs.

Fortunately, the American people have always had more to say about the real fate of the Second Amendment and gun culture in America than the cloistered legal elite. Even when judges were dismissing the notion that the Second Amendment had anything to do with individuals, most Americans had relatively free access to and use of firearms. Indeed, gun owners throughout the world can only envy the freedom we in America have enjoyed throughout our history. Your NRA remains hard at work –in Congress, in state legislatures, in City Halls, and, yes, in the courts – to keep that heritage intact and to expand our precious freedoms.

The result in Jackson is yet another clear reminder of the importance of the 2016 elections.  Our nation cannot afford to have another anti-gun president pushing anti-gun nominees for the U.S. Supreme Court.  With your help, liberty will prevail – because the future of our freedom depends on it.