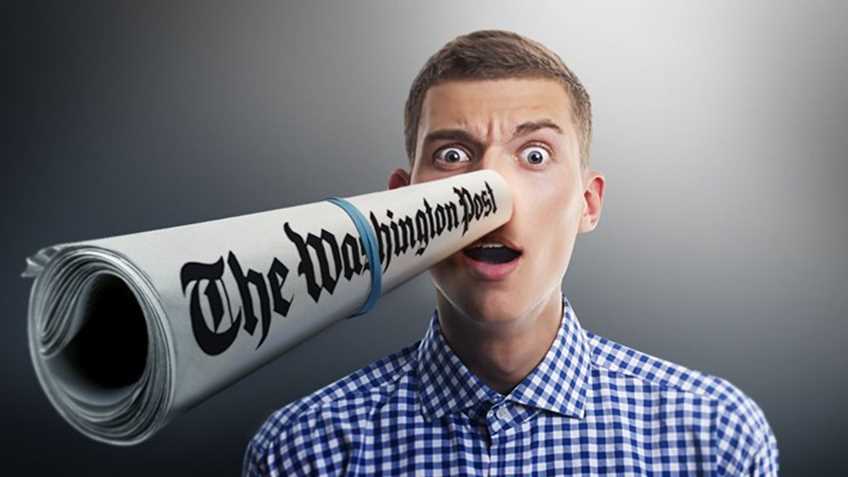 The Washington Post’s Fact Checker recently got the facts upside down in “The NRA’s flip-flop on federal mandates for states in gun background checks” by claiming that “after President Bill Clinton signed the Brady law in 1993, the NRA argued that the whole thing — including the NICS — should be struck down as unconstitutional." The NRA made no such argument. In fact, the NICS – the National Instant Criminal Background System – was the legislation that the NRA supported at its very inception and has consistently supported since

The NRA argued instead that the interim provision of the Brady Act that commandeered the State law enforcement authorities to conduct background checks on handgun purchasers was beyond the power of Congress.  Its brief didn’t even mention the NICS.

The Supreme Court agreed with the NRA in Sheriff Jay Printz v. U.S. (1997), holding that the federal mandate to local sheriffs and police violated the Tenth Amendment.

The NICS – set up by the permanent provisions of the Brady Act, which frankly should have been called the NRA Act – is run by the FBI and is constitutional because Congress has power to tell federal employees what to do. Congress also has power to offer financial assistance to the States to enable them to report criminal convictions, mental commitments, and other disabilities that render a person ineligible to obtain a firearm.  The States’ ability to make these reports to federal authorities was enhanced by the NRA-supported NICS Improvements Act of 2007.

The Fact Checker further states: “The NRA for years has claimed credit for the National Instant Criminal Background Check System (NICS), a database established in 1998 to conduct background checks on gun buyers. We looked at this claim previously, and the evidence was thin.”  But it posts a law review article by Richard E. Gardiner and Stephen P. Halbrook that demonstrates the legitimacy of NRA’s claimed credit for NICS.

The NRA opposed the original Brady bill because it was nothing but a waiting period with a mandate to the States to conduct background checks only on handgun buyers. The NRA originated the idea of and supported an instant background check by the FBI on all firearm buyers. That became NICS.

The interim Brady law was a bad idea to begin with.  For decades, the States have been reporting criminal records to the FBI for the National Crime Information Center and the Interstate Identification Index, which formed the basis for NICS.  Congress could and should have told the FBI to set up the NICS and conduct the background checks.  Instead, it told local sheriffs and police to conduct background checks using the very same FBI databases that the FBI could have been using. This delayed the FBI taking over the task for five years, until 1998.

Fact Checker asserts: “The NRA’s love-hate relationship with the NICS database is something to behold. The group once fought to strike down the law that created the database. Failing that, the NRA still managed to defang one of the law’s provisions.”  In fact, it was the Supreme Court that defanged the interim Brady provision as unconstitutional, but that had nothing to do with the NICS or its database. The NRA acted as a guardian of the Constitution when it fought to strike down the same type of State commandeering that the Supreme Court previously struck down in the case of New York v. U.S. (1992).

It was a no-brainer that the interim Brady provision would suffer the same fate. I represented local sheriffs in the Printz case before the Supreme Court.  They had no problem with federal employees doing what Congress told them to do, but the sheriffs were not federal agents and had their own priorities, such as responding to crimes in progress and solving homicides. Printz held that Congress may not conscript the States, but could offer financial incentives to help them report criminal and mental records of persons who may not obtain firearms. That’s federalism at work.

Dana Loesch has recently been outspoken on the need for the NICS database to include more complete records.  This is not just a problem of the States not supplying complete records, but of federal agencies themselves that haven’t bothered to follow federal law and report convictions. Fact Checker asserts that “the NRA and Loesch are concerned that the NICS is not getting all the records it needs ... Getting those records might be easier today if not for the legal precedent the NRA helped create in the Printz case in 1997.” Well, a lot of things might be easier were it not for the Constitution, but the NICS will continue to improve through our system of cooperative federalism.

Fact Checker concludes that “Loesch’s position on the NICS represents a flip-flop for the NRA” and awarded Loesch an “Upside-Down Pinocchio.” Perhaps Fact Checker deserves some Pinocchios for suggesting that NRA argued that the NICS is unconstitutional, when in fact it was the NRA that conceived of the NICS from the very beginning and it has been the NRA that has consistently supported improvements in the NICS system.

Stephen P. Halbrook is a Senior Fellow at the Independent Institute. He received his J.D. from the Georgetown University Law Center and Ph.D. in social philosophy from Florida State University. The winner of three cases before the U.S. Supreme Court (Printz v. United States, United States v. Thompson/Center Arms Company, and Castillo v. United States), he has testified before the Senate Judiciary Committee, Senate Subcommittee on the Constitution, Subcommittee on Crime, Senate Governmental Affairs Committee, and House Committee on the District of Columbia. His many books include the widely acclaimed new Gun Control in Nazi-Occupied France: Tyranny and Resistance, as well as  Gun Control in the Third Reich: Disarming the Jews and “Enemies of the State”; The Founders’ Second Amendment: Origins of the Right to Bear Arms; That Every Man Be Armed: Evolution of a Constitutional Right; Securing Civil Rights: Freedmen, the Fourteenth Amendment, and the Right to Bear Arms; and Target Switzerland: Swiss Armed Neutrality in World War II. Dr. Halbrook's articles have appeared in numerous scholarly journals as well in such publications as the Wall Street Journal, Newsday, San Francisco Chronicle, National Review, Investor’s Business Daily, and Washington Times. He has also appeared on such TV media as CNN, Fox News Network, Fox Business Channel, NewsMax TV, NRA TV, CBN, Voice of America, and C-SPAN.