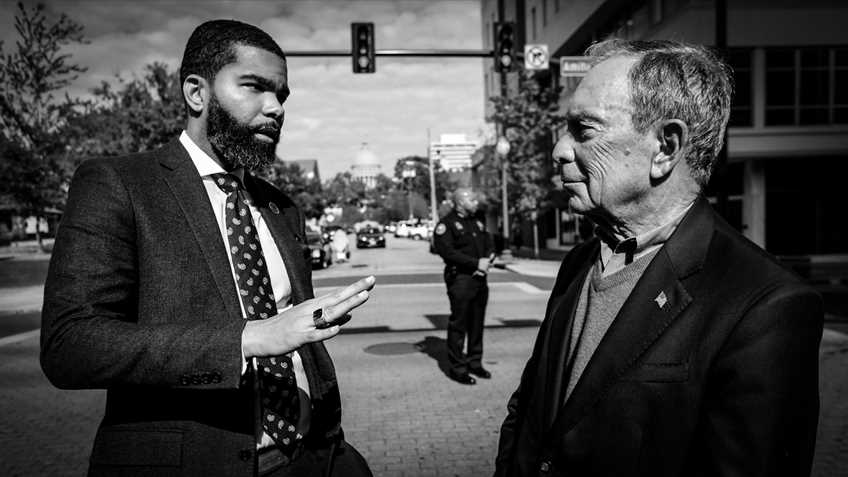 Popular wisdom holds that crisis reveals character –nothing brings out the true nature of a person more than having to rise to face the challenges of an unexpected disaster or emergency. Our current pandemic has already revealed a fair share of heroes and fools.

On April 24, Chokwe Antar Lumumba, the Mayor of Jackson, Mississippi, released a video advising that he had signed an “executive order”suspending “the open carry law during the COVID-19 civil emergency.”(This order followed his earlier “stay home”orders directing city residents to cease all nonessential travel and activities).

In the video, he refers to several violent crimes in Jackson that “could have been avoided if we had state law that enabled us to better control the presence of firearms on our streets.”He cited, as the authority for his order, a state statute that gave him the discretion, “in the interest of public safety and welfare, to issue such orders that are necessary for the protection of life and property.”A screen shot shows Mississippi Code §45-17-7 (although an earlier version of the video apparently cited Section 45-7-17(7)(e), a law that doesn’t exist).

Strangely, City residents wishing to inform themselves about the order had to rely on an unsigned version that a newspaper posted online –as of late April, there appeared to be no evidence of this order at the City website or the mayor’s webpage.

Mississippi Code §45-17-7 allows a “chief administrative officer”to issue the listed orders or “such other orders as are necessary for the protection of life and property”once a proclamation of a civil emergency has been made.

As is usually the case, this statute doesn’t exist in a legal vacuum.

One clear limitation on the mayor’s authority is Mississippi’s firearm preemption law, Miss. Code §45-9-51, which generally prohibits any municipality from adopting laws that restrict the possession, carrying, transportation, sale, transfer or ownership of firearms.

On April 26, Mississippi’s top law enforcement official, Attorney General Lynn Fitch, advised Mayor Lumumba that she had reviewed his executive order and found it to be invalid and unconstitutional. “Neither Section 45-17-7, nor any other provision of law governing municipal civil emergencies, authorizes a mayor to suspend any valid state statute or constitutional right…Mississippians enjoy the right to lawfully open carry in all of Mississippi’s 82 counties and in every municipality within the State. The City of Jackson is no exception.”

She added that she had “no evidence that the State’s open carry law was implicated in these crimes [cited as justification] or that your order would have changed the outcomes.”Because the mayor (or the city more generally) “lacks statutory authority to suspend a state statute or constitutional provision,”her letter directed the mayor to “rescind the Order immediately.”

Since then, a whole lot of things have happened, but a recall of the executive order hasn’t been one of them.

On April 27, the Mississippi Justice Institute filed a lawsuit in federal court on behalf of State Rep. Dana Criswell, challenging Mayor Lumumba’s unconstitutional and illegal “overreaching attempts to ‘suspend’the constitutional right to carry a firearm openly in public”as a violation of state law and the Second Amendment.

The mayor’s colleagues on the Jackson City Council seized the opportunity of a council meeting on April 28 to unanimously disavow his action and pass a resolution repudiating the mayor’s unilateral suspension of carry rights. Several council members noted Mayor Lumumba acted without input from the city council, despite it being a matter of importance that merited consideration by the city’s governing body as a whole. “We’ve got to work as one body and under the requirements of the U.S. and Mississippi state constitution and Mississippi state law,”said Councilman Melvin Priester. Another council member disclosed that the city attorney had advised Mayor Lumumba against issuing the open carry executive order, but the mayor went ahead, regardless.

On April 30, Attorney General Fitch filed an amicus brief in support of the plaintiff in the federal lawsuit, and Mike Hurst of the U.S. Attorney’s Office for the Southern District of Mississippi, the chief federal law enforcement officer for over half the state, published a remarkable op-ed strongly opposing Mayor Lumumba’s illegal curtailment of civil liberties.

In it, he points out the mayor’s purported justifications for the ban were not “substantiated in any way.”“I have not seen a single case where a killing in Jackson could have been prevented if open carry rights had been revoked.”The mayor “also knows full well, as a former criminal defense attorney, that the right to openly carry firearms is not interfering with law enforcement taking criminals off the street.”Our constitutional rights do not become less necessary or lose their character as fundamental rights at the worst of times. “If we are to preserve the character of our nation and ‘secure the blessings of liberty to ourselves and our prosperity,’we must remain vigilant and collectively act to protect and preserve our constitutional liberties and civil rights of every American, especially in times of crisis.”

On the same day, April 30, the mayor’s executive order expired. Appearing at a press conference that afternoon, Mayor Lumumba defended his order at length without actually pointing to any indication that it made a dent in criminal violence or protected life and property in any way. He dismissed the critics and opponents of his order as “outside agitators”but at the same time, called out and thanked Mike Bloomberg’s anti-gun groups for their support.

Mayor Lumumba is an attorney and (we assume) is knowledgeable about the law. Like the rest of his colleagues on the City Council, he has taken an oath to uphold the law and the Constitution.

The events following the issuance of his order should have been ample indication that his order was unconstitutional, unjustified and ineffective.

Indeed, the text of the (unsigned) executive order itself acknowledges that since “the issuance of the Stay-at-Home …Orders by the Mayor of the City of Jackson, there have been nearly a dozen shootings in the City of Jackson.”What possible reason is there to believe that anyone who violates a stay-home order (and state and federal law) to commit a crime will obey a similar mayoral direction banning the open carry of a firearm?

Mayor Lumumba’s executive order was utterly useless in addressing the harm caused by the COVID-19 pandemic or curbing the kinds of senseless homicides he cited as justifying his order. In fact, one council member expressed his concern that selective enforcement of the order in only some neighborhoods would enable “bad policing”that damaged the community’s trust. In responding to the pandemic, Mayor Lumumba demonstrated a blatant disregard for state law and his willingness to sacrifice the civil rights of his constituents. At the very least, the City of Jackson now faces spending taxpayer dollars on outside counsel to defend itself against the consequences of its mayor’s foolish actions. 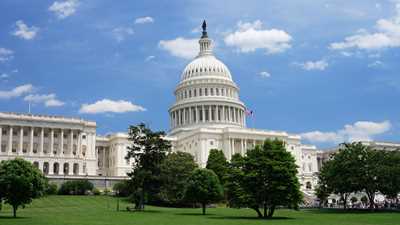