On Friday, Jackson Mayor Chokwe Antar Lumumba issued an executive order suspending "the carrying of an unconcealed loaded or unloaded pistol or revolver or any other firearm, carried upon the person in a sheath, belt holster or shoulder holster, or in a purse, handbag, satchel, other similar bag or briefcase or fully enclosed case, with such pistol, revolver, or firearm being wholly or partially visible."  By blaming law-abiding citizens' right to carry firearms openly in the Magnolia State for Jackson's violent crime rate -- a problem which existed long before the advent of COVID-19 -- and claiming broad civil emergency powers to restrict that right, he joins a long list of anti-gun politicians who have shamelessly used this pandemic to further a gun control agenda.  Mayor Lumumba even used this opportunity to call on the Legislature to repeal Mississippi's open carry law!

The constitutionality of Lumumba's order could certainly be called into question.  Article III, Section 12 of the Mississippi Constitution states: "The right of every citizen to keep and bear arms in defense of his home, person or property, or in aid of the civil power when thereto legally summoned, shall not be called in question, but the legislature may regulate or forbid carrying concealed weapons."

Further, the mayor's actions are neither rational or legal.  According to Mississippi Code Section 45-9-51(1): "...no county or municipality may adopt any ordinance that restricts the possession, carrying, transportation, sale, transfer or ownership of firearms or ammunition or their components."  This is known as the state firearms preemption statute, which your NRA-ILA has consistently fought to improve and defend in the Legislature over the years.  Mayor Lumumba's actions have demonstrated just how important this law is to protect the rights of law-abiding gun owners from arbitrary local restrictions, during an emergency or otherwise.

Please email your State Senators and State Representatives to let them know you oppose the Mayor of Jackson's restrictions on open carry and ask them to protect Mississippi's open carry law and uphold the Mississippi Constitution when the Legislature reconvenes.

Please click here for the Mayor’s on-camera reading of the order and NRA’s response. While this order is set to expire on April 30, your NRA-ILA is exploring ways to ensure that this and any future such orders do not stand! 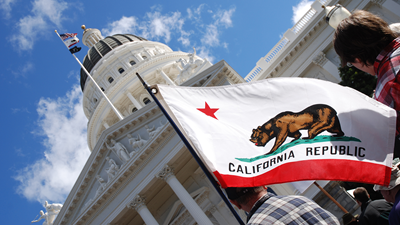