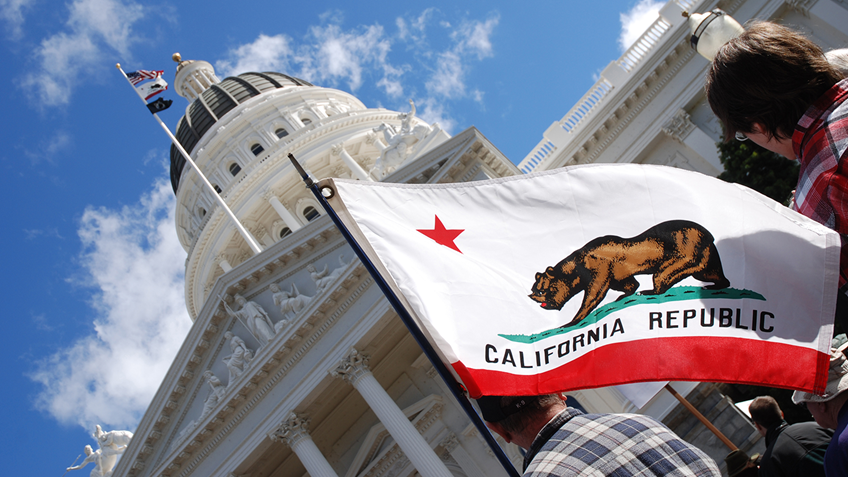 Kim Rhode is one of America’s most decorated Olympians, having medaled in six consecutive summer games. California, however, passed ammunition purchase laws that effectively blocked the El Monte resident – as well as police officers and other Californians who wanted ammunition for lawful purposes –  from obtaining the supplies she needed to maintain peak proficiency. With the backing of the National Rifle Association and its California state affiliate, Ms. Rhode and other Golden State residents sued, claiming the laws violated their Second Amendment rights.

On Thursday, U.S. Judge Roger Benitez agreed that was likely the case and issued a preliminary injunction blocking enforcement of the laws. “Law-abiding citizens are imbued with the unalienable right to keep and bear firearms along with the ammunition to make their firearms work,” Judge Benitez wrote. “That a majority today may wish it were otherwise, does not change the Constitutional right. It never has.”

The challenged restrictions required every firearm ammunition sale, transfer, or delivery in California to occur in a face-to-face transaction with a dealer licensed by the state, which in turn required a background check and payment of a fee. Direct catalog or Internet ammunition sales were effectively banned, as was importing ammunition acquired in another state. Prospective purchasers had four different ways to satisfy the background check requirement, each necessitating different levels of bureaucracy and fees.

The measures were enacted in 2016 by a ballot initiative known as Proposition 63, the misnamed “Safety for All Act,” and amended by the legislature in a separate bill.  A better title for the outcome, however, would have been the “Ammunition for Few or None Act.”

So intricate and confusing were the regulations under review that the court’s opinion stretched to 120 pages, in large part because of the laborious descriptions of the various pathways beleaguered individuals wanting to exercise their constitutional rights could try to negotiate. Judge Benitez even felt it necessary to warn readers of the opinion that its descriptions of how the laws operated were by necessity “dreadfully boring and convoluted.”

As the court’s opinion noted, up to 12 million Californians were effectively blocked from using their state-issued driver’s licenses to provide the mandatory proof of identity and citizenship for the seemingly quickest, simplest, and cheapest option, a $1 point-of-sale, computerized background check.

This is because California issues drivers licenses to illegal immigrants (a class prohibited under federal law from firearm and ammunition possession), and those licenses are indistinguishable from licenses of the same class issued to persons lawfully in the country.

Thus, supposedly to prevent violations of federal law (in contrast to its other “sanctuary” stances), the California Department of Justice would not allow ammunition dealers to accept this form of proof. This meant these citizens had to spend more money (up to $145) and more time (up to 22 weeks) to obtain other recognized documentation of citizenship or to try one of the other more costly and lengthy background check options.

Yet even those who were able to attempt the point-of-sale background check were falsely denied about 16% of the time, resulting in over 101,000 denials to eligible persons (versus 188 ineligible persons who were identified and blocked by this pathway through the system).

The first of the other three background check options was a manual background check that required an application and processing by a human analyst. It was 19 times more expensive than the point-of-sale “instant” check and required waiting more than a day at best and perhaps several weeks at worst. It also had to be repeated every single time a person wanted to obtain ammunition.

The third option was to obtain a “certificate of eligibility” through what the court simply characterized as “a long and expensive process” requiring periodic renewals.

The fourth and final option was to actually buy a firearm (a daunting and time-consuming prospect in its own right in California), at which point ammunition could also be obtained when the firearm was finally picked up from the dealer.

Judge Benitez correctly concluded that the overall effect of this scheme was to block or discourage law-abiding California residents from exercising their rights to obtain ammunition, while posing few barriers to criminals, who already prove capable of flouting background check requirements in obtaining guns.

In analyzing the Second Amendment’s significance to this scheme, Judge Benitez noted, “One intended effect of the Bill of Rights is to protect the minority from abuse by the majority by keeping some rights beyond the reach of majoritarian rule.” He also pointed out that the case law is clear that “the right to possess firearms for protection implies a corresponding right to obtain the bullets necessary to use them.”

The opinion stated there were two basic legal questions at issue in the case. One, “Is an untried, untested, sweeping ammunition background check system, that returns an unusually high percentage of rejections, a constitutionally-permissible burden to impose on the Second Amendment rights of law-abiding responsible citizens who desire to defend themselves with whatever common ammunition suits their situation?” Two, “Does a law which discriminates against ammunition sales in interstate commerce with alternative means to achieve its ends violate the dormant Commerce Clause?”

The court determined, at this preliminary stage, that the answer to both questions would likely be yes. It also found that the harm the measures inflicted on the plaintiffs’ ability to exercise their constitutional rights outweighed the asserted safety justifications claimed by the state.

The “naive assumption that prohibited persons will subject themselves to background checks to buy ammunition,” Judge Benitez concluded, could not justify blocking untold numbers of law-abiding people from exercising their rights or discouraging them from even trying to do so.

Particularly in Second Amendment challenges to California gun control, a judge’s ruling on a temporary injunction is rarely the last word in a case. Shortly after Judge Benitez issue his order, the Ninth Circuit Court of Appeals granted California’s request for an emergency stay of the preliminary injunction. The effect of that stay is that the ammunition laws remain in effect. It is not, however, a decision by the appellate court on the merits of the preliminary induction.

For now, at least, Olympian Kim Rhode has chalked up another win. Only this time it was not just a medal and national pride at stake but the rights and protection of millions of her fellow Californians.