Joe Biden and His Gift for Gaffes 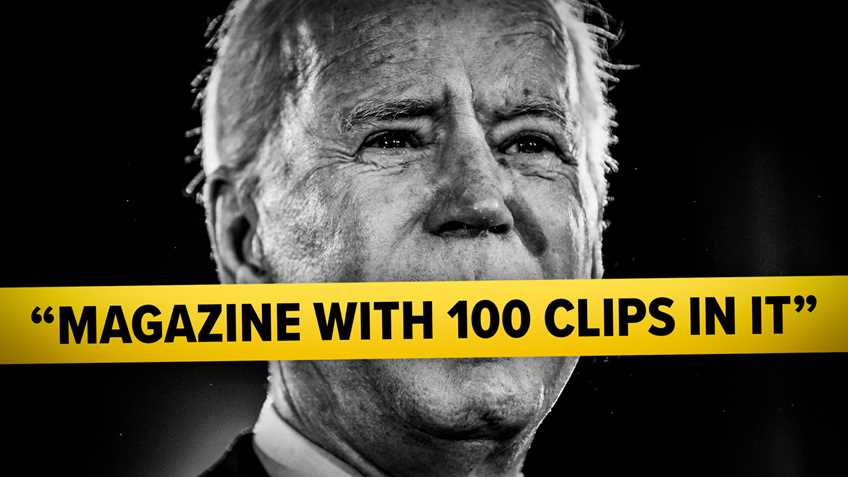 When the Democrats who are seeking their party’s nomination to run against Donald Trump in 2020 start talking about guns, anyone who supports our right to keep and bear arms knows to be concerned. Of course, the details regarding how law-abiding gun owners will be targeted by whomever prevails to face Trump vary, depending on who is speaking. But every single one of them can clearly state how much he or she dislikes firearms in the hands of law-abiding citizens, and what they will do to try to undermine the Second Amendment and our right to self-defense.

Except, perhaps, for Joe.

Don’t get us wrong; former Vice President Joe Biden is definitely anti-gun. His voting record while in Congress proved he is anti-gun, as did his service as Vice President in Barack Obama’s administration. But he sets himself apart from the rest of the current field of Democrats in a rather special way when he starts to speak about firearms.

Biden’s biggest problem with guns, other than his dislike of them, is an inability to show he has a firm grasp on the topic.

Earlier this year, Biden promoted technology that simply doesn’t exist when he discussed his ideas for so-called smart guns. During the presidential debate in June, he stated, “No gun should be able to be sold unless your biometric measure could pull that trigger. It’s within our right to do that.” The former vice president repeated his ludicrous “smart gun” idea during an anti-gun rally in Las Vegas in October.

Sandwiched between the June debate and the October rally, Biden said during an interview on September 2 that it was “absolutely mindless” that “we don’t have elimination of assault-type weapons and magazines that can have, hold multiple bullets in them,” adding that such measures are entirely compatible with the Second Amendment.

Multiple, of course, means more than one, so it would seem that the candidate wants to effectively ban ALL magazines, as one that holds a single round of ammunition would be pointless.

More recently, Biden told a crowd of supporters in New Hampshire, “I believe in the Second Amendment, but nobody says you can have a round…a…a magazine with a hundred clips in it.”

Now, there is certainly debate within the firearm community over the proper use of the terms “magazine” and “clip.” Some people use the terms interchangeably to refer to any detachable ammunition feeding device. Others prefer using only “magazine” when talking about such things, and using “clip” to describe a device that only holds ammunition and can be utilized to load a magazine.

But a “magazine with a hundred clips” is a firearm innovation that, like Joe’s “biometric measures” gun, simply doesn’t exist.

To make matters worse, right after he stammered through his comment about hundred-clip magazines, Biden said, “We protect geese more than we protect, no joke you can only have 3 shotgun shells when you go shooting for geese.”

What he intended to say with “we” protect more than geese is unclear, as are many things that come out of the candidate’s mouth these days. Giving him the benefit of the doubt, we presume he was referring to the limit on three shotgun shells in a loaded shotgun during many waterfowl seasons.

One could classify a number of the things Biden says as simple gaffes, as he has a long history of making odd claims that his defenders chalk up as him simply misspeaking. But considering he has been promoting an anti-gun agenda for so long, shouldn’t he be more adept at it?

Perhaps he doesn’t know a great deal about guns. He does have a law degree, though, so he should at least have a semblance of an understanding about what is and is not legal. In spite of his degree, he once allegedly gave what sounded like horrible legal advice to his own wife should she be faced with trouble at home.

“I said, ‘Jill, if there’s ever a problem, just walk out on the balcony ... take that double-barrel shotgun and fire two blasts outside the house,”’ Biden claimed.

At the time, we pointed out that following Biden’s advice would likely land one in hot water, depending on the circumstances. Unfortunately, we were right.

Biden even once suggested that Stephen Willeford, the hero who used his lawfully owned AR-15 to help bring an end to the rampage of a crazed shooter at a Texas church, should not have been armed.

The inability for Joe Biden to speak coherently on firearms is shocking, considering how long he has been railing against the Second Amendment. Perhaps more shocking is the fact that he remains the prohibitive favorite to be the Democrat nominee to face President Donald Trump in 2020.

And we’ve just covered his gaffes on guns.

A quick Internet search for “Joe Biden gaffes” will uncover a veritable cornucopia of inexplicable statements on any number of subjects. Perhaps this is why there are suddenly a number of candidates that could be entering the race to challenge Biden as the frontrunner.

Anti-gun billionaire Michael Bloomberg appears to be considering entering the fray, and former Massachusetts Governor Deval Patrick—no slouch when it comes to being opposed to firearms—has launched a late bid. And let’s not forget the looming specter of two-time failed presidential candidate Hillary Clinton entering the race.

Whether or not Biden is the ultimate nominee, sadly, seems immaterial when it comes to the rights of law-abiding gun owners. As we have said before, all of the Democrats in the race have shown time and time again that they do not respect the Second Amendment. And those who have either entered the race late, or are considering doing so, are equally bad.

No Protection for the Law that Protects the Firearm Industry: Supreme Court Passes on PLCAA Case 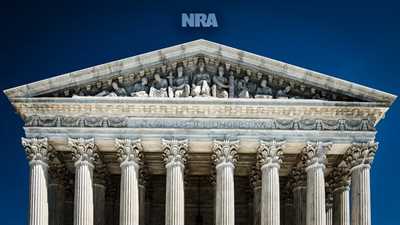