On October 24th, NRA filed comments with the Oregon Secretary of State opposing a proposed ballot initiative that seeks to restrict the self-defense rights of Oregon’s law-abiding citizens. This egregious attack on our freedoms, known as Initiative Petition 40, rehashes the failed language from Initiative Petition 44 that was defeated in 2018. It is apparent that Oregon’s anti-gun activists think they can outlast you in their incremental war of attrition; it is their fervent hope that your family will be too busy or too tired to notice their continued efforts to erode your freedom. Pay attention: These ballot initiatives represent a direct attempt to coerce Oregon legislators to pass gun control during the 2020 short session.

Oregon’s Attorney General will have 10 business days to certify a final ballot title for Initiative Petition 40 after receiving comments. The NRA’s opposing comments, submitted on behalf of our nearly 5 million members, are available for your review here.

Here’s why it matters to you:

Initiative Petition 40 would immediately undermine your rights and safety by requiring all (uncarried) firearms in Oregon to be locked away instead of available for self-defense. But it only gets worse for any citizen victimized by theft, because gun owners would face liability for what thieves do with their stolen firearm. Burdening citizens instead of criminals is a problem, not a solution.

Ham-fisted efforts to impose gun control inside every Oregon home is dangerous, not safe. Proper gun safety and storage is a matter of personal responsibility, and every person’s situation is different. The latest version of the failed ballot initiative from 2018 would forever invade the private homes of law-abiding citizens with this dangerous consequence: rendering your firearms useless for self-defense.

“Initiative Petition 40” won’t just lock away your firearms, it threatens Oregon’s individual gun owners. Rather than stiffening penalties against actual criminals, Initiative Petition 40 would punish every firearm owner who doesn’t manage to complete a bureaucratic “report” within 24 hours after being victimized by gun theft. Because gun control activists value criminals more than America’s gun owners, they took specific steps to increase the penalties for the gun owner: each stolen firearm could constitute a separate offense against the victim of gun theft, as opposed to the actual gun thief.

Don’t be fooled: there is nothing within Initiative Petition 40, to actually increase gun safety. The sole purpose of the “initiative” is to discourage gun ownership by expanding the burdens and liabilities of gun owners instead of criminals. You owe it to yourself, your family—and your fellow law-abiding Oregonians—to stand and fight against this infringement upon your fundamental self-defense rights.

To stay informed about NRA-ILA’s fight against this initiative, visit www.nraila.org. 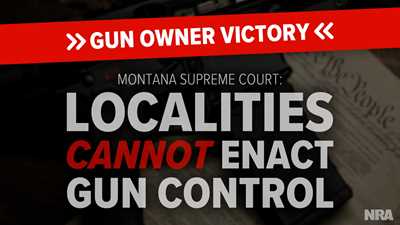