Yesterday, the Senate Executive Committee held a hearing to consider a package of gun control bills.  During this hearing, a significant number of Second Amendment supporters attended and testified in opposition to Senate Bills 68, 70, and 82.  In fact, so many law-abiding gun owners turned up that the committee was unable to hear all of the scheduled testimony.  During this hearing, committee members did not take a vote on the package of anti-gun bills, but they could be brought up for a vote at any time.  It is important that you continue to contact members of the Senate Executive Committee and strongly urge them to OPPOSE Senate Bill 68, Senate Bill 70, and Senate Bill 82.

Senate Bill 68 seeks to ban the possession, purchase, manufacture, or sale of the most commonly-owned semi-automatic firearms in Delaware, with limited exceptions.  These firearms are popularly owned and used for self-defense, target shooting and hunting.  This legislation was also introduced last year at the behest of Governor Carney and relentlessly pushed by anti-gun legislators.  Thankfully, it failed in 2018 after NRA Members and Second Amendment supporters continuously urged their lawmakers to oppose it.  This year, NRA Members and Second Amendment supporters will need to continue contacting their legislators if they want to repeat the same success.

Senate Bill 70 would outright ban the possession, purchase, sale, and manufacture, of any magazine that can hold more than 15 rounds of ammunition.  Further, all currently covered magazines would need to be relinquished by June 30, 2020.  Legislation like this only affects law-abiding gun owners, because criminals will not abide by it.

Senate Bill 82 replaces the previously introduced gun control measure, Senate Bill 69.  Like SB 69, this bill would impose a requirement that individuals obtain training and a permit in order to purchase a firearm in Delaware.  Not only does this place another arbitrary hurdle on what is a Constitutionally-guaranteed right, it is a dangerous practice that could slow an individual’s ability to purchase a firearm for self-defense when they need it most.  SB 82 is an egregious attempt to create more avenues to deny someone their Second Amendment rights, including discriminating against those who are financially less fortunate. 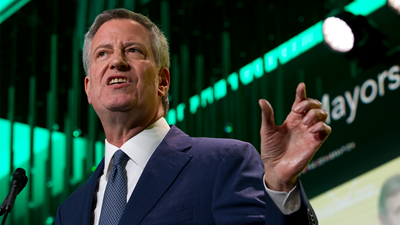