Friday, February 22, was the bill introduction deadline for California Legislature. It is clear that the legislature is set on continuing the assault on law-abiding citizens by attacking our rights from every angle. This year, bills have been introduced, increasing taxes on firearms and ammunition, requiring background checks and dealer involvement on firearm parts, increased regulations on how firearms are to be stored and transported, bans on certain firearm related insurance, bans on gun shows at specific localities and increased restrictions on licensed dealers including requiring video and audio recordings to name a few. This is not a comprehensive list but a sample of some of this year’s most egregious. We anticipate amendments to the bills listed, as well as gut and amends that could be of concern as the session progresses.

Assembly Bill 12, sponsored by Assembly Member Jacqui Irwin (D-44), would extend the duration of California’s gun violence restraining order law from one year to five. Meaning a person could be prohibited from owning and possessing firearms for five years at a time without ever being adjudicated mentally ill or convicted of a crime, but based on third party allegations.

Assembly Bill 61, sponsored by Assembly Member Philip Ting (D-19), would expand the list of those eligible to file gun violence restraining orders (GVRO) beyond the currently authorized reporters which include immediate family and law enforcement.

Assembly Bill 276, sponsored by Assembly Member Laura Friedman (D-43), and Senate Bill 172, sponsored by Senator Anthony Portantino (D-25) would modify California’s already existing storage laws, which include a patchwork of local restrictions in addition to requiring firearms be inaccessible to both minors and prohibited persons, by providing additional storage requirements and significantly enhanced criminal penalties for failure to comply.

Assembly Bill 688, sponsored by Assembly Member Kansen Chu (D-25) would place additional storage requirements for all firearms when left in an unattended vehicle.

Assembly Bill 893, sponsored by Assembly Member Todd Gloria (D-78), would prohibit the sale of firearms and ammunition at the Del Mar Fairgrounds property on and after January 1, 2021.

Assembly Bill 1064, sponsored by Assembly Member Al Muratsuchi (D-66), would place further restrictions on licensed firearms dealers, including prohibiting a residence as a place of business for licensees, allows localities to place further restrictions on where licensees may operate, requires licensees to carry insurance of at least $1 million in coverage per incident and requires extensive recording of a licensees premise to include video surveillance system that, among other requirements, visually records and archives footage of (1) every sale or transfer of a firearm or ammunition, in a manner that includes audio recording (2) all places where firearms or ammunition are stored, displayed, carried, handled, sold, or transferred; (3) the immediate exterior surroundings of the licensee’s business premises; and (4) all parking areas owned or leased by the licensee.

Assembly Bill 1297, sponsored by Assembly Member Kevin McCarty (D-7), would remove the cap on fees for CCW permits and require the issuing authority to charge an amount to cover the costs of not processing and issuance of the license but also enforcement.

Assembly Bill 1602, sponsored by Assembly Member Evan Low (D-28), would prohibit an insurer from either selling or advertising liability coverage for bodily injury or property damage resulting from the insured’s discharge of a personal firearm.

Senate Bill 61, sponsored by Senator Anthony Portantino (D-25), would expand California’s one handgun a month law to apply to all firearms.

Senate Bill 281, sponsored by Senator Scott Wiener (D-11), would prohibit the sale of firearms and ammunition at the Cow Palace on and after January 1, 2020.

The Assembly Public Safety Committee will be meeting Tuesday, February 26, at 9:00 a.m. in the State Capitol, room 126.

OPPOSE – Assembly Bill 61, sponsored by Assembly Member Philip Ting (D-19), would expand the list of those eligible to file gun violence restraining orders (GVRO) beyond the currently authorized reporters which include immediate family and law enforcement.  The new list is expanded to employers, coworkers and employees of a secondary or postsecondary school that the person has attended in the last 6 months. GVRO’s can remove a person’s right without due process and not because of a criminal conviction or mental adjudication, but based on third party allegations.

IN THIS ARTICLE
California Second Amendment
UP NEXT x 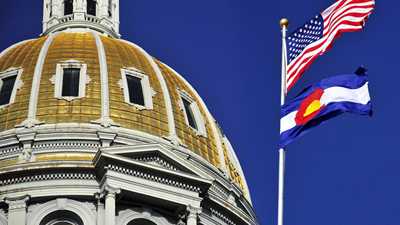