Who Are the Real Extremists? 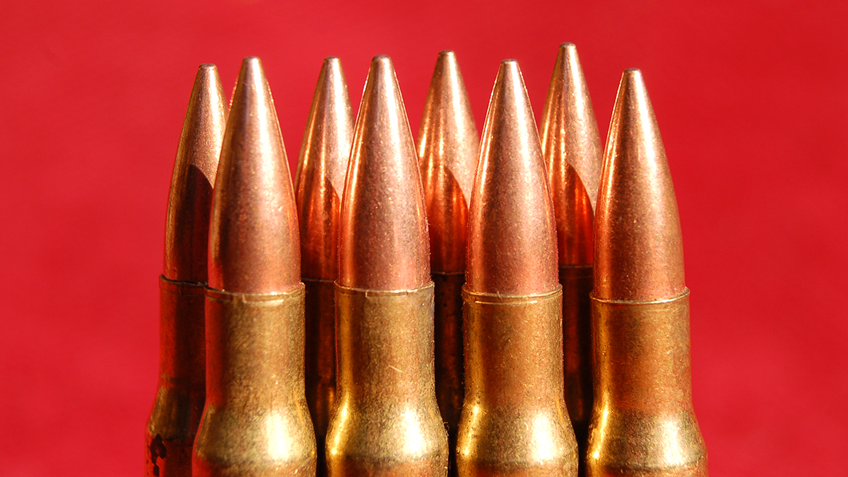 NRA is often vilified by the gun-ban community and its supporters in the mainstream, legacy media as an “extremist” organization because of its steadfast defense of our Right to Keep and Bear Arms. A simple look into the anti-gun agenda, however, will show that proponents of restriction on a right protected by the U.S. Constitution are the true extremists.

In Oregon, we see just how extreme the anti-gun legislative agenda has become, thanks to state Senator Rob Wagner (D-19) and his proposal, Senate Bill 501.

SB 501, which Wagner proudly touts as having been drafted with the help of high school students, seeks to enact a number of draconian restrictions on Oregon’s law-abiding gun owners. Among the restrictions are standard anti-gun proposals like permits for all gun owners, waiting periods, mandatory storage, and penalties for failing to report lost or stolen firearms. The deadline for reporting a lost or stolen firearm has been arbitrarily set at 24 hours.

But when you turn over the responsibility of creating new laws to children, you can expect some real doozies, and SB 501 delivers in spades.

This truly extreme bill, should it become law, would establish magazine capacity limits and ammunition restrictions that only a child with little knowledge of the practical, lawful use of firearms could envisage.

Magazine capacity would be set at five rounds, which would be the lowest standard in the nation, and there is no grandfather clause. Perhaps the author is unaware that even the United States Court of Appeals for the Second Circuit, certainly not the friendliest court to the Second Amendment, found a seven round magazine limit unconstitutional.

If you own a magazine that holds six or more rounds, which is the vast majority of them, you must get rid of it in one of the manners prescribed by the legislation.

So much for self-defense and property rights.

The ammunition restrictions are even more extreme.

SB 501 sets a limit for purchasing ammunition at 20 rounds in any 30-day period. You read that right; 20 rounds.

Law-abiding gun owners commonly purchase ammunition in large quantities to save money. Not to mention the fact that most law-abiding gun owners own more than one firearm. Should SB 501 become law, you would be expected to not only be less frugal, but to portion out your ammunition purchases to a monthly trip every time you want to restock ammunition for a particular gun.

At 20-rounds per trip, however, the term “restock” is used very loosely.

The only exception for ammunition limits is for ammunition purchased and used at a range. As most gun owners know, range ammunition is usually there for convenience, and carries a premium price. Again, no more frugality for bringing your own ammunition.

To make matters worse, the law isn’t clear as to what it means when it offers the exception for “ammunition purchased and used at a target shooting range.” Are you required to use all the ammunition you purchase? Are you in violation of the law if you decide you have spent enough time at the range before you exhaust the more expensive ammunition you purchased, and go home with a few rounds? Is the range responsible for monitoring every visitor to ensure they expend every last round that has been purchased?

Then there are those who hunt birds and other small game. They regularly go through far more than 20 rounds on a hunting trip, especially one that covers several days. If they have not stockpiled ammunition with monthly purchases of 20 rounds, they are, presumably, simply out of luck once they run out. Oregon may become a bastion for out-of-state hunters, as they will not be affected by purchase limits, and in-state hunters will likely become frustrated and hunt less.

Competitive shooters? You better plan a few years in advance before you consider entering a competition.

The most egregious aspect of the ammunition limits, however, is that the more you shoot, the safer and more proficient you become. This legislation, sold as “gun-safety” bill, could actually make law-abiding gun owners less safe, as they will undoubtedly practice less. Especially those who do most of their practicing in a lawful, safe manner, but not at a “target shooting range” sanctioned by the gun control crowd.

Beyond the legislative extremism of SB 501, anti-gun extremists seem to wish that we would abandon the concept of self-defense altogether. Chicago police reported that a 19-year-old man with a firearm accosted a woman while she was at a bus stop. The woman struggled with her assailant, drew her own firearm, and shot him in the struggle.

While most would consider it completely justified for a woman, who had a permit to carry her concealed firearm, to use lethal force when facing an armed, violent attack, Think Progress editor Zack Ford didn’t see it that way. Ford fired off a tweet in response to the incident, shaming the victim when he wrote, “That’s not how justice works. The penalty for theft is not death, nor do we want it to be.”

What Ford ignores is the fact that the violent attacker was armed with his own firearm and he wasn’t simply attempting to commit theft. He was, in fact, committing aggravated assault and armed robbery (among other crimes).

Ford seems to think that a crime victim confronted with an armed assailant must believe that she is in no real danger of being harmed unless the assailant affirmatively announces such an intent. Fortunately, American self-defense law doesn’t work that way. As Justice Oliver Wendell Holmes put it “Detached reflection cannot be demanded in the presence of an uplifted knife. Or in this case; gun.

So, we ask you, who really are the extremists in the debate over firearms? Those who defend rights protected by the U.S. Constitution? Or, is it the people who propose legislation that would eviscerate those rights and try to shame crime victims for defending their lives?