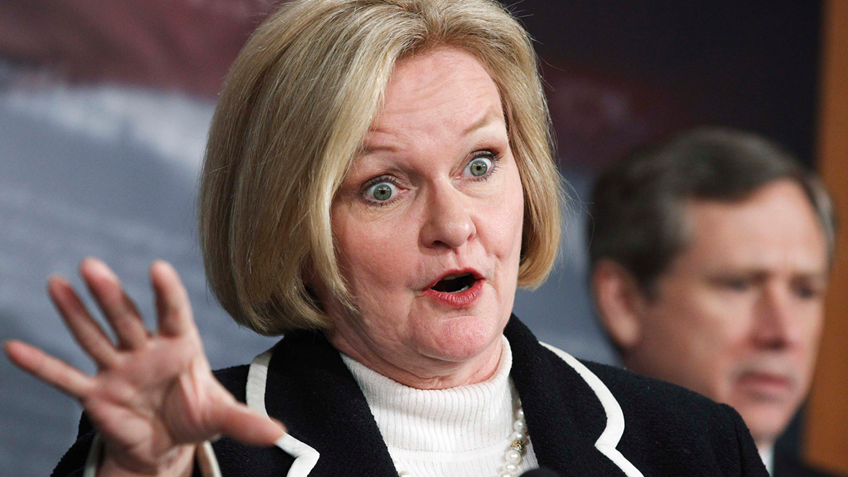 It appears Sen. Claire McCaskill (D-Mo.) forgot she represents the Show-Me State. Missouri’s nickname derives from its residents’ healthy skepticism – especially for politicians and their “frothy eloquence.” Rather than take someone’s word for something, Missourians would like to be shown.

Missouri voters across the political spectrum don’t like what they were shown this week. Hidden camera video from journalist James O’Keefe’s Project Veritas showing that McCaskill and her staff have misled Missourians on her support for severe gun controls and impeaching President Donald Trump.

In a candid interaction with McCaskill, a Project Veritas reporter posing as a campaign staffer asked the second-term senator about her position on guns, resulting in the following exchange.

McCaskill: Well if we elect enough Democrats we’ll get some gun safety stuff done. They won’t let us vote on it, we’ve got 60 votes for a number of measures that would help with gun safety, but McConnell won’t let ’em come to the floor.

McCaskill: Universal background, all of that.

Project Veritas: So you would be on board with the bump stocks and high capacity mags.

The senator’s strident support for gun control when speaking with campaign staff stands in stark contrast to her public messaging. For example, McCaskill’s scant treatment of the gun issue on her website is intentionally vague and plays up her purported support for the Second Amendment. It states,

As a child, Claire grew up around guns - her father loved to hunt - and she has said repeatedly that she supports the Second Amendment while also supporting common sense gun safety measures to keep our children safe.

Common sense? An analysis by Barack Obama’s Department of Justice determined that so-called “universal” background checks are ineffective absent more severe restrictions. Multiple federally-funded studies could not find that the 1994 ban on commonly-owned semi-automatic firearms reduced gun violence, partly because these firearms “were rarely used in gun crimes even before the ban.” Moreover, U.S. Supreme Court Justice Antonin Scalia, author of the landmark Second Amendment decision in District of Columbia v. Heller, made clear that the Second Amendment protects commonly-owned semi-automatic firearms like the AR-15.

When asked about the senator’s deceptive approach, McCaskill campaign staffers explained that such subterfuge is necessary for their candidate to get elected.

The undercover reporter asked McCaskill Campaign Deputy Regional Field Director Rob Mills why the candidate wasn’t more forthright about her anti-gun positions. Mills responded that it was because “she has a bunch of Republican voters.” Regarding McCaskill’s relationship with Michael Bloomberg’s anti-gun front group Everytown for Gun Safety, Mills said,

But she doesn’t openly go out and support groups like ‘Mom’s Demand Action’ or just like other groups that are related to that. Because that could hurt, her ability to get elected. Because people like see that and they’re like well I don’t want to support her even though they stand for the same policies.

So. She’s worked out stuff with Mom’s Demand Action to make sure that she can support their goals without supporting the organization openly. And you know, Mom’s Demand Action does the exact same thing. Like a lot of our volunteers are actually from there. She’s really good about strategy and making sure she has a goal and can get there.

At other points in the video McCaskill staffers contend that their candidate would be supportive of a handgun ban and using impeachment to remove President Trump from office.

It’s no surprise that the second-term senator would want to hide her views from voters, as they are wildly out of step with Missouri.

As a U.S. a senator (since 2007), McCaskill has repeatedly sought to limit the Right-to-Carry, voting against Right-to-Carry reciprocity legislation and a law that allows carry permit holders to exercise their right to self-defense in National Parks. With recognition that the Second Amendment protects an individual righto keep and bear arms in the balance, McCaskill voted to confirm Supreme Court Justices Sonia Sotomayor and Elena Kagan and voted against Neil Gorsuch and Brett Kavanaugh. In 2013, the Missouri senator sided with Sen. Dianne Feinstein (D-Calif.) on her legislation to ban commonly-owned semi-automatic firearms and with Sen. Frank Lautenberg (D-N.J.) on his legislation to ban magazines with a capacity greater than 10 rounds.

As McCaskill was busy advancing gun restrictions, the Missouri legislature was working to better respect gun rights. In 2003, Missouri became the 36th state to enact Right-to-Carry legislation when the legislature overrode Governor Bob Holden’s veto. During a failed gubernatorial campaign in 2004, McCaskill made clear that she would have vetoed the legislation as well. In 2007, the state repealed its onerous and redundant law that required a permit to purchase a handgun. In 2014, Missouri protected the rights of young adults by lowering the minimum age for acquiring a Right-to-Carry permit from 21 to 19. That same year, Missouri voters adopted an amendment to the state constitution that strengthened the document’s right to keep and bear arms provision. In 2016, the Missouri legislature enacted legislation recognizing the Right-to-Carry without a permit.

As for presidential politics, President Trump won Missouri’s electoral votes in a landslide in 2016 - besting McCaskill-endorsed Hillary Clinton with 56.4 percent of the vote to 37.9.

In June, Democratic candidate for New York’s 21st congressional district Tedra Cobb was caught on camera telling supporters that she had been coached by an Everytown representative to hide the fact that she is in favor of a ban on commonly-owned semi-automatic firearms. More recently, March for Our Lives Activist Emma Gonzalez told Vanity Fair, “We try our very darndest to get out the fact that we don’t want to take away guns and that we are pro second amendment.” Months earlier a more candid Gonzalez admitted her support for gun confiscation, calling for “[r]emoving the assault and semi-automatic weapons from our Civilian society…”

All U.S. voters would be well-served by adopting Missouri’s “Show-Me” ethos when it comes to politicians’ purported support for the Second Amendment. As seen with McCaskill, anti-gun politicians will use any underhanded tactic to meet their ends.

You Can’t Make This Stuff Up: Brooklyn Area Witches Unite to “Take Down” People “In Charge,” Hurl Curses at Justice Kavanaugh 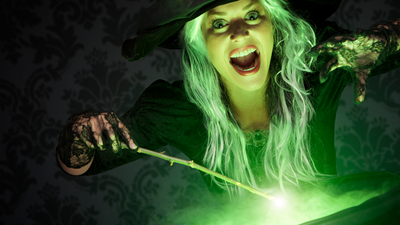