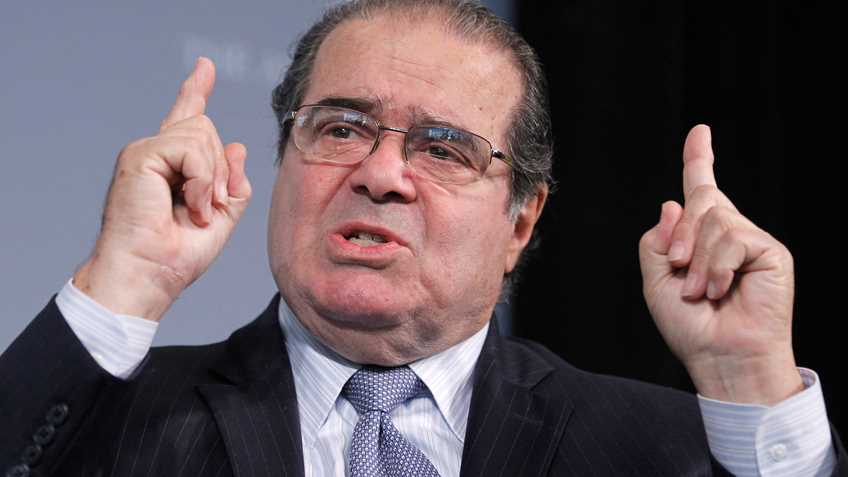 Brett Kavanaugh is a true Second Amendment radical. He believes assault weapon bans are unconstitutional, a position way out of the judicial mainstream, far to the right of even late Justice Scalia.

Murphy’s comment gives the false impression that Former U.S. Supreme Court Justice Antonin Scalia, who authored of the majority opinion in the landmark 2008 District of Columbia v. Heller case that recognized the Second Amendment protects an individual right to keep and bear arms, did not consider bans on commonly-owned semi-automatic firearms (termed “assault weapons” by gun control advocates) to be unconstitutional.

Unfortunately, Murphy is not the only individual to peddle this falsehood. Murphy’s fallacious claim was parroted by Rep. Ted Deutch (D-Fla.), who tweeted, “Even Justice Scalia knew the 2nd Amendment has limits. It doesn’t guarantee access to every weapon, he said, and assault weapons can be banned.” In bemoaning Kavanaugh’s 2011 dissent in Heller II, where he concluded that D.C.’s semi-auto ban is unconstitutional, Brady Campaign Co-President Avery Gardiner contended that Kavanaugh’s view is “inconsistent w/ Scalia’s Heller opinion.”

Political operatives and partisan hacks aside, this deceit has infected those who should know better. Earlier this year, U.S. District Court for the District of Massachusetts Judge William G. Young distorted Scalia’s views in his opinion in Workman v. Healy, which rejected a Second Amendment challenge to Massachusetts’ ban on commonly-owned semi-automatic firearms. Young found that the banned firearms “are not within the scope of the personal right to ‘bear arms’ under the Second Amendment.” Suggesting that Justice Scalia would endorse such an outcome, Young concluded his opinion by writing, “Justice Scalia would be proud.”

Taken alone, Justice Scalia’s Heller opinion is enough to dispel this deception. In it, Justice Scalia made clear that the types of firearms protected by the Second Amendment include those “in common use at the time” for “lawful purposes like self-defense.” The AR-15, which is the favorite target of so-called “assault weapon” ban legislation, is the most popular rifle in America and therefore undoubtedly “in common use” and protected by the Second Amendment. Gun control advocates seem to agree that such semi-automatic rifles are common, considering they routinely complain about the “proliferation” of these firearms.

Further, in the 1994 case Staples v. United States, the Supreme Court determined that semi-automatic rifles were common. The case concerned the mens rea requirement for a conviction for possession of an unregistered machine gun. The subject of the case had argued that he was unaware that the AR-15 in his possession had been modified for automatic fire and was not simply a legal semi-automatic AR-15. In the majority opinion, Justice Clarence Thomas made clear that the mere possession of a converted AR-15 is not enough to infer a mens rea sufficient for conviction, as some firearms are, “so commonplace and generally available that we would not consider them to alert individuals to the likelihood of strict regulation.” Justice Thomas went on to write that most categories of guns, including semi-automatic rifles, “traditionally have been widely accepted as lawful possessions.”

If after Heller there was any remaining doubt as to where Justice Scalia stood on this matter, he settled the matter in 2015. That year, Justice Scalia joined Justice Thomas in a dissent from the denial of certiorari in Friedman v. Highland Park, a case concerning a local ban on commonly-owned semi-automatic firearms.

In the dissent, Justice Thomas lamented that despite the Supreme Court’s holdings in Heller and McDonald v. Chicago, “several Courts of Appeals… have upheld categorical bans on firearms that millions of Americans commonly own for lawful purposes,” which he made clear was “noncompliance with our Second Amendment precedents.”

Justice Thomas went on to explain,