You Can’t Make This Stuff Up: Brooklyn Area Witches Unite to “Take Down” People “In Charge,” Hurl Curses at Justice Kavanaugh 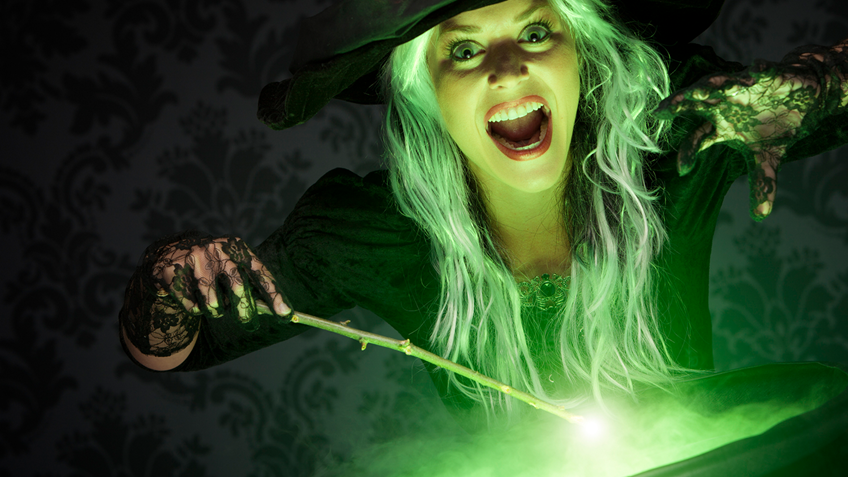 Well, Samhain is approaching, and if you’re familiar with the wing of the extreme Left that also identifies as witches and warlocks, that can only mean one thing: more politically-inspired attempts at paranormal activity!

We last reported on this phenomenon in June (coincidentally near the time of the summer solstice), when a filmmaker announced he was releasing a documentary on a “spellbiding” cast over the NRA and Donald Trump during Samhain 2017. As one article put it, the film seeks to “Tell [the] Story of Resistance Through Witchcraft.”

Since then, President Trump has been on a winning streak that has befuddled his critics and energized his supporters, while the NRA has celebrated the return of a Supreme Court that respects the original meaning of the Second Amendment.

But these Leftist witches are a persistent lot, so if at first they don’t succeed, they just re-board their brooms (or maybe in this case subway cars) and fly, fly again.

This week the news broke that activist witches will be back on Oct. 20 for a “public hex on Brett Kavanaugh,” this time to be hosted by Catland Books, a “metaphysical boutique and occult bookshop” in Brooklyn, NY.

The ritual will additionally target “the patriarchy,” with participants encouraged to “bring your rage and all of the axes you've got to grind.”

Dakota Bracciale, co-owner of the venue, explained to Newsweek that Justice Kavanaugh’s confirmation was not “a final victory.”

“No, you don’t win,” Bracciale warned Kavanaugh supporters during the Newsweek interview. “We know the system is broken, and the people in charge need to be taken down by any means necessary, magical or otherwise.”

Allying herself with another cause popular among the progressive Left, Bracciale described her cohort as “basically Antifa witches.” She continued, “We’re coming for these people's throats, and we will never stop, we will never be silenced ....”

"[I]t's all about causing suffering," Bracciale said to Newsweek. "And we intend to make Kavanaugh suffer."

A Facebook page for the event contains a link to a website where tickets can be purchased for $10, plus a $2.24 processing fee. Donations are also solicited from those who can’t attend. As of Thursday, the tickets were sold out, but scalpers in comments posted to the Facebook page were claiming to have some available.

The Facebook page also contradictorily notes that “no one will be turned away for lack of funds.” It doesn’t specify, however, whether anybody other than ticketholders will be allowed to attend.

Catland pledged to donate 50% of the proceeds to charity, including to Planned Parenthood and a charity for homeless LGBTQ youth. This, according to Bracciale, means that “the success of the spell isn’t the event’s sole purpose.”

Nevertheless, she defended the effectiveness of prior attempts hosted by Catland to place similar spells on President Trump, claiming among other things that he has been “invalidated” in their aftermath.

Fortunately, spiritual counter-efforts are also afoot, including by a prominent exorcist from San Jose, CA. He noted that people who traffic in “the conjuring of evil” are becoming increasingly emboldened and are gaining confidence that “the general public will be more accepting of the demonic.”

Certainly that appears to be true amongst the critics of President Trump, his appointees, and his allies, few of whom seem willing to condemn these efforts to bring “suffering” upon their political opponents via what the exorcist referred to as “the power of personified evil.”

Whatever might be said of these metaphysical battles, it’s important to remember that Americans concerned about the direction of the country can also make their influence felt right here in the material realm.

One of the most important ways is by voting in the upcoming elections on Nov. 6. They will, to a large degree, determine whether President Trump can continue delivering on his promises to the American people, including to its more than 100 million gun owners.

In the meantime, we now know where Brooklyn’s self-described witches will be casting their spells on Oct. 20.

But the more important question is: Where will you be on Nov. 6th?