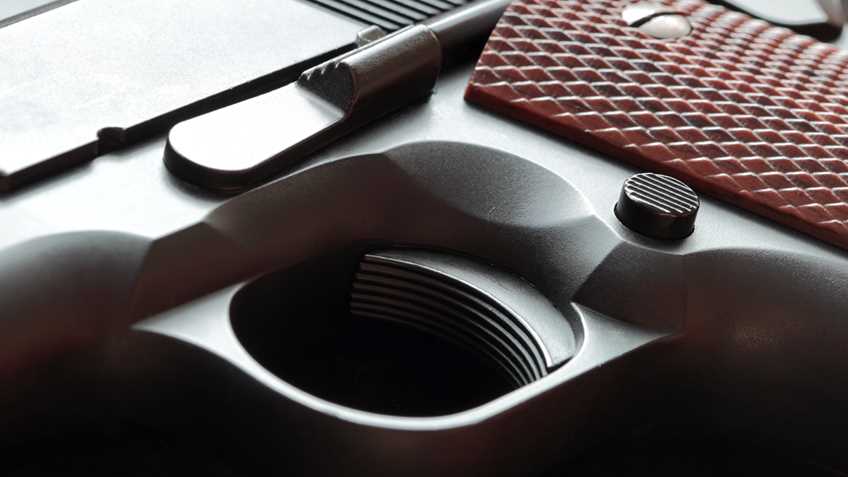 Earlier this month, a federal court invalidated California’s ban on premises advertising relating to handguns (but not other firearms), disparaging the state’s proffered justification for the law as nothing more than “mere speculation and conjecture.”

The law, California Penal Code § 26820, was enacted almost a century ago and prohibits licensed gun dealers from displaying handguns, imitation handguns, or any “placard advertising the sale or other transfer” of a handgun in any part of the dealer’s premises, inside or out, if it “can readily be seen from the outside.” The government’s rationale is that the ban diminishes handgun-related suicides and crimes by prohibiting ads that would “target passersby who are otherwise indifferent and induce them to enter a firearm retailer and buy a handgun.”

California’s Department of Justice Bureau of Firearms construes the law as requiring dealers to remove any depictions of a handgun that can be viewed from the exterior of the shop, including things like a three-dimensional metal sign shaped like a revolver and hanging in a dealership’s parking lot, and a “logo depicting an outline of a single-action revolver” on the outside of a building. A dealer who violates the ban faces possible forfeiture of his or her license.

Several licensees and gun stores challenged this content- and speaker-based advertising ban on the basis that not only is truthful, non-misleading commercial speech promoting lawful products or services protected by the First Amendment, this is especially so when the products themselves enjoy constitutional protection.

Their lawsuit referred to the test established by the United States Supreme Court for evaluating the validity of government-imposed restrictions on commercial speech, which includes a requirement that the state establish the restriction “directly and materially advance[s] the asserted governmental interest” by alleviating the targeted harm to a measurable degree, and by being only as restrictive as necessary.

The government claimed that its ban was supported by common sense and public health research. Section 26820, it alleged, “inhibits handgun purchases by people with impulsive personality traits, who, as a group, are at a higher risk” for suicide and crime than the population in general. California’s existing ten-day waiting period for firearm purchases was insufficient to quell such emotion-driven impulses, so the argument went, as purchasers remain susceptible to suicidal urges in the year after a handgun purchase was made. Two experts, one in marketing and the other in psychiatry, offered evidence in support of the government restriction, one of whom testified that guns used for suicide are bought, on average, eleven years before being so used.

The dealers argued that, in contrast to the era when Section 26820 was initially enacted, California now has a comprehensive regulatory framework that closely regulates handgun sales. In any event, it was hard to see how Section 26820 could actually address any public safety harms when dealers remain free to post onsite advertisements for rifles and shotguns, and to advertise handguns through broadcast, print, and online media. “The statute would even allow a dealer to hire someone to dress up as a revolver and stand on the public sidewalk or a major intersection, directing consumers to the store.” No other California law imposed “an outright ban on a retailer advertising a product that may lawfully be purchased” from that retailer. The fact that the law applied only to dealers meant that an anti-gun group could, without restriction, display depictions of handgun while picketing in front of a dealer’s premises, while the dealer would be prevented from using the same images in an outdoor advertising display promoting handgun safety.

In a decision dated September 11, 2018, United States District Judge Troy Nunley rejected the government’s justifications and concluded that the plaintiffs had met the relatively high bar required for the court to grant summary judgment, meaning the plaintiffs had demonstrated they were entitled to judgment as a matter of law. His order prohibited the state and its agents from enforcing Section 26820.

Judge Nunley summarized the government theory as essentially this: an impulsive person would be compelled to buy a gun (on impulse) after seeing a handgun sign outside a store and then, “at some unspecified future time likely years later, the person’s impulsive temperament will lead him to impulsively misuse the handgun that he bought in response to seeing the sign.”

First Amendment jurisprudence prohibited governments from imposing content-based restrictions on truthful and non-misleading speech that were grounded in such paternalistic fears over what lawful consumers might do –“the fear that a certain subset of the population with a particular personality trait could potentially make what the Government contends is a bad decision” to purchase a handgun, a constitutionally protected product.

On the critical issue, whether Section 26820 directly and materially advanced the asserted government interests, Judge Nunley found that the state had failed to show that Section 26820 had any demonstrable effect on handgun suicide or crime. “Instead, the Government relies on mere speculation and conjecture.”

Not only did “firearms fall into a product category least likely to involve impulse purchasing,” but the testimony of the state’s experts did not address to what extent, if any, people who “impulsively purchase handguns, as opposed to those who non-impulsively purchase handguns or obtain a handgun through means other than store purchase,” commit suicide or crimes with that handgun. There was no evidence that would attribute any such effect to Section 26820, rather than to California’s waiting period and other handgun purchase restrictions.

There were other problems with the advertising ban. The law was not the least restrictive means to accomplish the government objective because, in seeking to restrict purchases by a subset of the population – impulsive individuals – it instead prohibited advertising to everyone. In addition to being overly broad, Section 26820 was “fatally underinclusive.” Dealers could still advertise handguns online or by handing out flyers in front of the store or through the mail, and it was entirely lawful to advertise rifles and shotguns. The law did not regulate advertising inside a gun store that could be seen by people inside, but not outside, the premises, and it did not prohibit large neon advertising signs simply reading, “GUNS GUNS GUNS.” Advertisements like these undermined claims about the law’s effectiveness and the credibility of the government’s justification.

For now, legislators in California will need to look beyond simply “dampening demand for emotion-driven impulse purchases” of a handgun from a licensed dealer – an activity the court found to be both lawful and constitutionally protected – in seeking effective and legitimate solutions to suicides and crime.

A copy of the decision, Tracy Rifle and Pistol LLC v. Harris, is available at https://freebeacon.com/wp-content/uploads/2018/09/Tracy-Opinion.pdf.

Gun Control Twist: Saving One Life “Does Not Justify” Right-to-Carry 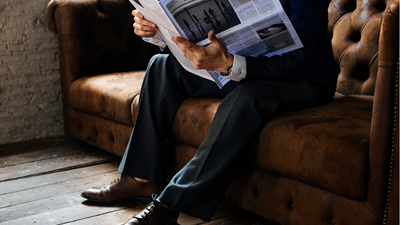