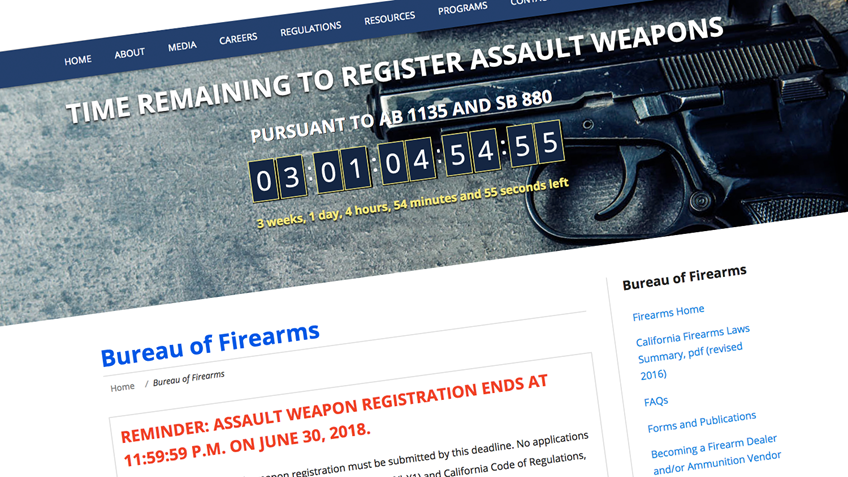 California residents attempting to comply with the Golden State’s ever-increasing swamp of firearms laws and regulations should take warning. According to a report out of Bakersfield, a good faith effort to obey the state’s labyrinthine firearm rules will not spare a gun owner in technical violation of the law from the wrath of the California Department of Justice.

Back on May 17, local NBC affiliate KGET reported on the case of farmer Jeffrey Scott Kirschenmann. According to the news outlet, the trouble started back in April when Kirschenmann attempted to register a rifle he owned with the California DOJ.

In California, “assault weapons,” or commonly-owned semi-automatic firearms with features the California State Assembly finds distasteful, are subject to registration. Pursuant to SB 880 and AB 1135, the California DOJ is now accepting registration of firearms lawfully owned prior to January 1, 2017 that fit the state’s new, stricter, definition of an “assault weapon” signed into law in July 2016. The change in definition targets firearms equipped with a “bullet button,” which allows the user to efficiently remove a fixed magazine with the use of a tool. The registration period runs through June 30, 2018.

The KGET report explained that during his attempt to comply with state law, Kirschenmann submitted photos of “an illegally modified” AR-15 to the California DOJ. This prompted an investigation by the DOJ that culminated in a raid of Kirschenmann’s home. Once inside the property, investigators allegedly discovered several unregistered “assault weapons,” a pair of suppressors, and what California terms a “multiburst trigger activator.”

Kirschenmann was arraigned on May 21 and given $150,000 bail. The farmer faces nine felony counts of unlawful possession of an “assault weapon,” two counts of possessing a suppressor, and one charge of possessing a “multiburst trigger activator.” There is nothing in the report to indicate Kirschenmann violated any federal laws or that he has misused his firearms in any manner.

The California DOJ’s persecution of Kirschenmann, following what appears to have been an honest attempt to obtain assistance in complying with state law, will sow further mistrust between the state government and gun owners.

The climate of distrust is understandable. Becerra and his predecessor, Sen. Kamala Harris (D-Calif.), have been at the forefront of demonizing gun owners. At Becerra’s 2017 confirmation hearing he told lawmakers that he considered his NRA F- rating “a badge of honor.” Back in February, Harris told the media that Americans can’t take pride in their country due to what she considers insufficient gun control laws.

Many gun owners are already reluctant to comply with registration laws, as such schemes are quite accurately viewed as a means to facilitate firearms confiscation. Moreover, Kirschenmann isn’t alone in his alleged failure to conform to Sacramento’s mandates. As history shows, when faced with California’s increasingly onerous and byzantine gun laws, many decent folks have unwittingly broken the law, ignored new restrictions, or opted for civil disobedience.

In 1989 California passed legislation that categorized certain semi-automatic firearms as “assault weapons” and required them to be registered. Few complied. Following the deadline and a “second chance” grace period, the Los Angeles Times reported that 46,062 firearms had been registered. Revealing the scale of noncompliance, the report went on to note that “The state Department of Justice has estimated there are 200,000 to 300,000 [commonly-owned semi-autos in the state]. Others have calculated as many as 450,000 to 600,000.”

With woeful registration compliance rates, one might expect gun control’s true believers to show leniency to those who make an attempt to comply with the law. Of course, that notion assumes gun control advocates consider registration in itself to be a valuable public policy. In truth, anti-gun advocates value registration only so far as it creates an additional barrier to gun ownership and enables confiscation.

Understanding this, California’s gun control laws have worked precisely as intended in Kirschenmann’s case. California officials have utilized them to remove firearms from one more benign American citizen and in doing so have inched closer to their goal of total civilian disarmament.

May 2018 Sets Another Background Check Record 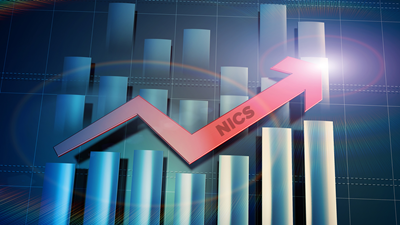