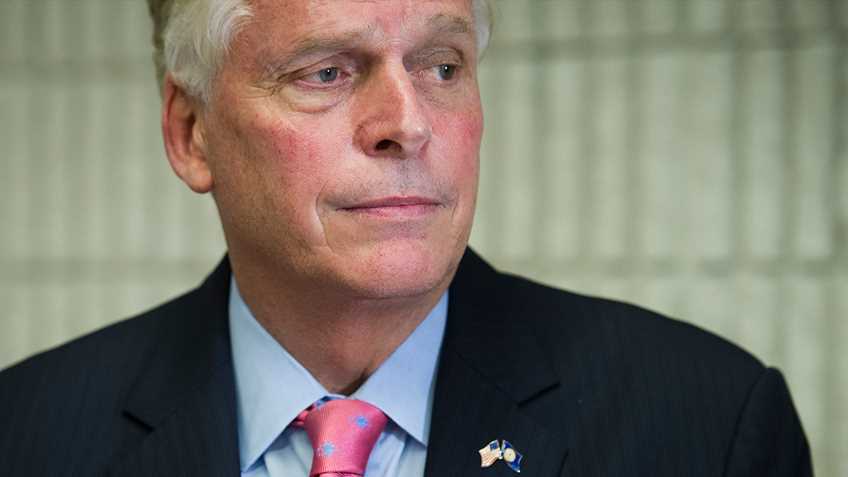 Virginia Governor Terry McAuliffe has recently been distinguished by Governing magazine as one of its “Public Officials of the Year.” According to the magazine, Gov. McAuliffe claims his “proudest single achievement” in office has been restoring voting rights to felons.

Virginia’s constitution categorically disqualifies convicted felons from voting unless the right has been restored by the Governor or other appropriate authority. This had previously been done on a case-by-case basis for eligible individuals but, starting in April 2016, Governor McAuliffe issued a series of executive orders that purported to remove this disability on a blanket basis, citing ex-cons who had to “battle a complicated and bewildering tangle of red tape to reach the voting booth” to exercise their constitutional rights. (To assist felons in regaining voting rights, Governor McAuliffe had already reclassified all drug-related convictions as non-violent, reduced the wait time to apply for violent offenders, and removed a requirement that offenders pay their felony-related court costs, fines, or restitution to be eligible.)

In a legal challenge brought by state officials and Virginia residents, the Virginia Supreme Court held that this kind of wholesale exercise of the restoration power was unconstitutional. “Although the Governor is entitled to champion his views, he cannot do so in contravention of law … Governor McAuliffe’s order … seeks not to mitigate the impact of the general voter-disqualification rule of law on an individualized basis but, rather, to supersede it entirely for an indiscriminately configured class of approximately 206,000 convicted felons, without any regard for their individual circumstances and without any specific request by individuals seeking such relief.”

A bipartisan group of Commonwealth’s attorneys who filed a brief in support of the lawsuit raised additional, serious concerns. Among other things, they noted that Governor McAuliffe “has mistakenly restored rights to a number of murderers, sex offenders, and other felons who are still in prison or on supervised release, as well as to individuals who may not vote because they are mentally incapacitated or lack United States citizenship.” Examples they listed include Ronald R. Cloud (responsible for “one of Virginia’s most infamous and brutal murders”), three members of the “Goonz” gang (“currently in prison for committing a series of home invasions”), Carlos Cerda Maquin (“deported to Peru …upon completion of his five year felony prison sentence for aggravated sexual battery”), Joshua Testa (“a man who technically meets the Governor’s requirements but whose criminal record includes over 20 convictions and is currently in police custody for stabbing his brother”), Michael Quintana (“lengthy violent criminal history and, at the moment his rights were restored, was sitting in jail awaiting trial for felony firearm possession and brandishing”), and many others. Worrying, too, was the possibility that the governor lacked the legal authority to undo or revoke such restorations, once granted.

Governor McAuliffe responded to the court decision by churning out thousands of individual orders in large-scale or batch restorations, while conceding that “discrepancies” or “clerical errors” – mistakes like those identified in the Commonwealth’s attorneys’ brief – were still possible. Nonetheless, he declared it was imperative to err on the side of giving citizens a chance rather than using administrative mistakes as an “excuse” to deny deserving individuals their rights.

Unfortunately, this dedication to expanding access to fundamental liberties, however arduous or taxing it may be, is very selective in scope. Governor McAuliffe’s concern for safeguarding the civil liberties of “second class citizens who must jump through onerous hoops” doesn’t extend to empowering lawful gun owners in Virginia seeking to exercise their Second Amendment freedoms.

Among other things, the governor vetoed legislation this year that would have allowed a person protected by an unexpired order of protection to legally carry a concealed handgun for a short time, including the processing period for a concealed carry license. The bill, he alleged, “perpetuates the dangerous fiction” that “victims of domestic violence will be safer by arming themselves.” Last year, in another ostensible “gun safety” measure, the governor issued an executive order that banned concealed and open carry of firearms in executive office buildings throughout the state, undermining the ability of law abiding citizens to defend themselves while at the same time asserting that “Virginians have the right to feel safe and secure in going about their daily lives.” Speaking to reporters this summer, the governor pushed for more gun control measures, stating, incorrectly, that “we lose 93 million Americans a day to gun violence.”

Unquestionably, ensuring that citizens are free to exercise their fundamental rights is a commendable achievement. Governor McAuliffe’s actions, however, reveal that his commitment is of a peculiar and partisan kind: he’ll champion constitutional rights provided this doesn’t impinge on his furiously anti-gun agenda.

Virginia’s gun owners, fighting their own civil right battles against oppressive government policies, have ample reason to view the governor’s halfway heroics skeptically, as just another exercise in political expediency – after all, the governor is former chair of the Democratic National Committee as well as a long-time pal of failed presidential candidate Hillary Clinton (whose own “proud accomplishment” moment included naming the NRA among the enemies she was “most proud of”).

But if we’re recognizing achievements in meaningless gun control and intolerance for Second Amendment rights, Governor McAuliffe is certainly in the running.