This month, the United States Supreme Court commenced its October sitting. Among the cases that the Court may decide to review is Kolbe v. Hogan, No. 17-127. The case arises out of a challenge to Maryland’s Firearm Safety Act of 2013, a law banning so-called “assault weapons” like AR-15s and other detachable magazine-fed semi-automatic rifles, and the sale and transfer of magazines capable of holding more than ten rounds.

A three-judge panel of the U.S. Court of Appeals for the Fourth Circuit had initially struck down the law, finding it was “beyond dispute” that the banned firearms and magazines were commonly owned and in common use by law-abiding citizens and thus, based on District of Columbia v. Heller, clearly within the scope of Second Amendment protection. The case was subsequently reargued before a larger panel (an “en banc” appeal).

In a ruling early this year, that panel reversed and upheld Maryland’s law, using an “out-of-context parsing of the Supreme Court’s statement in Heller” that had been rejected as inappropriate by the earlier decision. Citing language in Heller on “dangerous and unusual weapons” (“weapons that are most useful in military service—M-16 rifles and the like”), the en banc court crafted a new constitutional test that is unsupported both legally and factually: that the banned semi-automatic rifles and large-capacity magazines are “like” M-16 rifles and other military weapons, and as such, are not constitutionally protected at all.

Maryland Attorney General Brian E. Frosh, who wrote and ensured the passage of the challenged law as part of his continuing campaign for ever more stringent gun control in the state, applauded this new ruling, commenting that it “is unthinkable that these weapons of war …would be protected by the 2nd Amendment.”

The NRA has filed an amicus brief in support of the plaintiffs’ petition seeking the Supreme Court’s review of the case. The brief contends that the decision not only contradicts Heller – that arms in common use for lawful purposes are protected by the Second Amendment and cannot be subject to an outright ban – but that the factual underpinnings of the ruling are fundamentally incorrect.

Heller’s standard for identifying the “arms” protected by the Second Amendment excludes those “not typically possessed by law-abiding citizens for lawful purposes” and “highly unusual in society at large.” In this analysis, it is the choices of citizens that are determinative, and not those of legislatures or government officials. “Millions of Americans own millions of” these banned firearms and magazines.

A standard manufacturer-supplied magazine generally holds more than ten rounds, and Americans own approximately 75 million “large capacity” magazines, representing about half of all magazines owned in the United States.

The AR-15 banned under the law is the “most popular centerfire semiautomatic rifle in the United States.” Under Heller, that is all that is needed for citizens to keep such firearms under the Second Amendment.

Further, equating these typical arms to military weapons, those “that are unquestionably most useful in military service,” is demonstrably wrong. Earlier Supreme Court precedent recognized the AR-15 rifle, “the paradigmatic type of firearm that Maryland seeks to ban,” is a “civilian” rifle distinct from an M-16. More generally, as another brief notes, the “semiautomatic rifles banned by Maryland are not the main military rifle of any country on earth.” Such guns are neither functionally equivalent to M-16s, nor more lethal or dangerous.

The inherent folly of the Fourth Circuit’s decision is that it not only subverts the Second Amendment, the test it imposes (“like” M-16s or “useful in military service”) is staggeringly overbroad: any firearm that fires a projectile from a barrel by the action of an explosive stands to be banned because it is “like” a military rifle or “useful” in warfare.

The brief mentions a greater concern, the urgent need to address the cumulative effect of decisions like this one. In the almost ten years since Heller was decided, lower courts continue to distort or disregard Supreme Court precedents on the Second Amendment to the detriment of law-abiding gun owners. “The result is a steady erosion of the fundamental right to keep and bear arms. … In no other context would such a widespread, overt, and severe entrenchment upon constitutional rights be tolerated.”

Besides the NRA, a diverse range of other interested parties have filed briefs asking the Court to take up this appeal and invalidate the Maryland decision, among them 21 state Attorneys General, over 30 national and international law enforcement groups and local firearm rights groups, and many others.

In order for the U.S. Supreme Court to hear a case, four out of nine justices must agree that the case merits an appeal. The Court has not yet decided on whether to hear the appeal in this important case, but your NRA-ILA will post updates on this case as they occur.

Your Help Is Urgently Needed to Ensure Congress Acts on Pro-gun Legislation! 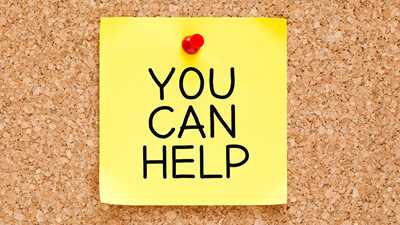