On June 2nd, the Vermont Supreme Court issued its decision in North Country Sportsman's Club v. Town of Williston, which tested the ability of the town to enforce a noise ordinance against the Club for operating a shooting range. The Supreme Court reversed a lower court’s ruling, and held that Vermont’s range protection statutes prevented the town from restricting noise unless it exceeded “historic levels of shooting” at the range.

North Country Sportsman’s Club has operated a trap shooting range just east of Burlington, Vermont for nearly 50 years. For the past two decades, the club’s has allowed its 100 members and guests to shoot from 4pm to dusk on Wednesdays and 9am to 4pm on Sundays. For special events, such as monthly Saturday competitions, the club would give the town 48 hours’ notice.

Like many locations with outdoor ranges, the Town of Williston has grown over the years from a rural farming community to a popular suburb of Burlington, the state’s largest city. Indeed, its two best-known residents are well-known gun control advocates Ben Cohen and Jerry Greenfield of Ben & Jerry’s Ice Cream fame.

In 2004, Williston adopted a noise ordinance prohibiting any “excessive, unnecessary, unreasonably loud noise or disturbance, which disturbs, destroys, or endangers the comfort, health, peace, or safety of others within the immediate vicinity of the noise or disturbance.” It further required that “sport shooting uses permitted prior to January 1, 2005” would have their hours of operation “determined through a written agreement with the Town.” While the ordinance took effect of January 1, 2005, the Club did not immediately enter into an agreement.

In 2006, the Vermont Legislature enhanced shooting range protections by amending the state preemption law to prohibit municipalities from adopting ordinances that would “prohibit, reduce, or limit discharge at any existing sport shooting range.” The law was signed into law by the governor on May 22, 2006 and took immediate effect. One year after passage of the state provision, the Club entered into an agreement with the town in May 2007 to allow the weekly Wednesday and Sunday shooting hours and special events with 48 hours’ notice.

In 2014, Williston demanded that the Club limit its once-a-month Saturday special events to five or six a year. The Club refused and withdrew from the agreement, and over the next two weeks the town sent police to the range several times and issued noise citations against the Club. The Club responded by bringing suit against the town for relief.

The trial court’s October 2015 ruling is evidence that “if you torture a statute long enough, it will confess to whatever you want it to.” It upheld the town noise ordinance, finding that while state law prohibited local restrictions on firearm discharge at the range, the town could still regulate firearm noise. In support of its ruling, the court reasoned that the Club could use silencers or sound-restricting enclosures to reduce noise without limiting the amount of shooting at the range. It failed, however, to recognize that suppressors do not eliminate all noise and that any noise enclosure would require a 100 foot tall, 70,500-square-foot building that would not only be cost-prohibitive, but also violate the town’s 35-foot building height restriction.

The Vermont Supreme Court reversed the trial court’s decision and overturned the Williston ordinance. It found that the Vermont Legislature “specifically restricted municipal authority to prohibit, reduce, or limit discharge at any sport shooting range in existence as of May 2006.” In consequence, the town lacked any authority “to reduce the permissible use or discharge of firearms at the Club below the levels in effect on May 22, 2006.” It also rejected the lower court’s hair-splitting distinction between firearm discharge and firearm noise, finding instead that the legislative history of the 2006 amendment demonstrated that the Legislature intended to preempt both.

The Vermont Supreme Court’s ruling proves the value of NRA-ILA’s efforts to defend your rights. Since 1994, the number of states with range protection laws has grown from eight to 48, thereby ensuring that ranges remain open and range owners are protected from civil court action, criminal prosecution, or other local government interference. In like manner, 43 states now have preemption statutes to limit the authority of local governments to regulate firearms, which prevents local politicians from targeting gun owners and imposing restrictions more severe than state law. There remains, however, much work to do, and we count on your efforts and support to accomplish it. 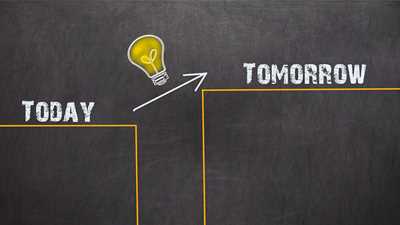