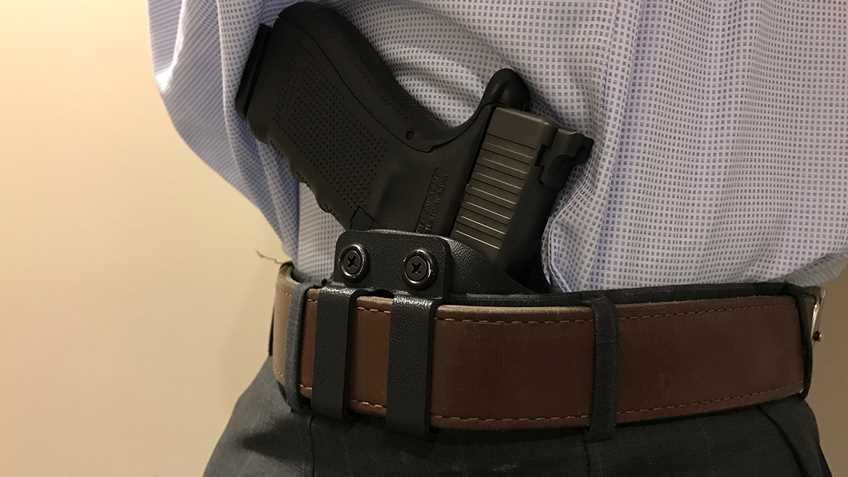 1. Exercising a right shouldn’t be contingent upon what state you’re in.

This seems like it would be obvious. Sadly, it’s not. The Supreme Court affirmed in 2008 that Americans have a constitutionally-protected individual Right to Keep and Bear Arms for self-defense. What’s more, no state can deny a Constitutional right. All national reciprocity means is that state governments must respect non-residents’ right to carry a firearm for self-defense to the same degree as residents of the state. And despite rumors to the contrary, national reciprocity legislation would not dictate to states how and where residents could carry concealed. Non-residents would also have to abide by state regulations governing behavior and places of carry.

2. You don’t want to be an accidental criminal.

Ever of heard of Brian Fletcher? How about Raymond Hughes and Meredith Graves? Each one of them has something in common: They are concealed carriers-turned-accidental criminals because they carried their legally-owned firearms into a state without reciprocity.

Brian Fletcher was a utility repairman who traveled from North Carolina to New Jersey with his legally-owned firearm to do disaster relief work. After volunteering the information about his gun to a police officer in New Jersey, he was arrested and subsequently faced five years in prison.

Raymond Hughes, a corrections officer, was simply traveling through New Jersey when a drunk driver sent him to the emergency room. He had his legally-owned firearm in the car, but because New Jersey doesn’t recognize non-resident carry permits, Hughes was charged with a Class 2 felony.

A similar story happened to Meredith Graves. A registered nurse and concealed carrier, Graves left her handgun in her purse while visiting the 9/11 memorial. When she left New York, she left with a misdemeanor weapons charge added to her record.

These are only a few stories, but they represent many, many instances of law-abiding gun owners getting caught up in the confusing patchwork of reciprocity laws we currently have in the United States.

3. Concealed carry permit holders are among the most law-abiding citizens in the country.

Yes, it’s true. A 2014 study from the Crime Prevention Research Center (CPRC) showed that roughly 11 million Americans have concealed carry permits, up from an estimated 8 million in 2011. Today, the number is closer to 15 million. The CPRC also examined permit holders in Florida and Texas. Between 2008 and 2014, Florida had an average of 875,000 active permit holders. Its permit revocation rate during those years (i.e., the rate of concealed carriers who had their permits revoked due to firearm-related offenses) was a staggering…wait for it…0.00007%.

The rate of concealed carriers convicted of crimes was similarly low in Texas, a state that had 584,850 active permit holders in 2012. Of those, only 0.021% were convicted of a misdemeanor or a felony.

The bottom line? Concealed carry permit holders have overwhelmingly proven to be responsible and law-abiding. And they’re certainly not out there turning American communities into the Wild, Wild West.

Which leads us back to the part about otherwise law-abiding gun owners becoming accidental criminals. When laws change with little public notice, it’s difficult to know when or how you’d run afoul of them.

It does happen: In 2012 for example, the state of Delaware, under the direction of then-attorney general Beau Biden, dropped reciprocity with concealed carriers from Virginia. In 2015, Virginia Attorney General Mark Herring announced his state would stop recognizing permits from 25(!) other states.

And while it is up to each individual gun owner to stay on top of state gun laws, if you’ve been legally carrying your concealed handgun from Virginia to Delaware for 10 years and didn’t know about changes in reciprocity coming down the pipeline, it’s understandable that you’d make that additional trip without checking.

Again: it’s easy for well-intentioned people to get caught up in legal troubles when we’re talking about a patchwork of state laws that can change with little notice.

5. Law-abiding concealed carriers can protect YOU in all 50 states.

As much as gun control advocates like to argue that there’s no such thing as a “good guy with a gun,” mountains of evidence say otherwise.

Just last June, headlines swept the nation of a concealed carrier who stopped a mass shooter outside a nightclub in South Carolina, potentially saving dozens of lives. And who could forget the Minnesota mall stabbing spree last September? He too, was stopped by a law-abiding concealed carrier. Then in January, when two armed men tried to rob a jewelry store in a mall in San Antonio, Texas, they were stopped by concealed carrier. The armed men had already shot and killed an innocent bystander. Who knows what would have happened if the gun owner hadn’t stepped in?

These are just a few stories, but there are many more out there. The truth is responsible, law-abiding concealed carriers are an added layer of protection for ALL of us. Unfortunately, too many states make it difficult or impossible for gun owners to carry concealed — let alone across state lines. In this uncertain world, the last thing states should do is disarm law-abiding gun owners. That doesn’t make anyone safer. But you know what will? Empowering gun owners with the freedom to exercise their right to defend their life and the lives of those around them — no matter what state they’re in. 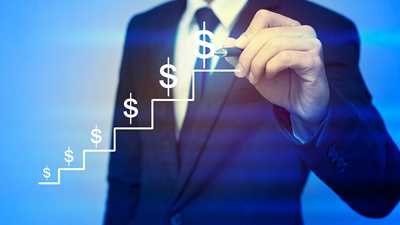