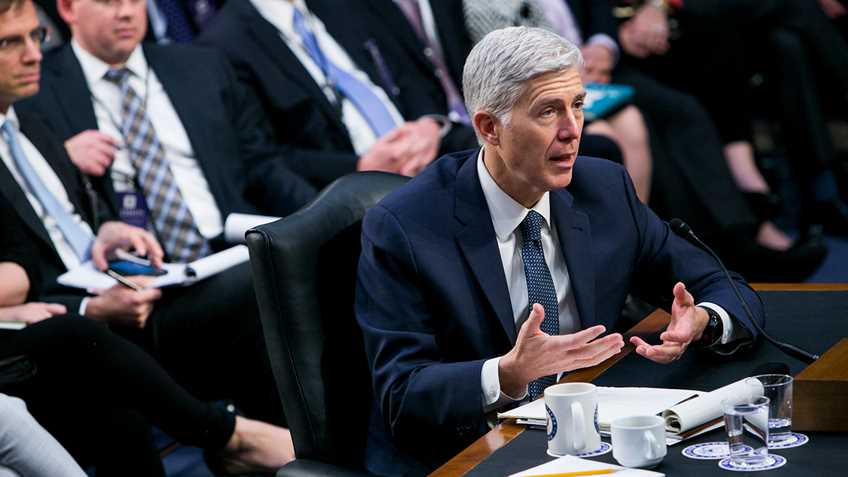 With the vote to confirm Neil Gorsuch as the next U.S. Supreme Court justice fast approaching, red state Democrats in the Senate are weighing their options while carrying lots of gun control baggage.

Such senators include Tammy Baldwin, D-Wis.; Sherrod Brown, D-Ohio; Joe Donnelly, D-Ind.; Claire McCaskill, D-Mo.; Bill Nelson, D-Fla.; and Jon Tester, D-Mont.; among others. While all eight of these senators are from states that Donald Trump won with a strong pro-gun message—thereby making a vote against an originalist like Gorsuch politically risky in itself—at least six of them have a gun control past that can be used to drive them from office in 2018, should they vote against Trump’s Supreme Court nominee.

Consider Sen. Baldwin: Madison’s The Cap Times reports that she fought side-by-side with gun control Sen. Chris Murphy, D-Conn., to expand background checks in the wake of the June 12, 2016, Orlando nightclub attack. While it is emotionally convenient to push gun control in the wake of such a heinous attack, the push for background checks missed the mark because the Orlando Pulse attacker passed a background check for his firearms—a handgun and a rifle—both of which he carried into the club. Moreover, he even submitted to a waiting period for the handgun.

Sen. Brown also supported gun control in the aftermath of the Orlando Pulse attack. The Columbus Dispatch reports that Brown supported Sen. Diane Feinstein’s, D-Calif., push to prohibit gun sales to an individual if the attorney general had a “reasonable belief” that the individual “would use the gun for acts of terrorism.” Instead of taking the clearer course of action—to arrest and try individuals whom the attorney general believes are bent on terrorism—Brown supported the idea of simply taking away Second Amendment rights without due process.

Sen. McCaskill proved a vocal proponent of gun control as Democrats fought tooth and nail to pass more gun laws in the wake of the heinous attack on Sandy Hook Elementary. As Democrats unsuccessfully rallied to institute universal background checks, McCaskill stood by her party. Missouri University’s The Maneater quoted McCaskill as saying:

We love the Second Amendment in Missouri. Guns were an important part of my upbringing, so I want to be really careful that we don’t take steps that deny people the opportunity to buy weapons. On the other hand, we’ve got to figure out a way to do everything we can to prevent the slaughter of young children.

Sen. Nelson is a party-line voter whom Democrats know they can count on for gun control. In fact, he’s willing to support gun control, then find a scapegoat in the NRA when it fails.

For example, the Tampa Bay Times reported that Nelson voted for all the gun control measures put forward by Democrats following the Orlando nightclub attack. And after all the measures were defeated, Nelson said:

At the risk of redundancy, let us remember that the Orlando nightclub attacker passed a background check and waiting period in acquiring his guns. Moreover, the attacker was not on a terror watch list. Therefore, the failed gun control bemoaned by Nelson was gun control for the sake of gun control.

Sen. Tester is an outlier in that he does not have a strong gun control record to highlight. Yet, Montana loves gun rights so much that “99.4 percent” of that state allows constitutional carry.

Add to all these factors the NRA’s pledge to run ads against red state Democrats who oppose Gorsuch, and the uphill climb for these senators just gets steeper. In fact, the NRA’s efforts might already be seeing success, as two Democrat Senators—Joe Manchin and Heidi Heitkamp—announced yesterday that they will vote in favor of Gorsuch’s confirmation.

President Trump campaigned on using the Supreme Court to save the Second Amendment from “people like Hillary Clinton,” and Neil Gorsuch is key to fulfilling that promise.

Woman scares off attacker with gunshot