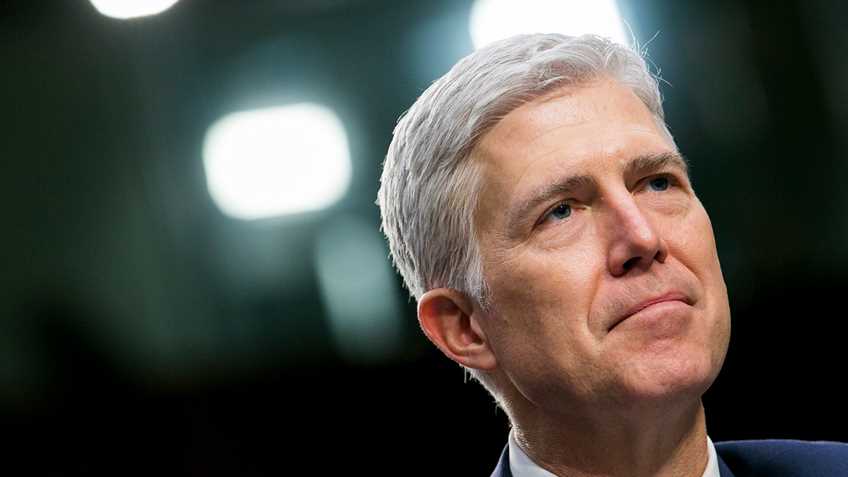 Gorsuch made the comment during an exchange with Sen. Dianne Feinstein (D-CA), who was trying to goad him into agreeing with the anti-gun opinion recently issued by the U.S. Court of Appeals for the Fourth Circuit (see story at this link).

He refused to take the bait, however, telling her, “Well, it's not a matter of agreeing or disagreeing, Senator, respectfully it's a matter of it being the law. And -- and my job is to apply and enforce the law.”

Throughout his hearings, Gorsuch deftly answered questions about his judicial philosophy and parried on inquiries that would have required him to prejudge legal issues that he could face as a Supreme Court justice.

His answers made clear, however, that he would staunchly defend Americans’ constitutional rights, including the Second Amendment.

They also reinforced his belief in Justice Scalia’s signature technique of constitutional interpretation known as originalism. This methodology focuses on the actual words of constitutional provisions as they would have been publicly understood at the time of their enactment.

This approaches ensures that the inalienable rights recognized at the founding cannot later be declared null and void by judges who might consider them outdated or counterproductive in the modern world.

As Justice Scalia put it in Heller:

Gorsuch paid homage to Justice Scalia in his opening statement at the hearings. Calling Scalia a “mentor,” Gorsuch stated, “He reminded us that words matter. That the judge's job is to follow the words that are in the law, not replace them with those that aren't.”

He also invoked the words of Alexander Hamilton: “"Liberty can have … nothing to fear from judges who apply the law. But liberty has everything to fear if judges try to legislate, too."

President Trump promised to appoint Supreme Court justices who would respect constitutional rights, including the Second Amendment, and who would faithfully apply the law.

Judge Gorsuch embodies those ideals, and his performance this week before the Senate Judiciary Committee gives every indication he will soon get to exercise them as a U.S. Supreme Court justice.

And when he does, all Americans – including gun owners – will be better off as a result.