Amid hysterical and inaccurate headlines after Congress voted to overturn an Obama-era gun grab, it's important Americans understand the facts. Contrary to what some media headlines implied, everyone who buys a firearm from a licensed dealer must go through a background check, and those who are adjudicated as dangerously mentally ill remain prohibited.

The bill that was so outrageously mischaracterized had to do with who is banned from gun ownership and why. Under direction from the Obama administration, the Social Security Administration wanted to prevent some of the most vulnerable Americans from exercising their constitutional rights. Specifically, it tried to prevent gun ownership by people on the Social Security disability rolls who use a representative payee to help with their finances.

IN THIS ARTICLE
Social Security Administration Due Process
TRENDING NOW 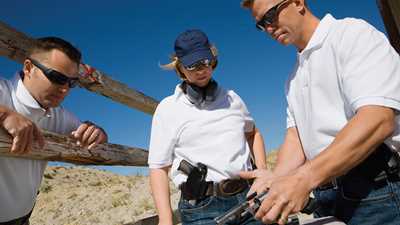