Next week, Congress is expected to begin the review and potential repeal of a host of Obama Administration regulations put in place during the last 60 days of Obama’s tenure under the Congressional Review Act (CRA).  Among the regulations specifically targeted for action is the Obama-era Social Security Administration (SSA) gun grab, enacted in the waning days of the anti-gun president’s tenure.

As we reported last month, the rule would for the first time in the nation’s history co-opt the SSA into a gun control apparatus by labeling certain Supplemental Security Income and Disability recipients as “mental defectives” and reporting them to the FBI’s gun ban database. Possession of firearms by these individuals would then become a federal felony, punishable by up to 10 years in prison.

The rule, as the SSA itself has admitted, has nothing to do with the individuals’ propensity for violence or self-harm. Rather, the affected persons would be mostly law-abiding individuals singled out because they receive benefits for any of a wide-range of mental disorders (e.g., anxiety, bulimia, obsessive compulsive disorder, etc.) and have a representative payee assigned to help them manage their SSA funds. The Obama White House estimated that some 75,000 people would be reported each year under the new guideline.

While the rule would require reported beneficiaries to be notified of their banned status, it would not give them a chance to defend their suitability to exercise their Second Amendment rights until after they had already been prohibited. At that point, they would be required to file a petition, at their own expense, for “relief from disabilities.” The rule requires petitioners to obtain an expensive and time-consuming mental health evaluation and to disprove risks to the public safety and interest the government never established, or even tried to establish, in the first place.

More than 91,000 comments were submitted on the rule, the overwhelming majority of them in opposition to it. Comments submitted by mental health professionals and advocates for the mentally ill pointed out that the proposal was not supported by evidence or science, added to the stigma of mental illness, and created disincentives for mentally ill persons to seek help and benefits to which they are entitled.

Yet the SSA brushed all these concerns aside in rushing the rule to completion before Barack Obama left office. Confronted with evidence that the rule was illegal, unconstitutional, counter-productive, and would do nothing to further public safety, the SSA simply asserted it was necessary to fulfill a bureaucratic imperative urged on the agency by the Obama Department of Justice.

It’s a shame that the already crowded congressional calendar has to be burdened simply with clearing the minefield Barack Obama intentionally laid to stall and hinder his successor. But it’s encouraging that Congress is taking such swift action to do exactly that.

NRA-ILA Executive Director Chris Cox praised the move in statements to the press on Wednesday. “Congress’ decision to review the Obama administration’s back-door gun grab is a significant step forward in protecting a fundamental constitutional right for law-abiding gun owners,” he said.

You can help by contacting your Congressional representative and urging him or her to vote “yes” on the joint resolution to overturn the SSA’s gun ban rule under the Congressional Review Act. Use the Write Your Federal Lawmakers feature on the NRA-ILA’s website or call the Congressional Switchboard at (202) 224-3121. 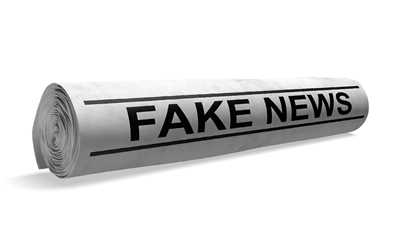