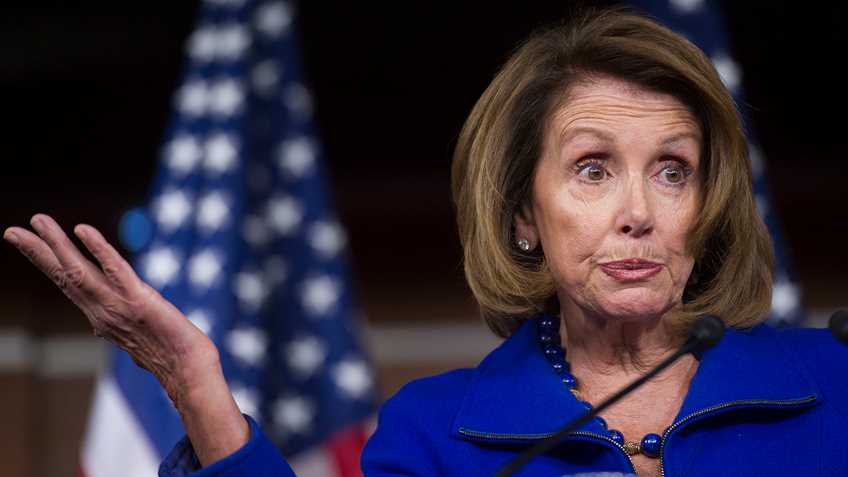 It is very encouraging to think about the opportunities that await America’s gun owners under the new Trump administration. I am optimistic that we will be able to repair the faults of two Obama terms and advance our firearms freedom in the coming months and years. Your NRA is hard at work to ensure we do just that.

The clear takeaway from November’s historic election is that America is eager to change business as usual in Washington, D.C.

But gun control advocates, most of whom avidly supported Hillary Clinton, have once again proven themselves to be out of touch and behind the curve by doggedly clinging to their old playbook and their old agenda, despite the electorate’s clear repudiation of their tactics and ideas.

One of the biggest signs that the hard anti-gun left won’t change course is the re-election of Nancy Pelosi as House Democratic leader. As the Washington Post put it, “Pelosi easily toppled Rep. Tim Ryan (D-Ohio), a seven-term lawmaker who launched an upstart bid to lead House Democrats … in response to the party’s disappointing November election results and concerns that Democrats have become out of touch with working class voters in key swing states like Pennsylvania, Michigan and Ohio.”

Pelosi is steeped in the anti-gun dogma of her hometown of San Francisco. Less than a month before the presidential election, she insisted on Twitter that House Republicans give their Democrat colleagues a “#gunvote.”  Last summer, she facilitated a partisan “sit-in” on the House Floor demanding that they take up legislation to ban firearm purchases by those on secret government lists and to ban private firearm transfers.  Pelosi even ludicrously declared at one point that the sit-in would continue “until hell freezes over.” Instead, it lasted about 16 hours and featured social media, pillows, donuts, pizza, and a catered buffet. The political stunt accomplished nothing of substance, other than causing disruption to official government business and expense to U.S. taxpayers.

The "sit-in" demonstrated that Pelosi and other anti-gun Democrats consider themselves above the rules.

While a waste of time, the “sit-in” demonstrated that Pelosi and other anti-gun Democrats consider themselves above the rules. And not just the rules that they would impose upon ordinary Americans, but the rules Congress has imposed on itself to ensure a minimum level of decorum and order while it pursues the peoples’ business. We can expect similar behavior from Pelosi’s anti-gun caucus whenever they do not get their way. We can also expect that Pelosi will push the coastal Democrats’ same old gun control agenda at every opportunity.

We saw evidence late last year that the gun ban ploy of messaging to exploit emotions before facts are known remains standard operating procedure. Ohio State University was the latest example, as a Somali refugee reportedly inspired by ISIS rammed his car into a group of people and then charged after bystanders with a knife.

Virginia Senator Tim Kaine, Clinton’s running mate, was soon to join Watts in pushing the anti-gun narrative, tweeting, “the senseless act of gun violence at Ohio State … .” After fellow Twitter users blasted Kaine for his out-of-touch political opportunism and inaccurate portrayal of events, he issued a follow-up message in which he admitted the “attacker used a vehicle and knife.”

What Watts and Kaine didn’t say was that no firearm was involved except the one used by a good guy on the scene, Ohio State police officer Alan Horujko. Officer’s Horujko’s quick intervention in neutralizing the attacker undoubtedly prevented further loss of innocent life, a fact that was appropriately recognized by Vice President Mike Pence. “Fast action by law enforcement saved many innocent lives today,” Pence wrote on his own Twitter account.  Notably, Vice President Pence didn’t publicly discuss the tragedy until the facts were known.

But innocent lives were not the concern of the Brady Campaign to Prevent Gun Violence, which used the attack to encourage its followers to say “NO” to guns “in college campuses.” University officials had broadcast a message to “Run Hide Fight” during the attack, but anyone forced into that last option against the armed attacker would clearly have been at a disadvantage. And just as clearly, the Brady Campaign and their fellow gun control supporters want to keep it that way.

Against the clearest possible example of the lifesaving benefits of an armed good guy on the scene of an attempted massacre, Brady insisted that potential victims should continue to face would-be killers on unequal terms.

Shortly after the November election, NRA Executive Vice President Wayne LaPierre congratulated pro-gun voters for giving Hillary Clinton a permanent political vacation. The 69-year-old Clinton was on the losing side of the biggest political upset in modern history; proved unpopular with voters across the spectrum; and was dogged throughout her campaign with questions about her hypocrisy and duplicity. But not even a month after the election, veteran reporter and Clinton chronicler Ron Fournier signaled the former secretary of state had “plans to keep her options open for 2020.”

As disappointed as gun control supporters were in 2016, they remain as firmly entrenched in their old ideology and agenda and as impervious to reality and rejection as ever.  It would be a mistake, however, to assume that they’re going away.

We cannot forget that our victories in 2016 were the result of an unprecedented effort by tens of millions of NRA members and supporters who knocked on doors, contributed funds, volunteered time, and continued to press for freedom at every opportunity.  These tireless efforts were truly historic.  But it wasn’t easy, and those arrayed against us mounted an unprecedented level of spending in elections at all levels of government.  We can be certain that they will continue to attack our freedoms wherever and whenever they have the opportunity.  It’s not in their nature to learn from their continued mistakes.

When reality clashes with the hard left’s ideology, they choose ideology every time. And nowhere is this more evident than in the case of gun control. That’s why anti-gun politicians will disrupt official government business to “protest” their own colleagues; and why a gun control organization will insist that college students must remain unarmed even as the victims of an apparent terrorist attack on campus are trying to recover from their injuries.

So we must be ever vigilant in the defense of our firearms freedom.  Because our opponents’ agenda remains what it has always been -- to take that freedom away.

There are always going to be those who believe their views are superior to everyone else and that they must therefore dictate the conditions of everyone else's lives.

Because whatever else happens in America, there are always going to be those who believe their views are superior to everyone else and that they must therefore dictate the conditions of everyone else's lives. Guns – or at least private gun ownership – have no place in the society they envision.

We have no reason to believe that Michael Bloomberg or George Soros are going away anytime soon. But even if they did, the next generation of anti-gun financiers are ready to replace them. Hollywood moguls, tech billionaires, globalists, and crass entertainers desperate to broadcast their own superior virtue will remain anti-gun fixtures, especially in the wake of an election in which the American people so thoroughly repudiated their views.

The anti-gun bills have been written and the media talking points to support them are already scripted. The “studies” to “prove” guns are incompatible with civil society and public health are underway. A generation is being raised in cities with virtually no exposure to the sporting traditions that have imbued hunters with a reverence for nature and the thrill of the chase.

And pacified adults on college campuses are told that when confronted with lethal aggression, run and hide if you can, and fight if you must, but you’ll have to improvise your defense with books, chairs, and fire extinguishers. Because somehow the bad guys always know how to use their guns for evil, yet you can never be trusted to use yours for good.

We proved once again that NRA remains the most powerful political force in America with our historic election-day victory.  With focus, drive, determination, and working together, we can prove the point once again in the U.S. Congress and the state legislatures, but only if we are resolute in understanding that our opponents will continue to press for advantage.  The fight for freedom continues. 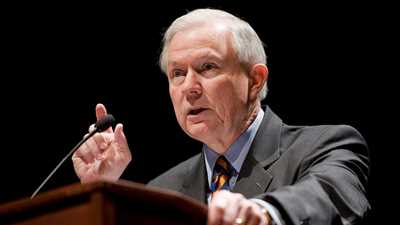