Last week, Massachusetts Attorney General Maura Healey added to the confusion caused by her decision to unilaterally ban common semi-automatic firearms by releasing a list of “Guns That Are Not Assault Weapons.” In other words, she decided to independently, once again, confuse law-abiding citizens about a law that has existed for nearly two decades with another “opinion” that has little to do with the law itself.

As we have reported, Healey’s original “enforcement notice”, conveniently released while the Massachusetts’s State Legislature was in recess for the GOP Convention, created confusion among Bay Staters as to whether or not they were in violation of a law nearly two decades old, resulting in a massive upsurge in firearm purchases.

In addition to confusing the citizens who she’s supposed to represent, Healey’s new “directive” does nothing to clarify what criteria she is using to justify her new interpretation of existing law. Her list of guns not defined as “assault weapons” includes firearms such as:

Gun owners, collectors and enthusiasts do not need to be told that a Ruger Mini-14, a Springfield M1A and a long list of 1994-era hunting rifles and shotguns do not qualify as “assault weapons.” On the other hand, what the law-abiding citizens of Massachusetts deserve is clarification of the overly vague criteria on which Maura Healey interpreted the law in the first place. Massachusetts Governor, Charlie D. Baker, shares that sentiment. In his July 26 letter to Attorney General Healey, he writes, “…ambiguities in your notice require clarification for responsible gun owners who simply want to follow the rules and for the thousands of gun owners who were told they were following the rules for eighteen years.”

In addition to working with local groups like Gun Owners Action League (GOAL), your NRA continues to explore all legal and legislative options to protect the rights of Massachusetts gun owners. Stay tuned.

Couric’s Under the Gun, Under Fire Again 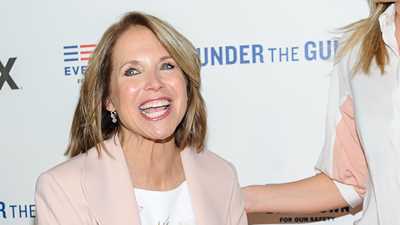