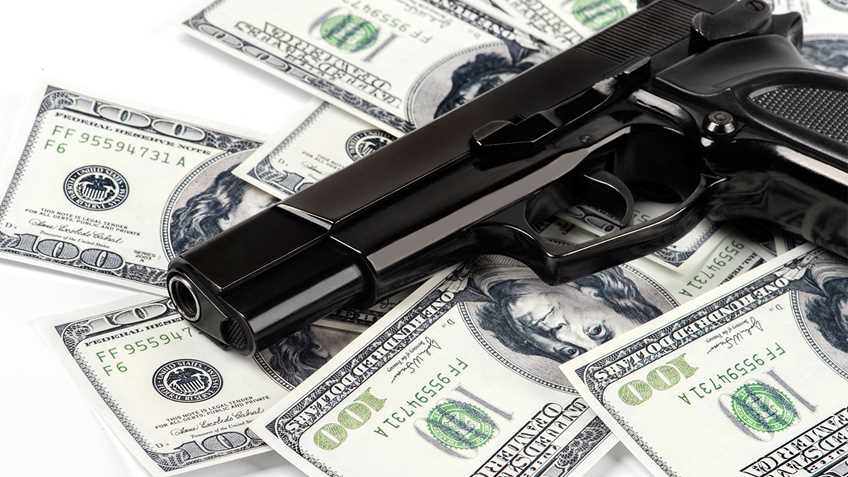 Initiatives to impose so-called “universal background check” laws are pending in Maine and Nevada, and a similar initiative was passed in Washington State in 2014. In addition to claiming that these laws don’t outlaw private transfers of guns or “criminalize traditional behavior,” proponents also allege the background check laws have “commonsense” and “reasonable exceptions.”

The NRA opposes these measures for many good reasons – that they are misleadingly portrayed as applying to only “sales,” that they accomplish little besides burdening honest gun owners with new fees and paperwork, and because these laws regulate temporary loans, gifts and similar innocuous “transfers” of guns, with few and inadequate exemptions.

The Oregon Firearms Safety Act (OFSA), enacted in 2015, follows the template of such “universal background check” laws and initiatives. The OFSA applies when any change of possession of a gun occurs, even if ownership or title remains the same, by defining a “transfer” as any “delivery of a firearm from a transferor to a transferee, including, but not limited to, the sale, gift, loan or lease of the firearm.” It prohibits a gun sale or “transfer” between persons who are not federally licensed, unless the transaction is completed through a licensed gun dealer. Both parties “must appear in person before a gun dealer, with the firearm, and request that the gun dealer perform a criminal background check on the transferee.”

Even for temporary loans or where no money changes hands, all of the paperwork that applies to a retail sale of a firearm applies. Dealers are authorized to charge fees for “facilitating” these transactions, which means a loan of a gun costs the lender or borrower twice over (once for the loan, and again when the gun is returned). A person who fails to comply with these requirements commits a criminal offense –a felony if the person has a previous conviction.

The OFSA has limited exceptions, including temporary transfers between specified family members (but not in-laws), for law enforcement officers (only “while that person is acting within the scope of official duties”), or to prevent death or serious physical injury (but the threat must be “imminent” and the gun must be returned “immediately”).

The recent case of Jeremy Lucas, the rector of Christ Church Episcopal Parish in Lake Oswego, Oregon, illustrates perfectly the shortcomings of the OFSA and the initiatives on the ballot this fall.

Reverend Lucas, a former lawyer and lobbyist, purchased $3,000 worth of tickets for a softball team’s raffle of an AR-15 rifle, seeking to win the rifle so he could destroy it in a symbolic act. After winning the raffle, Rev. Lucas went through the mandatory background check process at a licensed gun dealer before claiming the gun. He reportedly then gave the gun to a parishioner to store while he decided what to do with it.

Regardless of motive or intent, the “delivery of a firearm” to another person for storage is still a “transfer” governed by the OFSA. According to news reports, local police have asked the Oregon State Police to investigate the matter. If convicted of a misdemeanor violation of the OFSA, Rev. Lucas could face a maximum fine of $6,250 and up to a year in jail.

This isn’t the only instance where a “universal” background check law has backfired. In 2014, the Lynden Pioneer Museum, a small museum in Washington State, decided to return historical firearms loaned for an exhibit to the owners before the exhibit terminated and before the state’s initiative law took effect, pointing to the financial burden of background checks and the lack of any exemption for museums, historical societies and similar entities.

Proponents of the Washington law dismissed these concerns, tut-tutting that “you can’t craft every possibility into every law,” but the museum’s apprehension was echoed by other museums and institutions that borrow or exhibit guns. Similarly, the Washington Department of Fish and Wildlife (WDFW) issued a guidance concerning “transfers” during hunter education classes. Resting on a convoluted interpretation of the initiative law, this concluded that volunteer instructors were “law enforcement” and exempted from the background check requirements, but only “when in formal volunteer status for WDFW and acting within the scope of their authority.” However, student-to-student transfers of firearms would not qualify under that exemption, prompting a suggestion that instructors use only air rifles or facsimiles that did not meet the definition of a “firearm” under the initiative.

Initiatives for this type of “universal background check” law will be voted on this November in Nevada (Question 1) and Maine (Question 3). Both initiatives have generous financial backing from former New York City Mayor Michael Bloomberg’s “Everytown for Gun Safety” group, and proponents of both claim the measures represent “common-sense” proposals to regulate gun sales, with “reasonable” and adequate exceptions. These proposals, though, ignore reality: the vast majority of criminals who acquire firearms don’t go through legal channels, and won’t bother with a background check. As we’ve said all along, the most substantial impact these laws will have is to turn law-abiding gun owners into criminals.