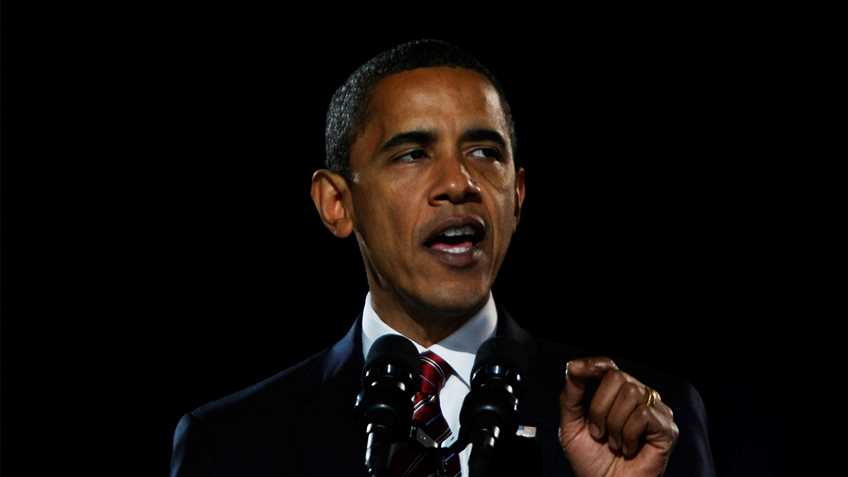 It’s puzzling that the University of Chicago Law School permitted Barack Obama to lecture on constitutional law, as comments he made last week indicate that he would struggle to properly teach high school civics. Specifically, the president appears wholly unfamiliar with the concept of due process.

During a much-publicized PBS town hall-style event in Elkhart, Ind. on June 2, an audience member questioned Obama on his support for further gun controls. In a portion of his response, Obama stated the following:

I just came from a meeting today in the Situation Room in which I got people who we know have been on ISIL Web sites, living here in the United States, U.S. citizens, and we’re allowed to put them on the no-fly list when it comes to airlines, but because of the National Rifle Association, I cannot prohibit those people from buying a gun.

That’s right, thanks to NRA, our allies in Congress, and the basic precepts of the U.S. Constitution and liberal democracy, President Barack Obama cannot unilaterally pick and choose whose constitutional rights are to be respected. Would-be autocrats are still required to actually establish an individual’s danger or guilt before stripping them of their fundamental rights.

During the past several years, anti-gun lawmakers, most notably Rep. Peter King (R-N.Y.) and the late Sen. Frank Lautenberg (D-N.J.), have pushed legislation that would empower the attorney general to unilaterally remove an individual’s gun rights absent due process. The latest version of King’s legislation, H.R. 1076, permits a revocation of rights if the attorney general merely believes “that the transferee is known (or appropriately suspected)” to be engaged in terrorist activities “and the Attorney General has a reasonable belief that the prospective transferee may use a firearm in connection with terrorism.” Of course, the attorney general serves at the pleasure of the president.

The president appears unaware that our constitution would not permit him, or his attorney general, even if authorized by statute, to extinguish an individual’s rights in such a frivolous manner. However, we are happy to provide the president with a brief remedial civics lesson.

Our respect for due process was inherited from our English forebears. For more than 800 years it has been understood that due process is vital to protect against the arbitrary actions of aspiring authoritarians. Magna Carta, forced on King John in 1215, held:

No free man shall be seized or imprisoned, or stripped of his rights or possessions, or outlawed or exiled, or deprived of his standing in any way, nor will we proceed with force against him, or send others to do so, except by the lawful judgment of his equals or by the law of the land.

The contours of procedural due process protections vary by context. However, at a bare minimum, due process requires notice, an opportunity to be heard, and a neutral decision maker. It should be obvious that to statutorily empower the president to use unfettered discretion to secretly and single-handedly eliminate an individual’s rights would not comport with these protections.

Using the example of alleged ISIL sympathizers in his remarks was calculated to engender some support for the president’s position, as the group has certainly more than proven themselves an enemy of humanity. However, in order to safeguard our fundamental rights it is necessary to look to the broader principles at stake and how the federal government might use such a power moving forward. Various reports have revealed the haphazard manner in which the federal government places individuals on its terror watchlist. Moreover, in recent years the Department of Homeland Security has exhibited an interest in what it considers to be “rightwing” extremism. Those who drew the attention of federal law enforcement included those concerned with issues like abortion or gun rights, and returning military veterans.

Of course, if Obama is concerned with legitimately dangerous persons engaged in illegal activity, who are already known to the federal government, he should direct the vast resources of the Department of Justice towards prosecuting these individuals. Given the supreme confidence Obama has displayed in judging the dangerousness of these persons, it seems his Justice Department should have no trouble securing convictions in open court that would not only strip these people of their gun rights, but remove them from society as well.

Obama’s support for a unilateral executive authority to deny an individual their gun rights is only one part of a wide-ranging campaign, involving various anti-gun politicians and gun control advocates across the country, to subvert the due process protections afforded to gun owners.

California has been ground zero for these types of attacks on our rights. Seemingly on a pursuit to find the constitutional floor, the California legislature has repeatedly sought legislation that strips an individual of their gun rights under increasingly dubious circumstances and procedures. In 2014, the Golden State enacted AB 1014, which established a “Gun Violence Restraining Order” scheme. Under this regime, a family member or law enforcement officer can seek an order barring an individual from possessing firearms prior to the individual having any opportunity to defend themselves or to be heard. Not satisfied with this gross deprivation of rights, California lawmakers came back in 2016 with legislation that would broaden the categories of persons that could seek a GVRO.

On the federal level, Sen. Charles Schumer (D-N.Y.) and others have sought legislation that severely curtails due process. The 2011 version of Sen. Schumer’s “Fix Gun Checks Act” allowed for individuals to be barred from possessing firearms for merely “an arrest for the use or possession of a controlled substance within the past 5 years;” no conviction necessary.

The Department of Veterans Affairs and Department of Justice are currently engaged in a wholesale effort to deny veterans their gun rights without due process. Veterans found to require a fiduciary to handle their VA benefits following a perfunctory procedure have their personal information forwarded to the National Instant Criminal Background Check System, to be listed alongside felons and the dishonorably discharged as prohibited from possessing firearms.

In his remarks on PBS, Obama blamed NRA for his inability to unilaterally deny individuals their Second Amendment rights. In truth, NRA has effectively worked with lawmakers to halt legislation that was already unconstitutional. However, if the president wants to recognize NRA as the primary barrier between himself and the unrestrained power to violate the Second Amendment rights of Americans, we’ll accept the honor. 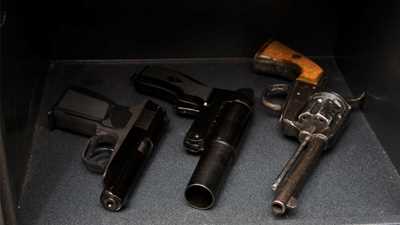