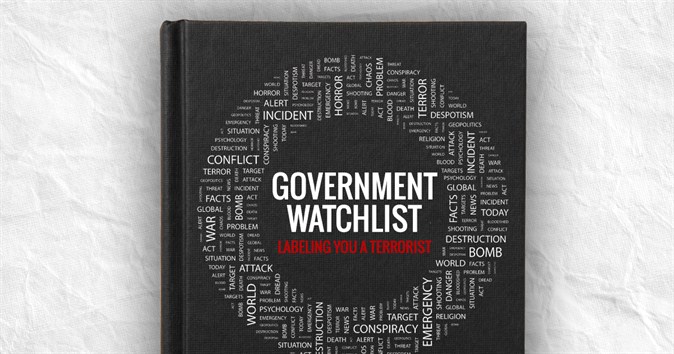 For over a decade, anti-gun activists have attempted to exploit the country’s fear of terrorism in order to expand the categories of persons prohibited by federal law from owning firearms. Dubbed the effort to close the “Terror Gap” by the late Sen. Frank Lautenberg (D-N.J.), gun controllers, including Michael Bloomberg, have championed legislation that would empower the federal government to deny firearms to those on the Terrorist Watchlist.

NRA has uniformly opposed such legislation as a violation of the Fifth Amendment right to due process, repeatedly calling into question the list’s accuracy and secrecy and the inability of a person meaningfully to challenge his or her listing. Newly-leaked documents, offering unprecedented insight into the Terrorist Watchlist, vindicate NRA’s position.  They also provide an instructive case study of the gun control movement’s increasingly prevalent strategy of undermining due process protections intended to keep the government from arbitrarily stripping you of your rights.

On July 23, the website The Intercept published an article by reporters Jeremy Scahill and Ryan Devereaux titled, “The Secret Government Rulebook For Labeling You a Terrorist.” The basis for their article was a “March 2013 Watchlist Guidance” document, produced by the National Counterterrorism Center.

The guidance report makes clear that the procedure for adding a person to the Terrorist Watchlist simply requires “reasonable suspicion.” In the definition of what constitutes “reasonable suspicion,” the document notes, “irrefutable evidence or concrete facts are not necessary.” Speaking on this topic, former FBI Special Agent David Gomez told the reporters, “If reasonable suspicion is the only standard you need to label somebody, then it’s a slippery slope we’re sliding down here, because then you can label anybody anything.”

In a passage that should prove especially chilling to gun owners (who some in government already seek to portray as “rightwing extremists”), the document meticulously explains how government officials should behave in an encounter with an individual on the Watchlist. It instructs the officials to glean as much information from the person as possible and use it in a report to be filed with the federal government. The report should include a person’s “Gun show applications, firearm license, concealed weapons permit, [and] shooting club memberships.”

Scahill and Devereaux followed up the initial Watchlist story with another item on August 5, titled, “Barack Obama’s Secret Terrorist-Tracking System, by the Numbers.” The piece provides context for leaked classified documents, including one entitled “Directorate of Terrorist Identities (DTI) Strategic Accomplishments 2013.”

According to information obtained by the reporters, the Watchlist contains 680,000 individuals, with those plus a further 320,000 comprising the broader “Terrorist Identities Datamart Environment,” or TIDE. The journalists explain, “Of the 680,000 people caught up in the government’s Terrorist Screening Database… more than 40 percent are described by the government as having ‘no recognized terrorist group affiliation.’” The article also quotes New York University Brennan Center for Justice Fellow and former FBI agent Michael German as stating, “You might as well have a blue wand and just pretend there’s magic in it, because that’s what we’re doing with this—pretending that it works.”

These revelations should put to rest the idea that the Watchlist should play any role in determining a person’s firearm eligibility (or the ability to exercise any other fundamental right, for that matter). However, the push for Watchlist-based gun legislation is instructive in what it reveals about the gun control movement’s larger strategy.

The central goal of gun control supporters is to diminish the number of gun owners. Gun control supporters have discovered that their path of least resistance in this effort is to expand prohibited persons categories. In order to expand these groups, gun controllers seek to marginalize an ever-increasing number of individuals as belonging to some unsavory societal category, and then set about demolishing the due process requirements that serve as a threshold for inclusion in the category.

In the case of Terrorist Watchlist legislation, supporters of the restrictions insisted that it would “keep guns and explosives out of the hands of known terrorists.” It is now clear from the recently-released documents that this legislation would have empowered the federal government to trample the rights of a far larger swath of people, who could be arbitrarily placed on the list. Moreover, as we reported with respect to a recent lawsuit challenging the constitutionality of the No-Fly component of the Watchlist, those on the list have virtually no recourse to challenge their status.

The information in the leaked Watchlist documents and accompanying articles, and its ramifications for proposed Watchlist gun control legislation, should serve to add a dose of much needed skepticism to debates surrounding gun legislation ostensibly targeted at unpopular evildoers. It is important to examine precisely what types of people the legislation will marginalize and the threshold by which the government will make its determination.  This trend should concern not just gun rights activists, but all who value civil liberties and restraints against unfettered government action.