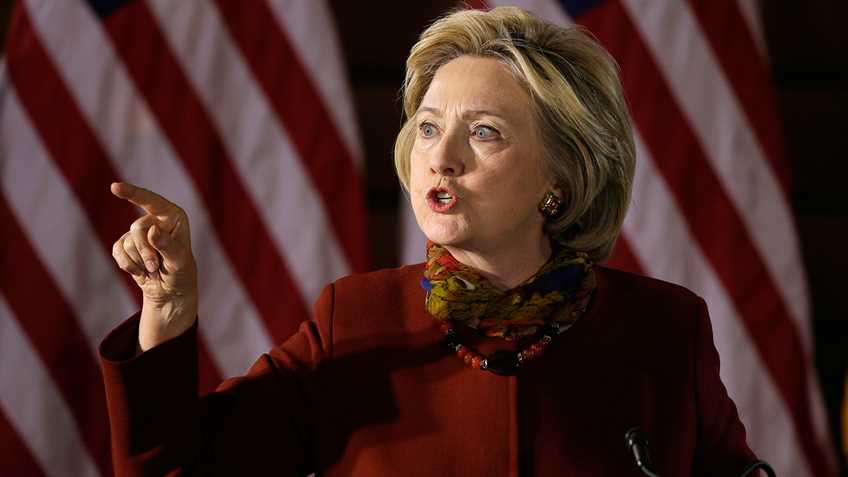 In what has become as reliable as clockwork, with the passing of another week comes another Hillary Clinton attack on gun owners. This time, the frontrunner for the Democratic presidential nomination explained to supporters her intent to make an assault on gun rights and NRA one of her top priorities. A video of her comments has been distributed by Breitbart.com and can be viewed by clicking here.

I really support everything President Obama said he would do through regulation on guns but we're going to start the very first day and tackle the gun lobby to try to reduce the outrageous number of people who are dying from gun violence in our country.

Later, the candidate spoke of her party’s chances of taking control of the Senate, stating,

The Democrats have decided they will be led by Chuck Schumer and Chuck Schumer has been one of the most effective legislators in taking on the gun lobby. He and I worked together to get the Brady bill passed way back in my husband's administration. So I think that it's the kind of issue you have to start early, you have to work on it every day and we need to make it a voting issue.

A visibly agitated Clinton concluded her remarks on the subject by noting,

I'm going to keep talking about it, and we are going to make it clear that this has to be a voting issue. If you care about this issue, vote against people who give in to the NRA and the gun lobby all the time.

These comments make clear that gun owners and NRA would be in Clinton’s crosshairs from the moment she assumes office. And thanks to Clinton’s recent candor, gun owners don’t have to guess at the types of restrictions Clinton has in mind for them. Clinton has supported a ban on popular semi-automatic firearms and endorsed an Australian-style confiscation scheme for carrying out her vision. Clinton has expressed her vehement opposition to the Right-to-Carry. Most disturbing, under Clinton’s false interpretation of the Constitution, the Second Amendment does not protect and individual right to keep and bear arms and allows gun bans.

Somewhat of a political pragmatist, Barack Obama waited until he secured a second term before launching most of his efforts to restrict firearm ownership. Hillary Clinton is continually making clear that under her reign gun owners would receive no such reprieve.

This is why NRA members, along with their families and friends, must get involved in our efforts to secure a victory for gun owners this fall. At the bare minimum, gun owners must ensure that they and their loved ones are registered to vote. For those that can contribute more to our fight for freedom, NRA-ILA’s Grassroots Division can connect you with volunteer opportunities anywhere in the country, and NRA has made it easier than ever to participate in our efforts. To register to vote or explore further opportunities to help, please visit NRA-ILA’s Election Center at https://www.nraila.org/about/election-center/.