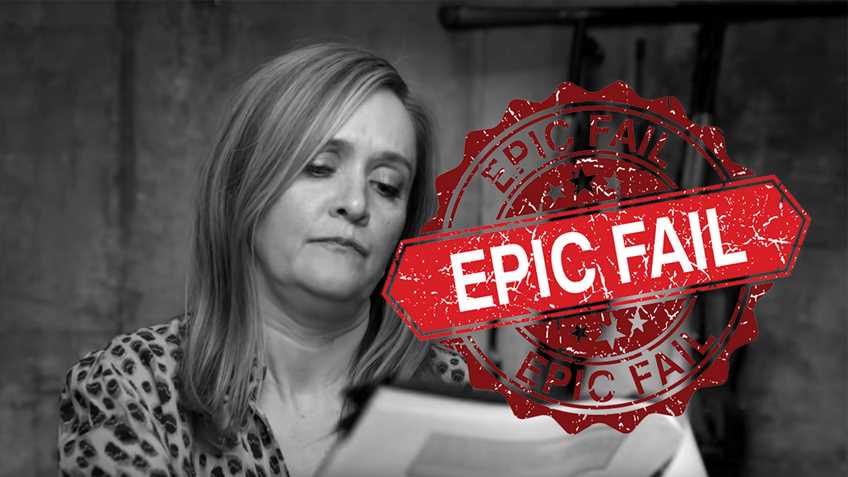 Comedian and television host Samantha Bee supposedly did an “epic takedown” of the NRA’s “hypocrisy” in being ok with rules for purchasing a mascot costume, and defending the rights of law-abiding Americans to purchase firearms. If you’re confused at this point, you’re not alone. Unfortunately for Bee and her apostles, the only things the video was a “takedown” of were facts, reality, and journalism. In that order.

Putting aside - for a moment - the pathetic nature of attacking a gun safety program designed for children - Bee’s strained, apples-to-oranges comparison fails to make one very important distinction: The Eddie Eagle costume for the NRA’s Eddie Eagle GunSafe Program is a private, trademarked fictional character to be used only within the parameters of the program (NOT in a “satirical” anti-gun comedy sketch - shocker!).

In fact, rule #1 on the NRA’s Eddie Eagle website states that “Eddie Eagle must be used ONLY for the purpose of firearm accident prevention.”

Ms. Bee should have known right then and there that her quest to obtain a costume would prove rocky at best. Attempts at fraud usually are.

And if that weren’t enough already, the idea that anyone has a right to demand an organization’s intellectual property – to be used against that organization’s stated purpose – just doesn’t fly in reality.

On the other hand, owning firearms - yes, firearms PLURAL - is a constitutionally protected right. As such, the government cannot and should not, impede the ability of law-abiding Americans to purchase them without due process.

Now that that’s cleared up, it’s worth asking why Bee felt the Eddie Eagle GunSafe Program was fair game for her mockery. Launched in 1988, the program - which teaches children to “Stop, Don’t Touch, Run Away and Tell a Grownup” if they find an unattended firearm - has reached 28 million kids.

It’s also worth pointing out that in the years the program has been active, the rate of firearm accident deaths among children ages 0-14 has dropped 85 percent. That’s right: According to the Centers for Disease Control, there were 278 accidental deaths of children ages 0-14 years in 1988. By 2014, that number had fallen to just 50. For children in pre-K through 4th grade - Eddie Eagle’s target age group - such deaths have dropped 79 percent.

While tragic for the 50 families who lost children in 2014, the numbers represent a steady decline. Our kids are getting safer, period. And all these positive changes have occurred even as private gun ownership has soared. Bee’s attempts to ignore those facts make her disingenuous and dishonest at best. Disturbing, at worst.

By contrast, let’s examine the gun safety program for kids that groups like Everytown for Gun Safety and the Brady Campaign have invested in over the last 25 years. Oh wait...

Despite marketing itself as a “gun safety” organization, Michael Bloomberg’s Everytown doesn’t spend a penny promoting actual gun safety. Gun control, on the other hand? Well they’ll spend millions on that!

But that’s the difference between groups like Everytown and the NRA. Instead of just paying lip service to the idea of gun safety, the NRA puts its money where its mouth is. The NRA teaches kids how to respond if they come upon a firearm. What’s more, the safety instructions don’t stop with school-aged kids. There’s a reason the NRA has a network of more than 97,000 certified instructors who teach adults responsible and safe gun handling and usage.

Everytown (and Bee) don’t care about gun safety. Nobody who did would put a gun (even a prop gun) to her mouth with her finger on the trigger (as Bee does in the segment). When it comes to the very real consequences of mishandling guns, that kind of irresponsible behavior just isn’t funny.

Instead, they would simply prefer that firearms not exist in the first place. Or they would just prefer to mock a gun safety program.They don’t want people to be safe with firearms, because the very notion that people can safely and peacefully coexist with firearms runs counter to their agenda of firearm prohibition.

Either way, the ploy to distract from a gun control agenda by mocking the Eddie Eagle costume may work for a short news cycle or to elicit a cheap laugh from some. But if the goal is to reduce accidental deaths - and that is the point, here - then there’s only one organization that has a track record of reaching that end: the National Rifle Association. 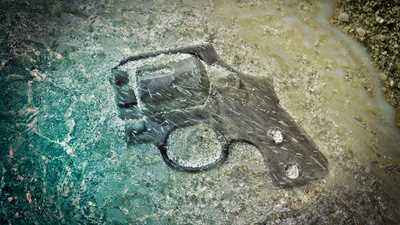