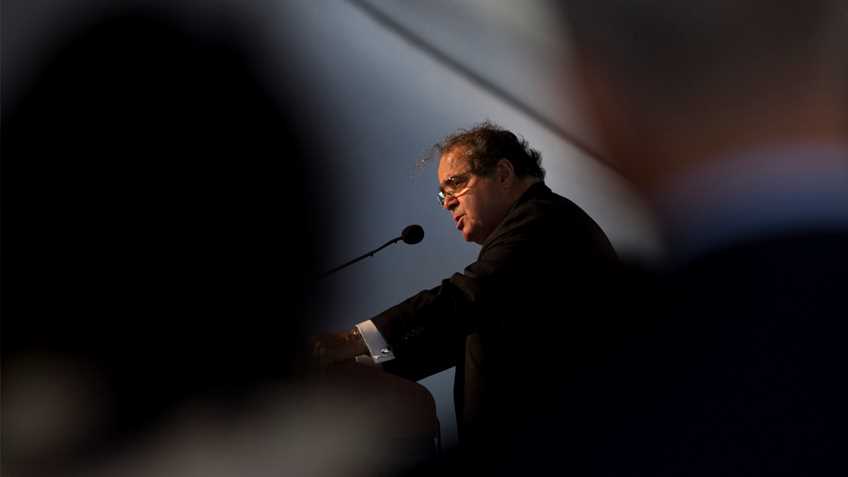 Longtime U.S. Supreme Court Justice Antonin Scalia, a stalwart defender of the U.S. Constitution and author of the critically important majority opinion in the District of Columbia v. Heller case, passed away on Feb. 13 at the age of 79.

When Justice Elena Kagan was dean of Harvard Law School, she explained Justice Scalia’s monumental influence: “His views on textualism and originalism, his views on the role of judges in our society, on the practice of judging, have really transformed the terms of legal debate in this country.” In short, “He is the justice who has had the most important impact over the years on how we think and talk about law.”

Justice Scalia’s landmark opinion in Heller affirmed the individual Second Amendment right, including the right to own handguns for self-defense. That decision was made possible not just by what Justice Scalia did in 2008, but by a career dedicated to defending the Constitution.

As a law professor at the University of Virginia and the University of Chicago, as a judge on the D.C. Circuit Court of Appeals, and then for 30 years as a justice of the U.S. Supreme Court, Antonin Scalia was guided by two complementary principles: textualism and originalism.

“Textualism” means that whenever courts interpret any legal document—a Constitution, a statute or a contract—judges should consider first and foremost the precise words of the document. So in Heller, Scalia observed that the Second Amendment protects “the right of the people.” Justice Scalia’s landmark opinion in Heller affirmed the individual Second Amendment right, including the right to own handguns for self-defense. That decision was made possible not just by what Justice Scalia did in 2008, but by a career dedicated to defending the Constitution.

Justice Scalia’s other guiding principle was the original public meaning of the Constitution.

What did a given constitutional provision mean to the American people when they ratified it and made it “the supreme law of the land”? Justice Scalia did not invent originalism, an interpretive technique that is as old as the Constitution. But when President Ronald Reagan nominated Scalia in 1986, originalism had been in eclipse for decades. Supposedly, originalism was old-fashioned and outdated.

Over the course of the next three decades, Justice Scalia would explain that originalism, while not perfect, is the best method for judges to discern and enforce the law that the people created and to guard against judges arbitrarily imposing their own policy preferences under the guise of legal interpretation.

Justice Scalia’s majority opinion in Heller cited a mountain of public evidence that Americans in the Founding Era and the Early Republic understood the Second Amendment to guarantee an individual right. In dissent, Justice Stevens had little to work with, and he was reduced to arguing that even if the Second Amendment protects an individual right, it should yield to whatever the government considers necessary for public safety. The majority rejected that approach. “[T]he enshrinement of constitutional rights,” Scalia wrote, “necessarily takes certain policy choices off the table.”

Justice Scalia’s other guiding principle was the original public meaning of the Constitution.Unlike some previous Supreme Court justices, Scalia was neither pompous nor aloof. A father of nine and a grandfather of 28, he told young lawyers that there is more to life than work, and they should remember their duties to family and community.

Justice Scalia was not only an ardent and brilliant defender of Second Amendment rights, he exercised those freedoms as a marksman and avid hunter. Indeed, his sudden death, which stunned all those who cherish our guaranteed civil rights, occurred while he was on a hunting trip.

If our Second Amendment endures into the 22nd century, Justice Antonin Scalia will deserve much of the credit, and he will be studied and emulated by judges and law students. Today, we can be thankful for the legacy of a great justice and an exemplary man.