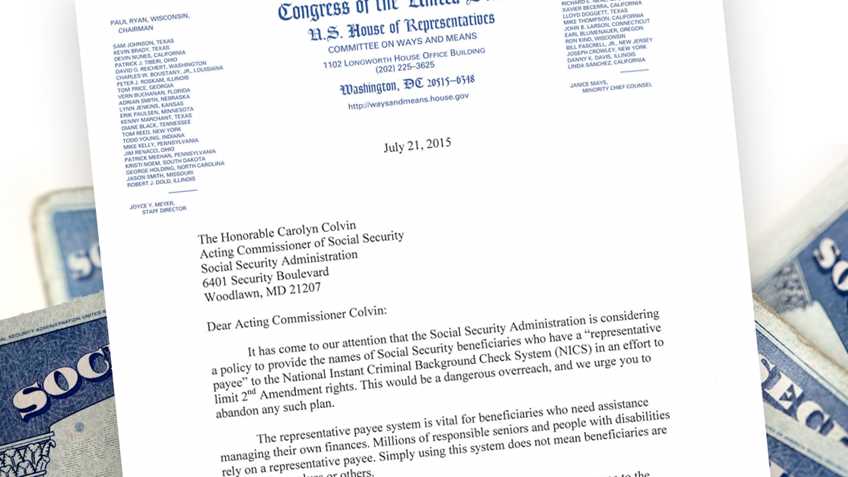 The National Rifle Association’s Institute for Legislative Action (NRA-ILA) lauded Congressman Sam Johnson (R-TX), Chairman of the House Ways and Means Subcommittee on Social Security, for his swift action urging the Social Security Administration (SSA) to stop developing a system to enter social security beneficiaries into the National Instant Criminal Background Check System (NICS), which, as we reported last weekend, is the Obama Administration's latest effort to deny millions of Americans their Second Amendment rights without due process.

"If left to their own devices, President Obama’s Social Security Administration would be free to implement the largest gun grab in American history,” said Chris W. Cox, executive director of the NRA-ILA. “The NRA appreciates Chairman Johnson’s swift action to put a halt to this outrageous scheme that would deny millions of Americans a fundamental constitutional right because they need or want help managing their finances."

According to a published news report, the SSA is considering a policy to provide the names of social security and disability beneficiaries who have a “representative payee” to the NICS. Once entered into the NICS, a person loses their Second Amendment rights and is prohibited from possessing or owning a firearm. If implemented as reported, this would instantly deny more than four million Americans their Second Amendment rights based on their willingness or ability to manage their finances.

"The Obama administration will stop at nothing to strip as many people as possible of their Second Amendment rights,” Cox said. “The NRA will employ all means available to prevent the implementation of such a widespread injustice.”

The Veterans Administration (VA) has already implemented a similar program to designate veterans as “prohibited persons” when they have a fiduciary assigned to administer their VA benefits. Like the SSA program described above, the VA procedures are also devoid of significant due process protections. To date, 177,000 veterans have been denied their constitutional rights based on their inability to manage their financial affairs.

The SSA’s actions stem from a 2013 Obama administration memorandum. The memorandum directed numerous government agencies to comb their records and identify any information that could be “relevant” to identifying dangerous and mentally unstable people for NICS reportage. Currently, federal prohibitions against acquiring or possessing firearms apply to felons, drug addicts, those adjudicated as "mentally defective" and others convicted of certain violent misdemeanors. The prohibition the SSA is reported to be developing would expand the current criteria to include those receiving benefits who need or want help managing their money.