Please contact members of the Administration Regulation Review Subcommittee and urge them to support our state biologists in expanding bear hunting in Kentucky!

On Tuesday, July 14th, the Administrative Regulation Review Subcommittee will be considering modifications to expand the bear hunting season, quotas, and geographic range that may be hunted.  These changes have been prompted by and based upon recommendations by the Kentucky Department of Fish and Wildlife Resources and their wildlife biologists.

Under the proposed changes, the current quota of 25 bears harvested per year would be increased to 35.  KY Fish and Wildlife Resources shows through data and scientific research, that the increase in harvest numbers are supported by a significant increase in a healthy black bear population.  The black bear population of Big South Fork increased by an exceptionally high rate of 18.3% from 1998 to 2012, and is thriving under current conservation efforts.  Genetic research has also shown that there is significant migration and breeding between the bear populations of Kentucky and those of neighboring states, which also have robust bear populations.  As a result, this slight increase in bear mortality from expanded hunting will be offset by this natural migration and range expansion and would not threaten the genetic diversity of the bears in Kentucky.

Also under the proposed changes, the number of female bears taken per season would not change and would stay at the current allowable harvest number.  This means that if at any point during a legal hunting season this threshold was met, then the legal hunting season for ALL bears would be concluded.

Recently, The Humane Society of the United States (HSUS), an organization who raises upwards of $130 million dollars annually to steal away your time honored hunting traditions through misinformation and scare tactics, has come out in opposition to these changes regardless of the fact that they are shown to be sustainable by sound science.

The baseless claims expressed by HSUS in opposition to this expanded hunting season have been clearly refuted by the KY Department of Fish and Wildlife Resources, but facts have never gotten in the way of HSUS pushing their anti-hunting agenda before.

Please plan on attending this hearing, if possible, to express your support for expanding bear hunting in a sustainable manner that is backed by conservationists and scientists.  This hearing will be held on July 14th at 1:00 p.m. in Room 149 Annex at the State Capitol building.  If you are unable to attend, please take a moment to contact the committee members to urge them to support these changes. 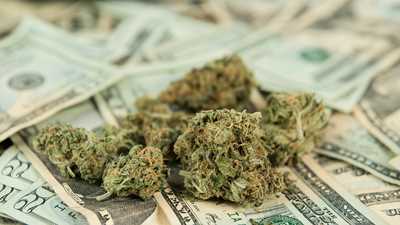 Wisconsin: Constitutional Carry Introduced in Sporting Freedom Package
In These 11 Cases, a Firearm Saved the Owner or Others