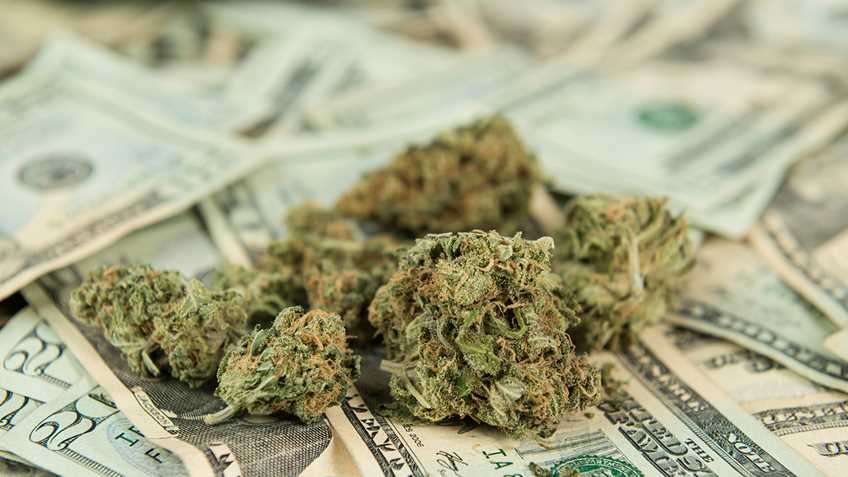 By now, knowledgeable members of the pro-gun community are well aware of Operation Choke Point (OCP) and its effect on lawful firearm-related businesses. As we have often reported (here, here, and here, for example), OCP is a deliberate attempt by federal regulators to pressure banks to sever or avoid business relationships with legitimate industries that are considered politically objectionable, including firearms and ammunition sales. The House Oversight and Government Reform Committee has issued reports condemning the participation of both the Federal Deposit Insurance Corporation (FDIC) and the Department of Justice (DOJ) in the program. Internal investigators at both agencies have also launched their own probes into allegations of abusive practices under the guise of OCP.

According to a recent article by State Net (a provider of legal research tools), however, the administration’s use of banking regulators for political purposes goes both ways.

Titled “Cashed Out: Legal Weed Outlets Flush In Cash Struggling To Find Banks,” the piece recounts the “unique problem” facing prosperous marijuana businesses operating legally under state laws that are finding banks reluctant to provide them with services. This is perhaps not surprising, given that marijuana distribution is still, after all, a federal crime, and banks that knowingly do business with marijuana dispensaries could expose themselves to criminal prosecution. According to the article, “That prohibition could even chain out to include security companies that provide legal weed outlets with security or transportation services.”

Yet who’s seeking to “mitigate the problem” of banks shying away from participating in actual criminal activity? Why none other than Obama’s Treasury Department and DOJ. According to the article:

[The U.S. Treasury Department’s] financial enforcement arm, the Financial Crimes Enforcement Network or FinCEN, issued guidelines in 2014 that gave banks a pathway for dealing with marijuana businesses. Those include a requirement that such businesses take responsibility for making sure their marijuana clients are obeying the laws of their state and notify federal authorities of suspicious transactions. Other actions have since followed, including a Department of Justice directive to U.S. Attorneys ordering them not to prosecute banks that deal with pot sellers as long as the banks adhere to federal guidelines.

Considering how lawful firearm and ammunition business have been systematically cut-off from access to necessary financial services by abusive government regulators, we just had to know if this was true. The short answer is “yes.” The administration’s position seems to be that it will ignore unlawful activity it doesn’t agree with, while attacking lawful activity it finds objectionable.

The FinCEN guidance document explicitly sets out to “enhance the availability of financial services for, and the financial transparency of, marijuana-related businesses.” In that vein, the document describes DOJ enforcement priorities for marijuana-related enforcement and counsels financial institutions to keep these in mind when making decisions as to whether or not to service marijuana-related businesses. It also provides advice for conducting “customer due diligence” and filing mandatory “suspicious activity reports” of varying detail depending on the bank’s assessment of the customer’s risk profile. The document concludes with reassurance that “FinCEN’s enforcement priorities in connection with this guidance will focus on matters of systemic or significant failures, and not isolated lapses in technical compliance,” and encourages banks to contact the agency with further questions.

DOJ’s memorandum directly addresses “ALL UNITED STATES ATTORNEYS” and is similarly blunt and to the point. While acknowledging that “provisions of the money laundering statutes, the unlicensed money remitter statute, and the Bank Secrecy Act (BSA) remain in effect with respect to marijuana-related conduct,” it points federal prosecutors to a limited list of eight enforcement priorities. These include such things as businesses that divert revenue from the sale of marijuana to criminal gangs and cartels and that “use … firearms in the cultivation and distribution of marijuana … .” It goes on to state, however: “Conversely, if a financial institution or individual offers services to a marijuana-related business whose activities do not implicate any of the eight priority factors, prosecution for these offenses may not be appropriate.” The DOJ memo does, however, insist that is merely “a guide to the exercise of investigative and prosecutorial discretion” and “does not alter in any way the Department’s authority to enforce federal law, including federal laws relating to marijuana, regardless of state law.”

Ironically, a number of the “due diligence” steps the memos mention as a means of facilitating the provision of financial services to state-legal marijuana businesses are, in the context of doing business with firearm-related companies, among the forces driving banks to drop customers. This is likely because banks are being systematically indoctrinated by federal regulators to consider firearm businesses as inherently risky, if not inherently criminal. Yet unlike marijuana sales, sales of firearms and ammunition are not only legal, but even as an Obama-appointed judge acknowledged, protected by the Second Amendment itself.

That’s a distinction that’s apparently lost on the Obama administration, however, which certainly never lets “details” like democratically-passed laws (or even constitutional amendments) get in the way of its relentless political agenda, a defining priority of which is to undermine lawful gun ownership.

California: Two Anti-Gun Bills to be Heard in Committee 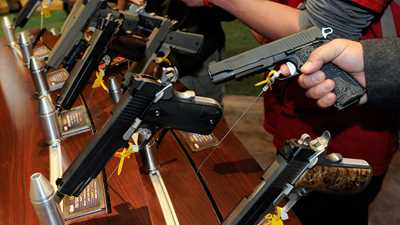