In mid-April, Sen. Chuck Grassley, R-Iowa, brought some renewed attention to the plight of a growing number of veterans who have been unjustly stripped of their Second Amendment-protected rights. In an April 14, 2015, letter to then-Attorney General Eric Holder, Grassley took the Department of Veterans Affairs (VA) to task for over-reaching policies that have resulted in the names of well over 100,000 veterans and dependents being placed in the FBI’s National Instant Criminal Background Check System (NICS) as prohibited from possessing firearms.

Federal agencies are required to forward information to the FBI about individuals who have been disqualified by agency action from legally possessing firearms. This includes information about disqualifying mental health “adjudications” and “commitments.” The VA’s interpretation of what constitutes a disqualifying mental health adjudication, however, has resulted in widespread, unjustified deprivation of Second Amendment-protected rights and Fifth Amendment due process rights.

As Grassley’s letter pointed out, federal regulation allows the VA to determine whether its beneficiaries need a “fiduciary” to manage their benefits. Veterans who the agency determines need help administering their VA compensation are then labeled “mental defectives” and reported to NICS to be barred from firearm acquisition and possession, alongside the likes of felons, fugitives and the dishonorably discharged. The process of assigning a fiduciary, however, does not require the VA to consider whether the veteran actually poses a danger to himself or others or is seriously functionally impaired in any other respect. Indeed, the VA’s own website states, “The determination that you are unable to manage your VA benefits does not affect your non-VA finances, or your right to vote or contract.”

For veterans who choose to contest the appointment of a fiduciary, VA procedure offers scant protection. Typically, deprivation of a fundamental constitutional right requires significant due process, as required by the Fifth Amendment (for example, a criminal trial). As Grassley’s letter made clear, the procedures VA employs fall well below acceptable due process standards and place the burden of proof upon the veteran to seek redress after the fact.

NRA has long been aware of the ongoing abuses at the VA and has worked with our allies in Congress to remedy the situation. Since the 112th Congress, NRA has sought to advance the “Veterans Second Amendment Protection Act.” This legislation would require a judicial finding that a person under the VA’s care poses a danger to himself or others before the person could be considered to have been “adjudicated as a mental defective” and stripped of his or her firearm rights.

NRA appreciates Grassley’s work in bringing further attention to this shameful state of affairs. Moving forward, NRA will continue to pursue every avenue available to correct this wrong. 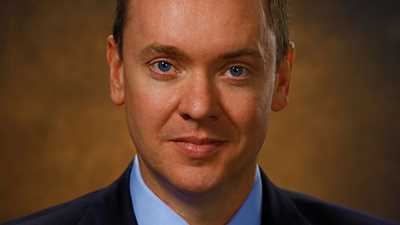