The wheels of justice ground to a halt again for D.C. gun owners on Friday. The U.S. Court of Appeals for the District of Columbia temporarily blocked a lower court's order that had mandated the District process concealed carry applications and disregard its "good" or "proper" purpose requirement.

The lower court's order arose in the case of Wrenn v. District of Columbia, in which the judge made a preliminary finding that the "good" or "proper" purpose requirement likely offends the Second Amendment and ordered the District to stop enforcing it.

As we have reported, the disputed provisions of D.C.'s law effectively empower the Metropolitan Police Department to deny concealed carry licenses even to applicants who meet all other qualifications, including successful background checks and completion of extensive firearm training.  In practice, the MPD denies most applications on the "good" or "proper" basis, and District officials have even acknowledged in court filings that the very purpose of the requirement is to limit the number of permits issued.

Second Amendment advocates can take some comfort in the fact that the "administrative stay" issued by the Court of Appeals revealed no opinion on the underlying merits of the case. The Washington Post quotes the court's order as stating, "The purpose of this administrative stay is to give the court sufficient opportunity to consider the merits of the motion for stay and should not be construed in any way as a ruling on the merits of that motion." In other words, the court wanted more time to consider whether or not the law should remain in effect while the District's appeal of the lower court decision was being resolved. Thus, the court might have thought preserving the status quo was the more moderate course of action while it explored the full range of issues presented by the underlying motion.

Whatever may have prompted the court's decision, it certainly isn't the last word in a case that has had many twists and turns. Before Wrenn was filed, the case of Palmer v. District of Columbia had determined that D.C. could not simply ban carrying in public for self-defense altogether. For at least a few days in the wake of that decision, D.C. had no authority to ban the carrying of firearms in many public areas, and reports emerged of people lawfully open carrying in the District for the first time in generations. District officials then hastily enacted a concealed carry licensing regime. Nevertheless, even after the decision in Palmer – which declared that bearing arms in public for self-defense is protected by the Second Amendment – D.C.'s antigun officials still insisted that D.C.'s police chief must have discretion over who can and cannot exercise that right. That resulted in the Wrenn lawsuit.

We can only hope at this point that D.C.'s long losing streak on Second Amendment litigation will continue. In the meantime, however, D.C.'s law-abiding residents and visitors will once again face a decisive disadvantage against the armed criminals who continue to prowl D.C.'s streets. And for that, the criminals can thank the District's antigun (although heavily guarded) powers that be. 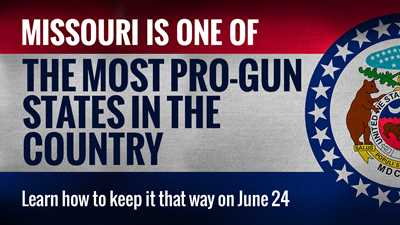