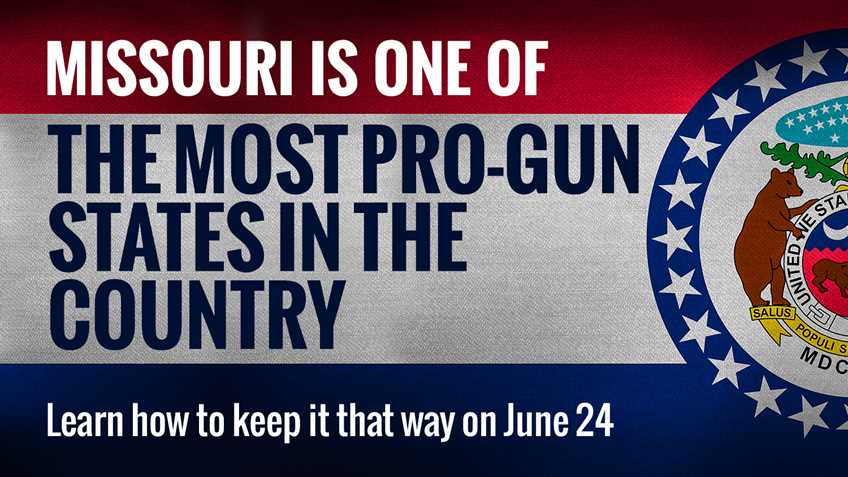 Billionaire politician Michael Bloomberg is funding numerous gun control front groups across the country, all of which are systematically trying to dismantle the Second Amendment.

You may be asking, "What does that have to do with Missouri?"

The answer is too many gun owners, in too many states, have ignored these anti-gun groups until it was too late.

Take Oregon for example. The citizens of Oregon thought they were living in a pro-gun state. Then SB 941—a so-called "universal" background check—passed, after an expensive misinformation campaign paid for by Michael Bloomberg. With the passage of SB 941, the state of Oregon made a big step closer to gun registration.

Fortunately, with your help, these anti-gunners can be stopped.

In Vermont, Bloomberg outspent the NRA 5 to 1 in an attempt to pass a so called "universal" background check bill.  Thanks to politically active gun owners who learned from other states' mistakes, he lost.

In Nevada, NRA members recently delivered a devastating blow to Bloomberg by passing legislation that expanded the Castle Doctrine and abolished registration in Clark County.

The key to these victories? An informed pro-gun community that developed relationships with state legislators.

Wednesday, June 24, Representatives Kurt Bahr and Ron Hicks, Senator Bob Onder and your NRA will be in O'Fallon to talk about how you can successfully influence the outcome of gun-related legislation in Springfield and elect enough pro-gun legislators to prevent Michael Bloomberg from gaining a toehold in the Show-Me State.

By starting NOW, we can build a strong defense in Missouri against outside attacks on our gun rights.

This event is totally free.  Will you join us?

Consider this, if ONLY THREE representatives in Oregon had voted in favor of gun rights, Oregonians would not now be faced with a deeply flawed new gun control law and the threat of future gun confiscation.

Remember politicians work for the voters, not the other way around! YOU can influence your legislators.  Join us in O'Fallon on June 24 to learn how!