In unfortunate news for gun owners in West Virginia, earlier today, Governor Tomblin vetoed Senate Bill 347 after the Legislature showed overwhelming bipartisan support for the bill.  Last week, the House of Delegates passed the NRA-backed bill by a 71-29 vote after it was passed in the state Senate on February 27 by a 32 to 2 vote.  SB 347 was unnecessarily vetoed due to the spread of misinformation.  West Virginia already allows for permitless open carry and this bill would have simply applied the same requirements while allowing individuals to protect themselves in the manner that best suits their needs, such as carrying while wearing a coat or carrying a firearm in a purse.  Overwhelming research shows permitless concealed carry legislation has greatly benefited law-abiding gun owners in states where it has passed, with no negative effect on public safety.  NRA thanks you for your active support as this bill progressed through the state Legislature.

As previously reported, three other pro-gun bills, Senate Bill 284, House Bill 2128, and House Bill 2636, are still awaiting a signature from Governor Tomblin and your urgent action is needed in support of these bills!

Last week, SB 284 passed unanimously in the House of Delegates on March 12.  Introduced by state Senator David Nohe (R-3), SB 284 would require that a chief law enforcement officer (CLEO) sign an application for the transfer of any item regulated under the National Firearms Act (NFA) within 30 days if the applicant is not prohibited by law from receiving it.  By removing any possibility of personal bias and creating a statewide standard, SB 284 would protect the rights of law-abiding gun owners across the Mountain State.

HB 2128 passed unanimously in the state Senate on March 11 and was concurred on in the House on March 12.  Introduced by state Delegate Gary Howell (R-56), HB 2128 would permit individuals with a concealed handgun license to legally store a firearm in their private vehicle on state Capitol grounds.

HB 2636 passed in the state Senate and was concurred on in the state House on March 14.  Introduced by state Delegate Michael Folk (R-63), would exempt information contained in a concealed handgun license application from the Freedom of Information Act.  This respects all law-abiding concealed carry holders’ right to privacy by closing to the public the list of residents with concealed carry licenses.

It is critical that you contact Governor Tomblin immediately and encourage him to sign SB 284, HB 2128 and HB 2636 into law.  He only has until April 4th to act on these bills.

B. Todd Jones Out at BATFE 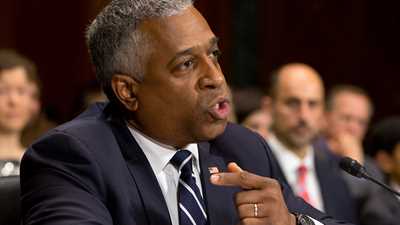