As previously reported, four pro-gun bills were passed in the West Virginia Legislature last week and are awaiting a signature from Governor Earl Ray Tomblin (D), and your urgent action is needed in support of these bills.

Last week, in an overwhelming show of bipartisan support, the House of Delegates passed NRA-backed permitless carry, Senate Bill 347, by a 71-29 vote and then the Senate concurred with the House changes.  SB 347 was transmitted to Governor Tomblin yesterday, and it is still awaiting his consideration and signature.  However, SB 347 is in danger.  Anti-gun extremists, including former New York City Mayor Michael Bloomberg and his affiliated anti-gun groups, are heaping a tremendous amount of pressure on Governor Tomblin to veto this bill.

It is critical that you call and email Governor Earl Ray Tomblin TODAY and every day until he signs SB 347 into law.  Please politely ask him to SUPPORT AND SIGN Senate Bill 347.

SB 347 would recognize your right to legally carry a concealed firearm without the requirement of having to obtain a costly and time-restrictive Concealed Handgun License (CHL), while still keeping the current permitting system so that people who obtain a permit could still enjoy the reciprocity agreements that West Virginia has with other states across the country.  The version of SB 347 being sent to Governor Tomblin for his signature was a combined effort between the NRA, the West Virginia Citizen’s Defense League and the West Virginia Sheriff’s Association to act in good faith to make a better bill for all those involved.  The adopted committee substitute changes the age for those who can legally carry from 18 to 21, adds enhanced penalties for felony crimes with a firearm and allows for the recouping of legal fees from unlawful permit denials.

Also last week, Senate Bill 284 passed unanimously in the House of Delegates on March 12.  Introduced by state Senator David Nohe (R-3), SB 284 would require that a chief law enforcement officer (CLEO) sign an application for the transfer of any item regulated under the National Firearms Act (NFA) within 30 days if the applicant is not prohibited by law from receiving it.  By removing any possibility of personal bias and creating a statewide standard, SB 284 would protect the rights of law-abiding gun owners across the Mountain State.  SB 284 was transmitted to Governor Tomblin yesterday.

House Bill 2128 passed unanimously in the state Senate on March 11 and was concurred on in the House on March 12.  Introduced by state Delegate Gary Howell (R-56), HB 2128 would permit individuals with a concealed handgun license to legally store a firearm in their private vehicle on state Capitol grounds.  HB 2128 was also transmitted to Governor Tomblin yesterday.

House Bill 2636 passed in the state Senate and was concurred on in the state House on March 14.  Introduced by state Delegate Michael Folk (R-63), would exempt information contained in a concealed handgun license application from the Freedom of Information Act.  This respects all law-abiding concealed carry holders’ right to privacy by closing to the public the list of residents with concealed carry licenses.  HB 2636 was also transmitted to Governor Tomblin yesterday. 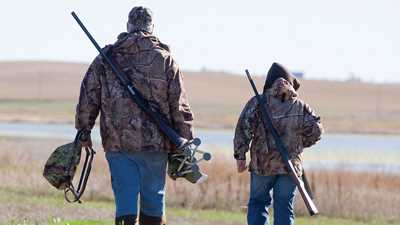