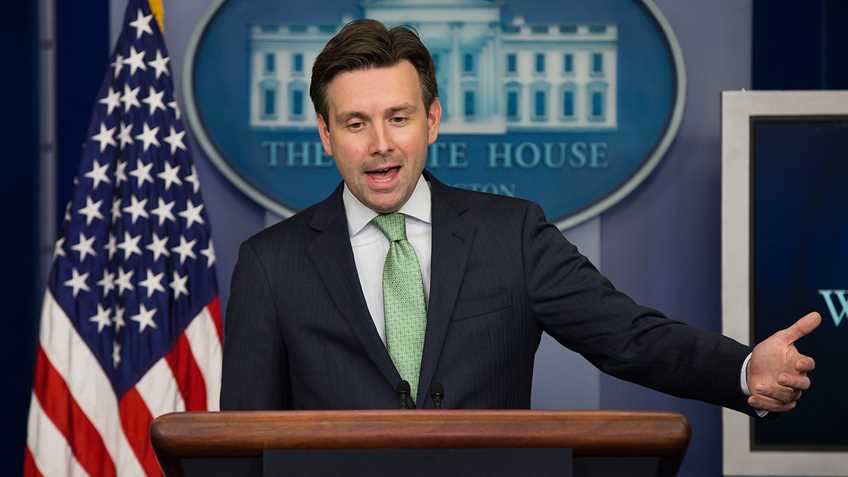 On Monday, White House press secretary Josh Earnest said that President Obama supports the Bureau of Alcohol, Tobacco, Firearms and Explosives'--which is to say, President Obama's--ongoing attempt to ban M855-type AR-15 ammunition. Obama "has long believed that there are some common sense steps that we can take," Earnest said. "[E]veryone should agree that if there are armor-piercing bullets available that can fit into easily concealed weapons, that it puts our law enforcement [officers] at considerably more risk."

For starters, notice Earnest's words "everyone" and "common sense." As investigative journalist Sharyl Attkisson recently explained, the use of such words is an "astroturfing" technique designed "to give the impression that there's widespread support for or against an agenda when there's not."

In reality, Obama's attempt to ban the second most popular ammunition for the most popular rifle in America is being widely and vigorously opposed. More than half the members of Congress have signed House of Representatives Judiciary Committee Chairman Bob Goodlatte's (R-Va.) letter to BATFE director R. Todd Jones opposing the ban. Strong opposition is also expected with a Senate opposition letter being spearheaded by Chairman of the Senate Judiciary Committee Chuck Grassley. Large numbers of gun owners are contacting Congress, urging opposition to the ban. Gun owners are also contacting BATFE to convey their reasons for opposing the ban. (To assist gun owners, NRA-ILA provided initial information about the ban on February 13th, and additional details on February 18th.)

Furthermore, many in the law enforcement community oppose the ban. WND.com reports that the law enforcement officers it interviewed disagreed with the administration's characterization of M855 as a special threat to men and women in blue. Asked if any law enforcement officers had been killed or seriously wounded by M855 fired from a handgun, Milwaukee County, Wisconsin, Sheriff David Clarke, Jr., said, "Not in my jurisdiction. We're doing a search nationwide . . . but so far we haven't found anything." Similarly, Sgt. Dana Pierce, of the Cobb County Police Department, near Atlanta, said he's never heard of any officer being shot at, or even threatened, by a criminal wielding an AR-15 handgun.

Then there's the White House's implication that AR-15-type handguns are "easily concealed weapons." Naturally, the same idea is being pushed by the BATFE. In its Framework explaining the ban, BATFE says AR-15-type handguns pose a "significant threat" to law enforcement officers, implying that they are "small, concealable firearms." Not surprisingly, one of Michael Bloomberg's Everytown operatives, Mark Glaze, is "on message" with the administration, recently telling Fox News, "what you're worried about is handguns that are cheap, small, and easy to conceal, if they can carry bullets that can cut through your Kevlar vest." Maybe the White House meant "Everytown" when it said that "Everyone" supports the ban.

The "cheap-small-and-concealable" talking point must be another example of the Obama administration and its supporters thinking "the American people are too stupid" to sort fact from anti-gun fiction. In reality, an AR-15-type handgun is very expensive and, at about six pounds in weight and two feet in length, it's a contender for the "Least Small, Least Easy-to-Conceal Handgun" on the planet.

Gun control supporters have a warped sense of the difference between large and small, of course. For them, a magazine that can hold over 10 rounds is too "large," so they must think that any handgun that isn't mounted on a tripod, bolted to a flat-bed trailer, is too "small."

However, they would be making a mistake to believe that law enforcement officers are going to line up in lock-step with their theories about AR-15-type handguns.  The Springfield, Missouri, News-Leader reports that 17-year veteran police officer Brent Ball said that such a handgun would be difficult for a criminal to conceal because of its size. "As a police officer, I'm not worried about AR pistols because you can see them. It's the small gun in a guy's hand you can't see that kills you."

Furthermore, virtually any center-fire rifle bullet will penetrate a soft vest. This is why the 1986 "armor piercing ammunition" law (see paragraph (a)(17)), which the BATFE is mischaracterizing in order to justify its ban, was designed to restrict armor-piercing handgun ammunition, but to exempt rifle ammunition.

As we have previously noted, BATFE's effort to ban M855 has potential ramifications for ammunition generally. As ammunition technology evolves, and as anti-gun and anti-hunting organizations advance their campaigns to get a ban on lead bullets, BATFE's abuse of its regulatory authority could jeopardize the availability of ammunition generally.

BATFE is still accepting comments on the proposed ban and will consider all comments received on or before March 16, 2015.  Please be sure to submit your respectful comments in opposition to the ban.

Again, comments will only be considered by BATFE if received by March 16, 2015. They may be submitted in any of three ways:

New Lawmakers Inform President of their Opposition to the U.N. Arms Trade Treaty 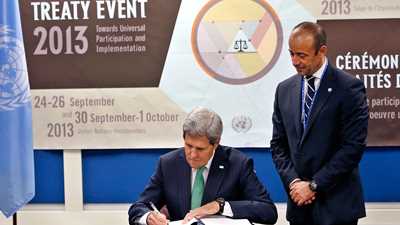